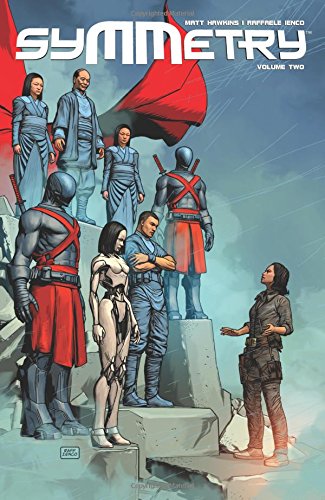 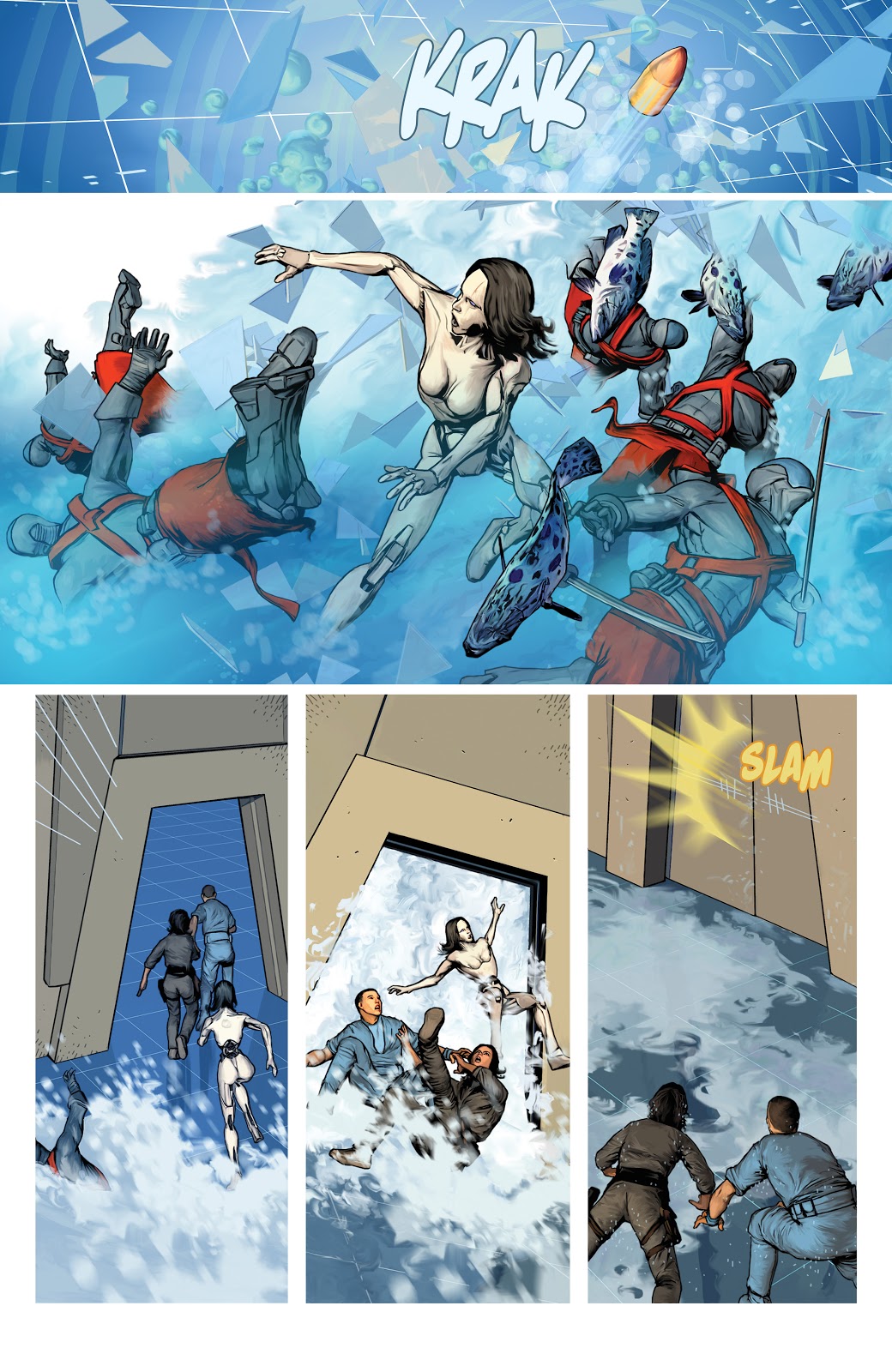 The core of most Utopian fiction is defining what has to be sacrificed for the betterment of everyone, and how much of an ask that is. Whether you’re prepared to wear a mask on public transport would be a low level ask, while being compelled to sacrifice a kidney for someone who needs one ranks a little higher. These aren’t raised, but the success is that they and other thoughts are prompted by what is. In Symmetry Volume One Matt Hawkins explored a society where diversity was banned, a consequence of which was institutionalising racism. Or is it institutionalised if humanity lives in four separate bubbles, each unaware people don’t all come with a single shade of skin? That’s the sort of talking point Hawkins raised in passing as he showed Michael going rogue, separated from the collective mind of his area and deciding he preferred it that way. He met a young Latin American woman who rapidly became pregnant, and agreement was reached with an artificial intelligence known as Sol that all records of their child’s existence would be eradicated. That’s changed.

Twenty years later Julia, a young woman of mixed race lives alone never having met another human, but aware of her world via her father’s journal. These write of her having a destiny and the capacity to change the world, but without specifying how.

Whereas most of Volume One was spent with the American population, this collection has Julia tour the world under Sol’s guidance, experiencing the other separated civilisations. As arranged this is a clever plan. None of the four separate Councils of Elders like Julia’s existence, yet all fear the consequences of just disposing of a problem by murdering her, but not everyone is as cautious. Hawkins continues to throw more questions to ponder at us, the relativity of truth or whether humanity can ever really discontinue violence, while Raffaele Ienco continues to dazzle with his bright, figurative art and his creative imagination.

What’s surprising for a series pondering some big questions is just how fast paced Hawkins ensures it is. Julia’s mission only really begins halfway through the first chapter of four, yet by the end Hawkins has laid out how his civilisation came about, resolved all problems and without short-changing on small emotional moments such as Julia meeting her Great Grandmother. For all the questions raised, and despite the violence, this is also a joyous experience due to the discoveries. There’s an immensity to the ending, a fitting and clever conclusion to an intelligent, idea-packed and thrilling series. “World-building” is a phrase all too easily applied to any fantasy or SF project, but very few creators match Hawkins’ ambition when it comes to carrying that out. The opening volume was good, but science fiction in comics doesn’t come much better than this.

As in the first volume, under the title of ‘Sociology Class’ Hawkins supplies an instructive essay about his creative process, the current science that’s prompted his thoughts and the pros and cons of various topics discussed, all with links for further exploration.