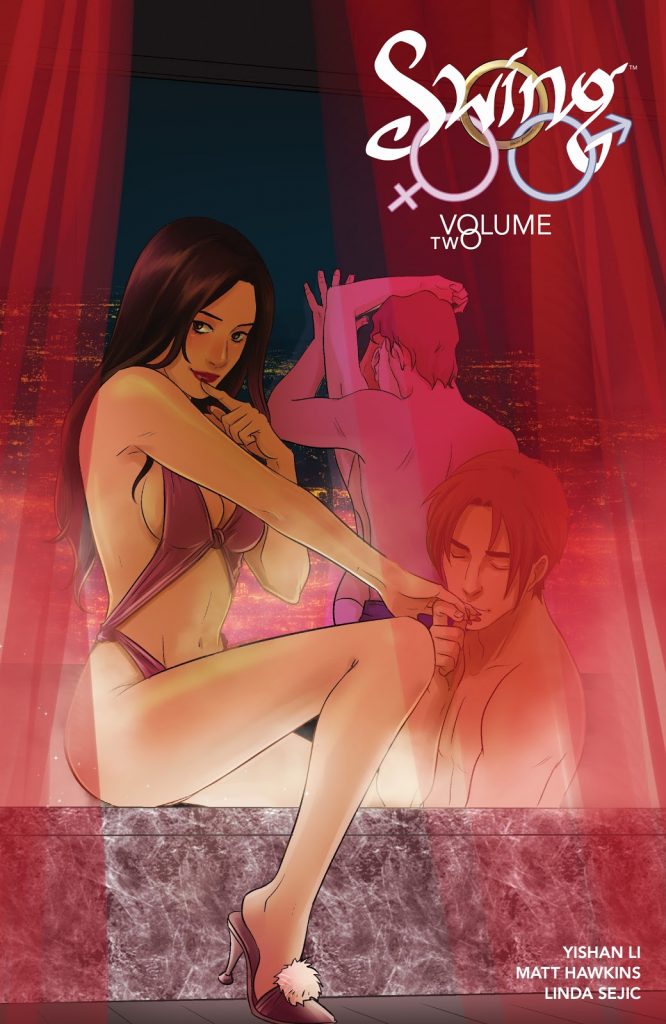 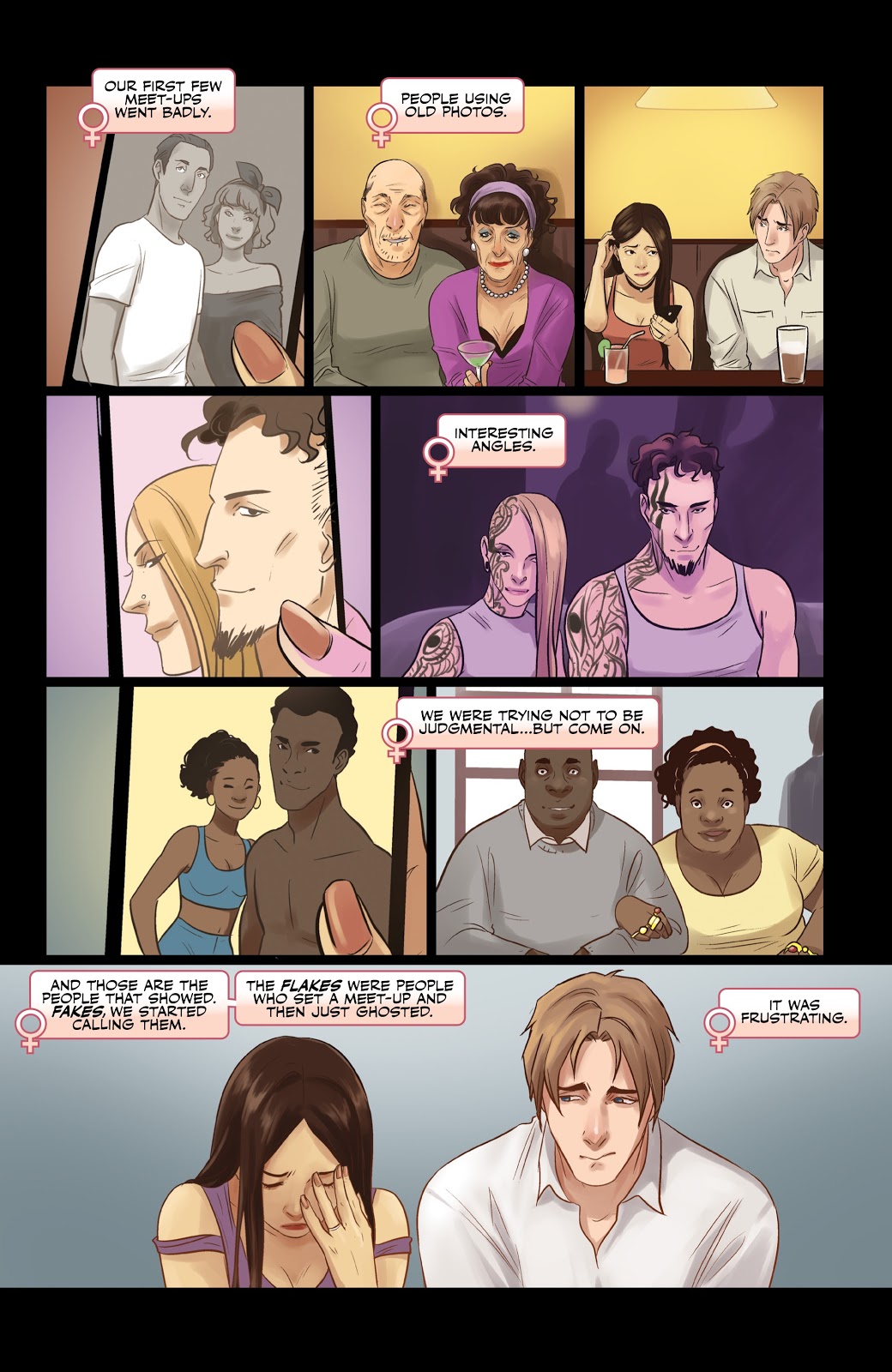 Cathy and Dan are an ordinary, if super attractive couple whose marriage has hit a rocky patch. They still love each other, but ten years on some spark has vanished. Attempting to restore it, Cathy suggests they try attending a swinger’s club, and with the fourth chapter Swing Volume One finally sprung into life.

This is a far more energised story, and the characters are rounded as more time is spent with Cathy and Dan outside their relationship. Events take place over several months, as Cathy and Dan become more comfortable in sexual situations with other people, and a nice touch is the acknowledgement that they have children, and how that can at times be awkward. A good viagra gag seals that. There are also more scenes set in the online fantasy game Dan plays. Online listings note Swing is connected with Sunstone, which exaggerates the case until Volume Three. Both are sexually explicit titles from Top Cow, but the tenuous connection is that characters in each play that online fantasy game.

Matt Hawkins is now the sole writer, and Yishan Li has taken over the art. She’s equally refined when it comes to drawing the cast and wherever they happen to be. People who might miss Linda Sejic’s illustrations will be pleased that she draws a back-up strip set in the fantasy world, in which Dan has either a nightmare or opens himself to a new experience depending on your point of view.