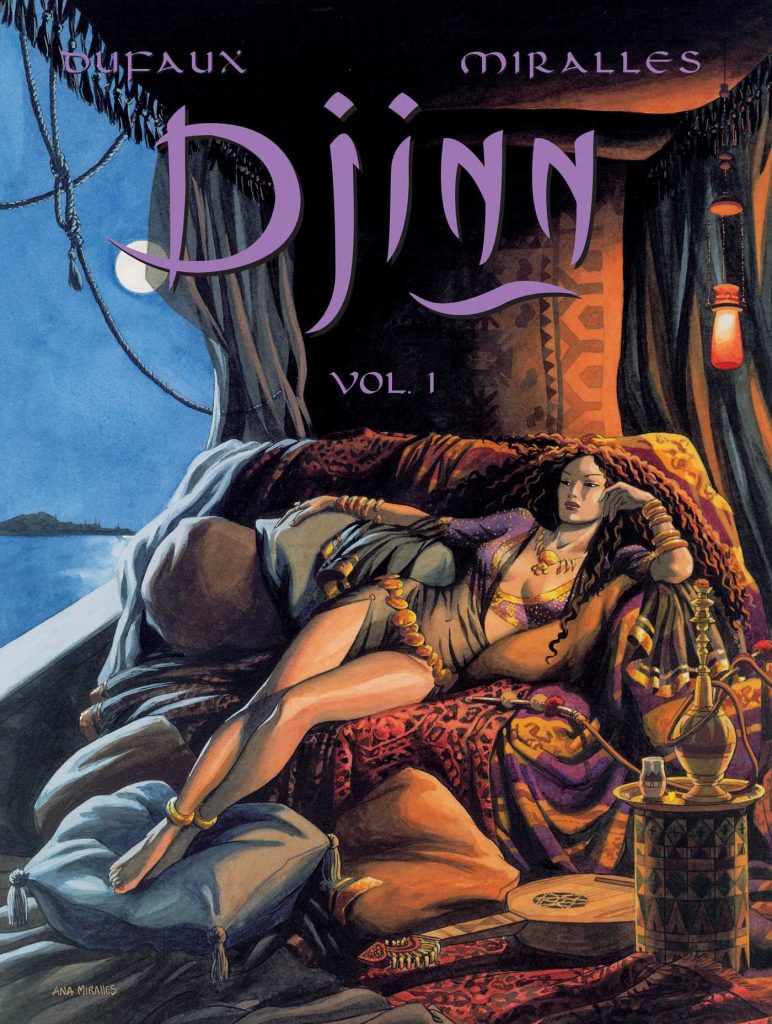 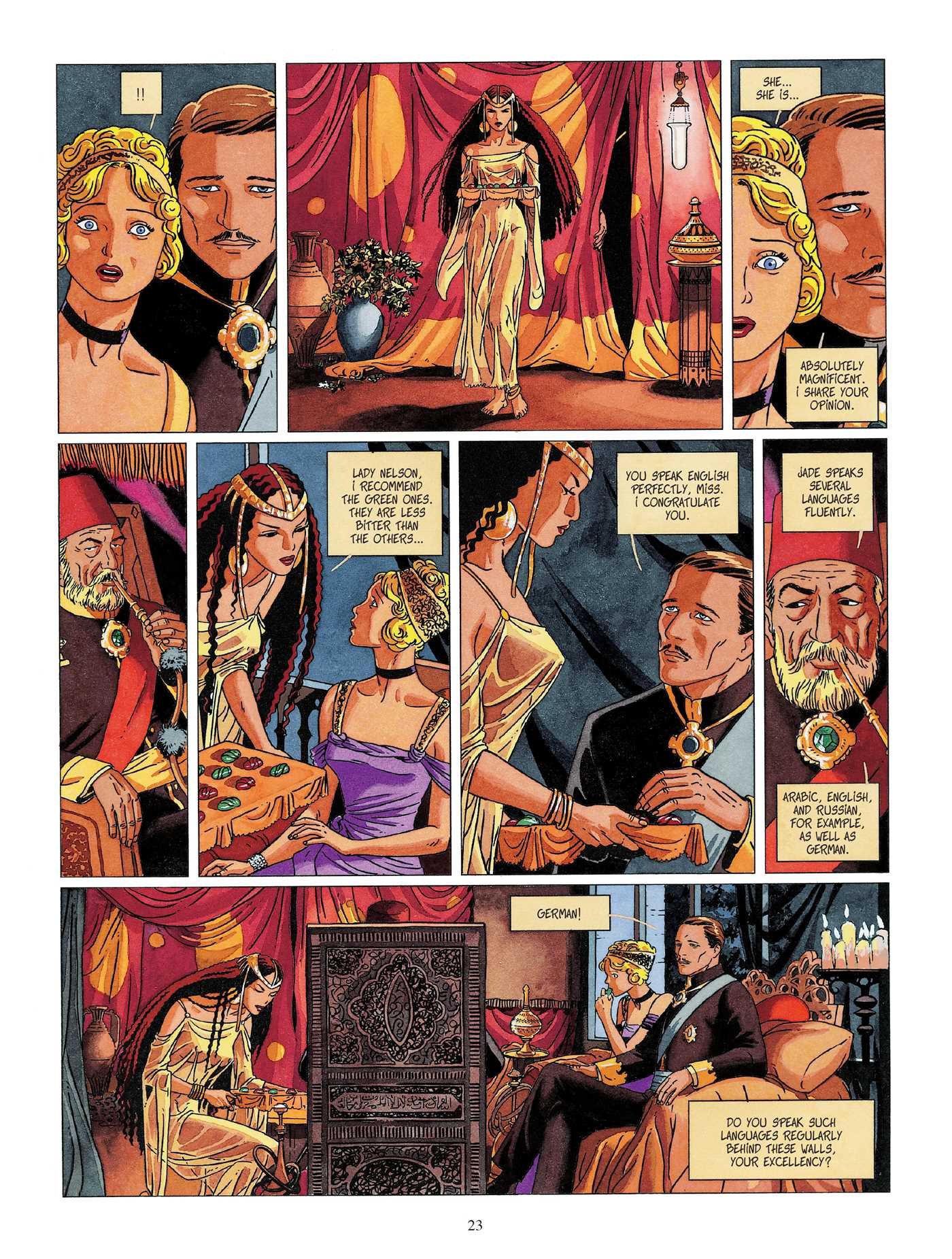 We’re introduced to Kim Nelson in the present day, a young British woman in Turkey searching for information about her grandmother. We learn very rapidly that the lengths to which she’s prepared to go for information greatly exceed where others would stop, but what motivates her search? She considers her grandmother a Djinn, or magical spirit in human form by our understanding, and is aware that she was the harem favourite of Turkey’s now obscure Sultan Murati in the years before World War I. The timescales just about work out when the original French publication date of 2001 is taken into account.

Dufaux then rapidly shifts back to 1912, introducing us to the Djinn, Jade by name, being informed how important it is that she bewitch a visiting dignitary, and how she’ll have the powers of the palace at her disposal. The following two pages display what a merciless person she is.

These opening chapters, ‘The Favourite’ and ‘The 30 Bells’ in European versions, switch back and forth through time, whereas most later episodes separate the past and the present, but both periods are finely constructed by Miralles. She provides lush scenery and townscapes, opulence where necessary, and has a refined figurative style when it comes to people, which is just as well as a lot of them are naked, although over this first book it’s exclusively women. Djinn, for the time being, isn’t equal opportunity titillation.

What Dufaux does to compensate is to restore the prestige of the harem from the common perception of merely being attractive partners on call. It’s an objectionable premise, but one that lived well into the 20th century, yet the expectation was of women who were greatly skilled beyond sexual arts and whose talents reached into matters of diplomacy and policy.

In both past and present much of what occurs is set around very powerful men who meet the world on their terms, who’re capable of merciless brutality, and who exploit women. However, Djinn runs deeper than that, rising above mere period erotica by exploring the complexities of desire. In the past Lady Nelson is transported from British society, still to all intents and purposes one of Victorian emotional suppression, to a venue where there are no inhibitions. Kim Nelson in the present is very different, personal freedom of expression taken for granted, yet how much of that will she sacrifice to get what she ultimately wants? Toward the end we learn what motivates her, the future she sees for herself, and learn who she believes herself to be. The contrast is underlined along with the similar experiences in the second chapter here.