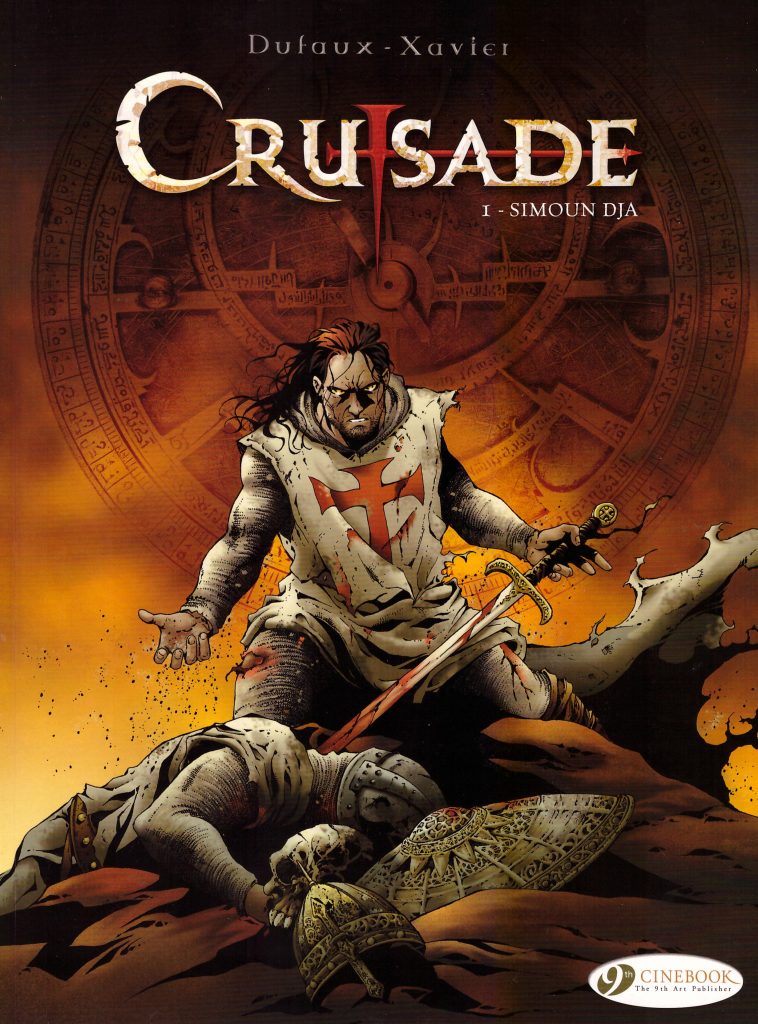 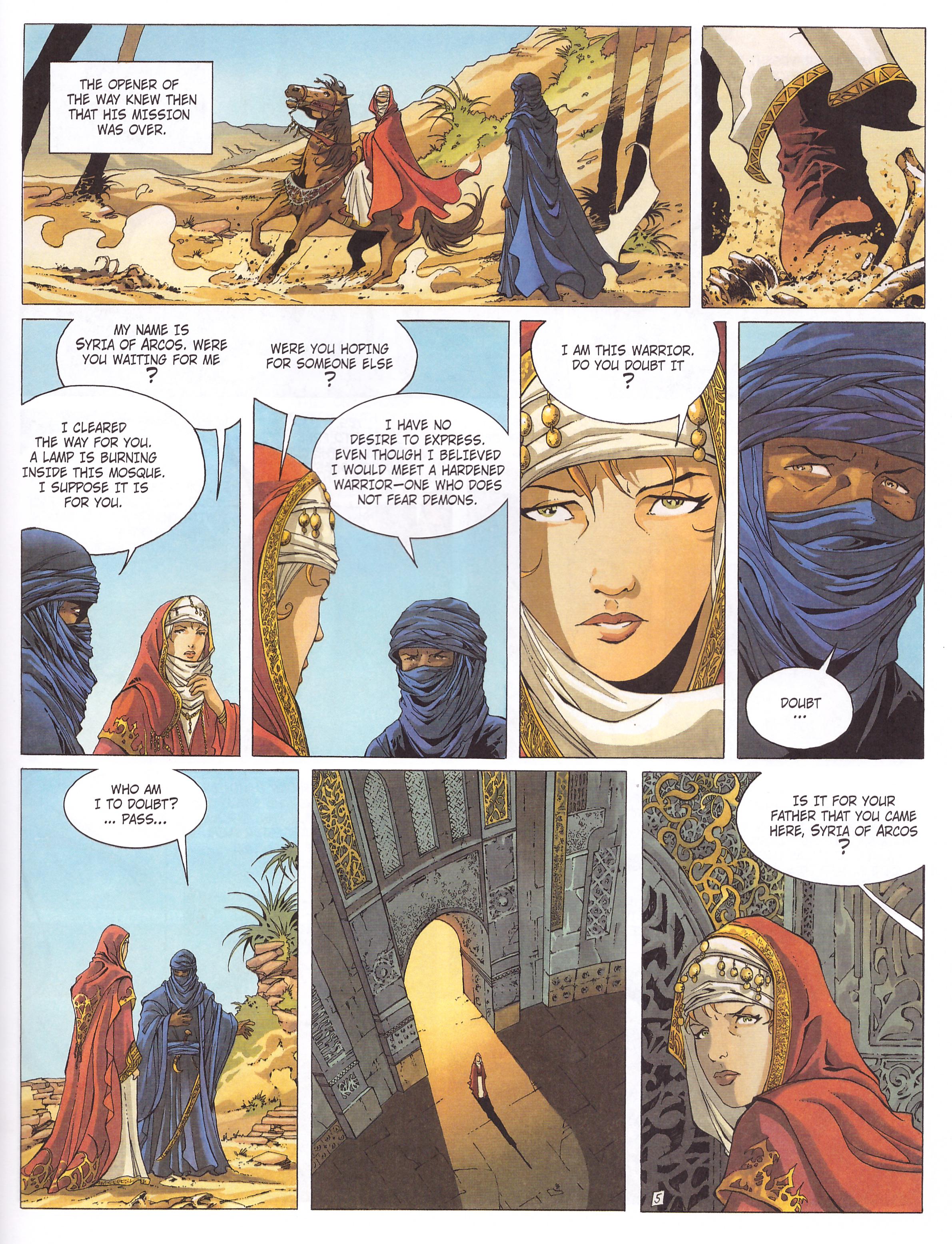 For all that the 21st century has been a golden era for English language availability of European graphic novels, very little work by Jean Dufaux has been translated. A check of his backlist on Bedetheque reveals 45 series extending beyond a single graphic novel since 1985, many of them four album cycles, and several running to well over ten volumes, yet as of 2019 only four series are available as English translations. It’s a strange discrepancy.

Dufaux’s speciality is the action thriller, often with a historical setting, and Crusade fulfils that remit. For those not up on their history, he opens with a two page documentation of the period between 1096 and 1270 when eight armies were sent to the Middle East by Catholic European monarchs under the banner of converting Jews and Muslims to their faith. The more world weary reader might consider treasure and territorial acquisition to be equally valid motivators. Dufaux doesn’t count the nutty Children’s Crusade, and ends his history lesson by noting there’s one crusade expunged from the history books, and that’s the story he’s going to tell.

He supplies a suitably enigmatic opening. A very capable female warrior enters a temple to be presented with a mirror that will reveal the truth about people pretending to be something else, showing their inner self rather than their reflection. It comes at a cost, though, Syria of Arcos being told “avoid the beauty of love, the tender gaze of a man and straight will be the path that leads you to knowledge”. It’s a price she stoically accepts before being on her way. For all their claims to espouse Christian values, we soon learn some among those leading the current crusade are selective regarding which elements of their faith they follow despite a certainty that God favours them.

Across the Cinebook line of translated graphic novels, there’s a phenomenally high standard of art, Europeans reckoning on a year to produce 48 pages rather than the two months available to American artists on standard material. Philippe Xavier provides an evocative past of cultural clash, each panel rich in either decorative detail or emotional resonance, and his battle scenes are phenomenal.

Dufaux at first tantalises with the episode title, but the Simoun Dja is something extremely powerful to be feared. He sets up the following episode by mentioning the equally intriguing Qa’dj. Most of this episode has been enthralling, but conventional historical fiction, with a few interesting anomalies whose presence increases as the ending approaches. By then we know where our sympathies lie, Dufaux having laid his table well and Xavier having delivered a feast. 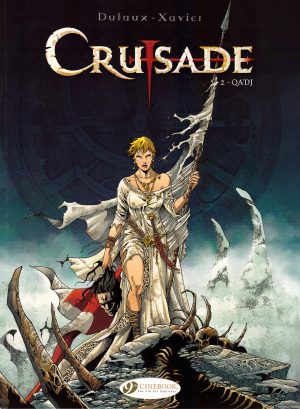 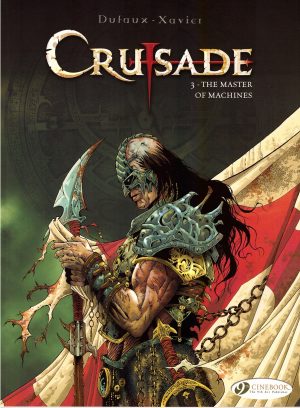 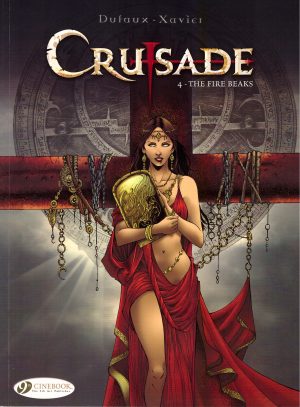