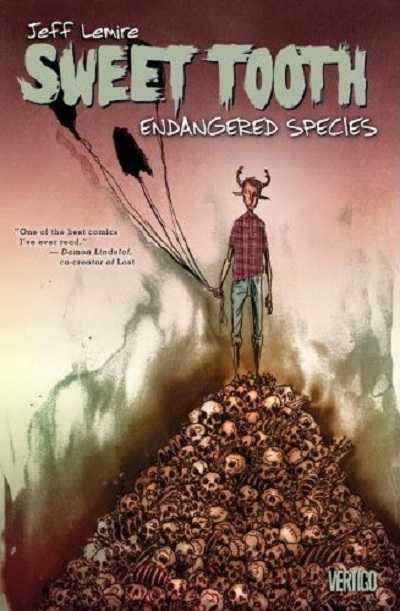 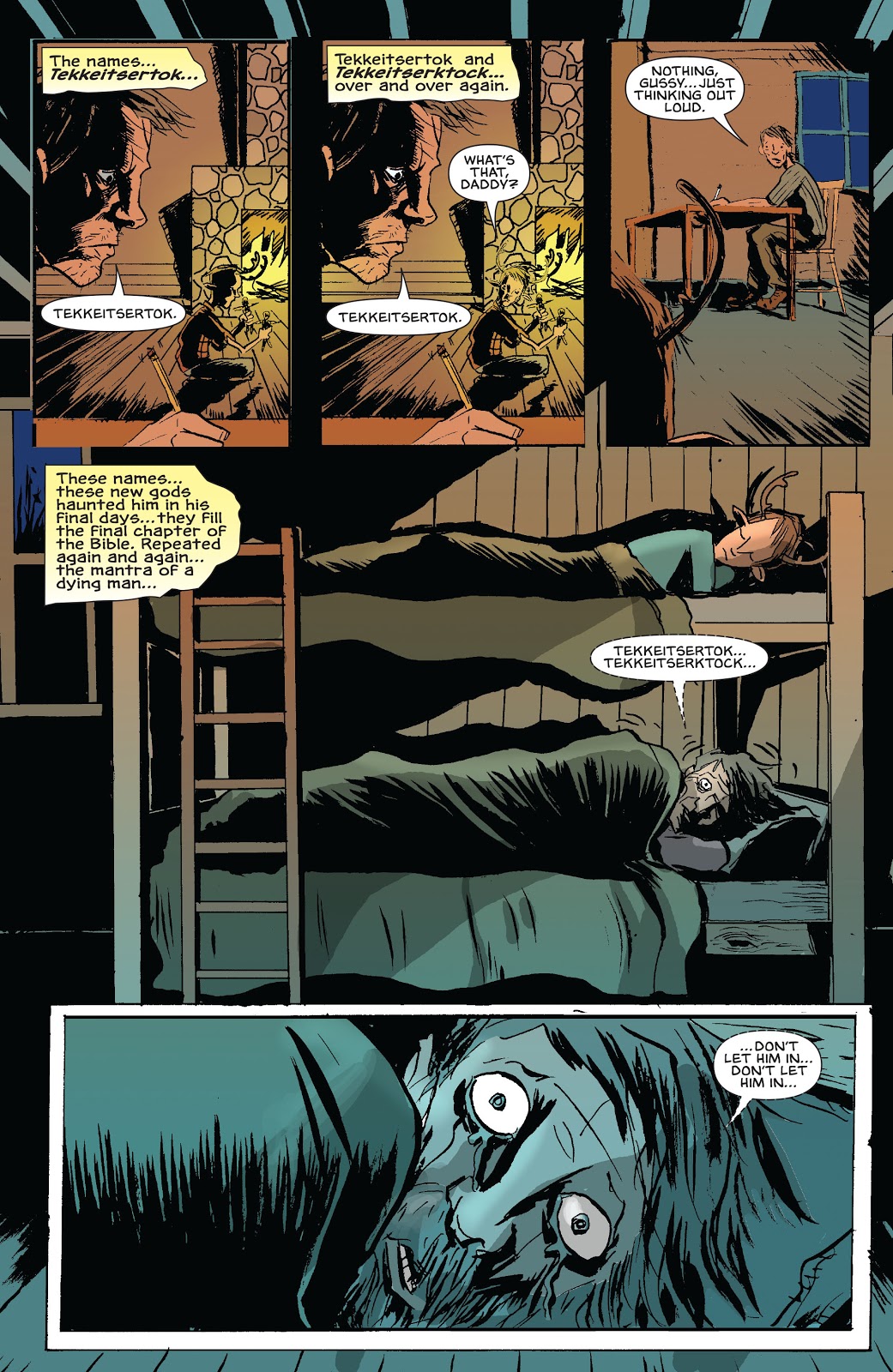 In all volumes of Sweet Tooth the opening chapter is a departure from storytelling expectation. Animal Armies began with Dr Singh’s notes, and Unnatural Habitats will abruptly shift the narrative focus. Endangered Species begins with a tale presented in landscape, much of it in text and illustration in the manner of a children’s book, and it’s set in a vacated mall at Christmas.

Another storytelling experiment here is to devote much of one chapter to the odd predictive dreams or visions Gus has been having. In isolation its surreal depiction may frustrate, particularly as Jeff Lemire’s plot release is deliberately slow, but once the entire series has been read it reveals a greater significance.

Lemire’s expressionism is continually effective. At first blocky, and to some eyes possibly crude, it distils a cast astonishingly. One technique he uses is to depict his characters with their eyes wide open, rendering those otherwise portrayed, or with their eyes hidden, as possibly morally suspect, although this isn’t a universal indicator. Lemire also collaborates with three very different artists who contribute a few pages looking back into the pasts of some characters. Matt Kindt’s looseness is the nearest to Lemire’s art, although Lemire is more accomplished, while Nate Powell and Emi Lennox have tighter styles, Powell very influenced by Will Eisner’s storytelling.

The main cast are again united, and again free, heading to Alaska where Dr Singh believes the disease that wiped out most of humanity originated. Jeppard has been supplied with an extra demon to wrestle with, and an additional reason to despise Douglas Abbot, head of the nearby militia, but the group’s luck appears to have turned when they chance upon a hydroponics facility and its sole inhabitant. This discovery, though, comes at a cost.

Singh’s interpretation of the notes left by Gus’ father is also divisive, casting some doubt on the motivations of others. There’s a reference to a White Demon “I believe he is a force more dangerous than all others, a force to be avoided at all costs”. Unfortunate, then, if Singh is correct, that this white demon accompanies them.

Despite what occurs to Gus, much of Endangered Species is the calm before the storm, an oasis of serenity. It’ll frustrate readers unable to immerse themselves in Lemire’s deft characterisation and let the story unfold at his pace, but he’s set his plot up beautifully, and it explodes in several directions in Unnatural Habitats. This is also combined with Animal Armies in the thicker format Deluxe Edition Book Two.