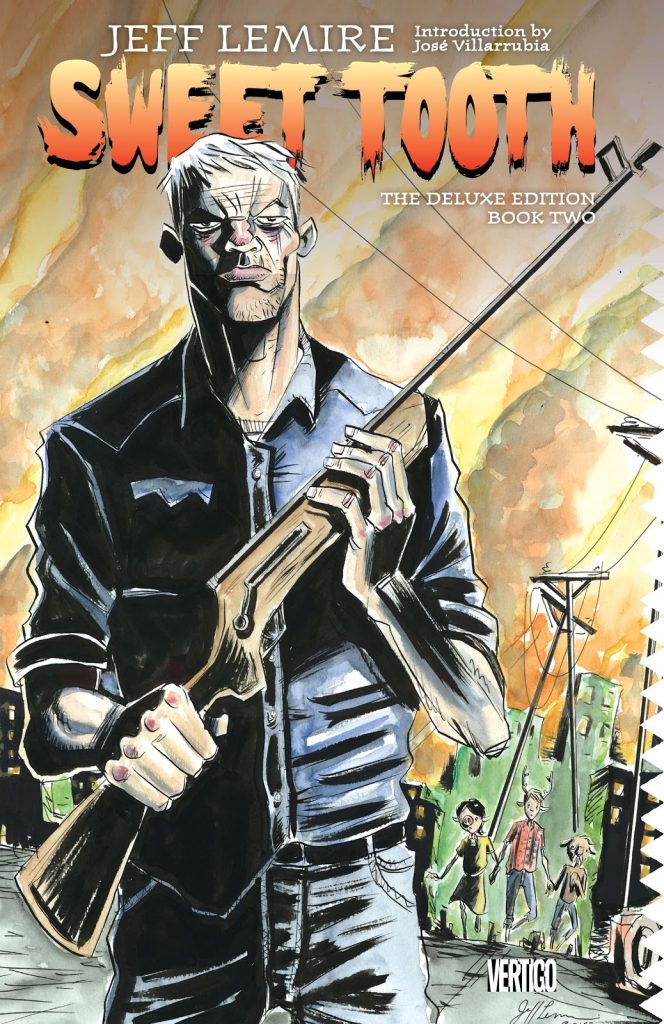 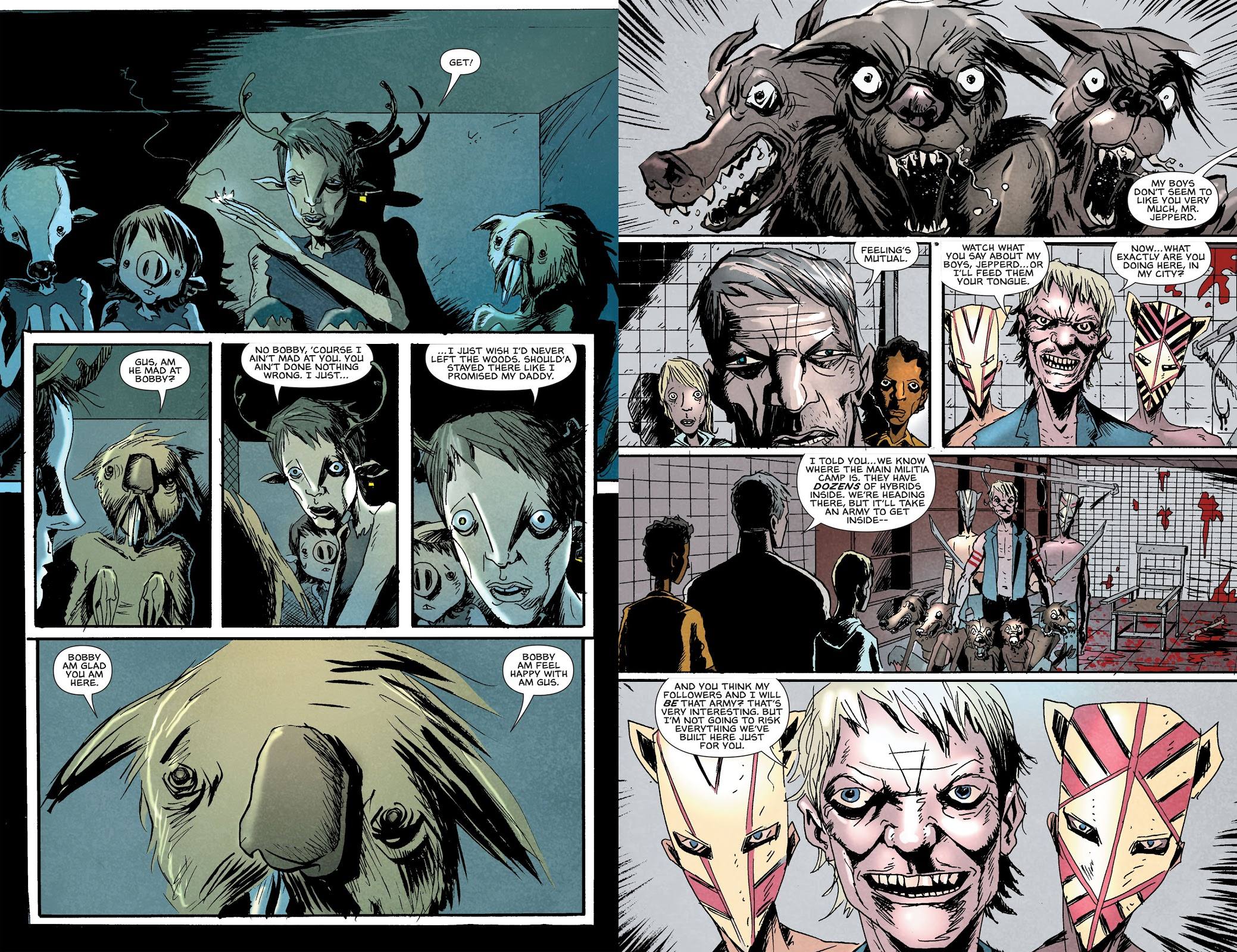 Many creators, especially those who’re heavily conceptual, shoot their bolt at the start of a story, all their effort expended on world building, but with that established they have little more to say. It’s pleasing, therefore, that Jeff Lemire’s second dose of Sweet Tooth is every bit as interesting, thrilling and well considered as the first. Having built his world, Lemire here more thoroughly explores its inhabitants.

On a post-apocalyptic Earth the only children born for years have been a form of animal hybrid. Gus, our lead character, part deer, is one of them, now sitting in an internment camp where the possibly deranged Doctor Singh has theorised Gus may have been the bringer of the apocalypse. As Book One finished Gus and his friends intended to break out of the camp, while a set of dangerous people are planning to fight their way in. Gus has already learned life in the world outside is terrifying, yet that within the compound is even more so.

Sweet Tooth is so compelling due to the richness of the cast. Most can be summed up by a single adjective, yet they’re provided with the motivation that fleshes them out. The most complex is Doctor Singh, in effect the person who explains the bigger picture of what may have happened, a man who’s trashed ethical boundaries, yet who has a tragic past and spiritual nature. He’s discovered the strange and impenetrable journals kept by Gus’ father, and is attempting to decipher them. “The black-eyed monster waits in the fire as well”, he reads, “and even the White Devil fears this monster”. Are they addled ravings or genuine prophecy? The children remain innocents, but barely anyone else lacks blood on their shoes. Despite that, in almost every case, Lemire provides some understanding beyond a terrible world cultivating terrible people. More of those are introduced, even worse than the monsters we’ve already met.

Book One ended with a form of wordless chapter, and Lemire continues to experiment with his storytelling methods, although never to the detriment of clarity. There’s a text and illustration chapter printed in landscape format, necessitating turning the book, several guest artists contribute a few pages, each looking back into the past, there’s a long dream vision, and some chilling feral wolf hybrids. The impressionistic art continues to be a wonder of joined squiggly lines, yet so, so expressive. Colourist Jose Villarrubia provides the introduction, and his toned down shades and thoughtful leaps into brightness are as intelligent as the inked art.

Lemire never forgets horror is his chosen genre, yet this can take different forms. It doesn’t always have to be a human threat. There’s a phenomenal sequence of Gus and Jeppard menaced by a bear, counterpointed by Lemire with the possibility of safety so near. By the end of this collection salvation has been dangled several times in the series, and it’s beginning to seem as if some form of sacrifice will be necessary. It’s another compulsive read. This material was previously issued as most of Animal Armies and Endangered Species, and greater information about the individual plots can be found by following the links.