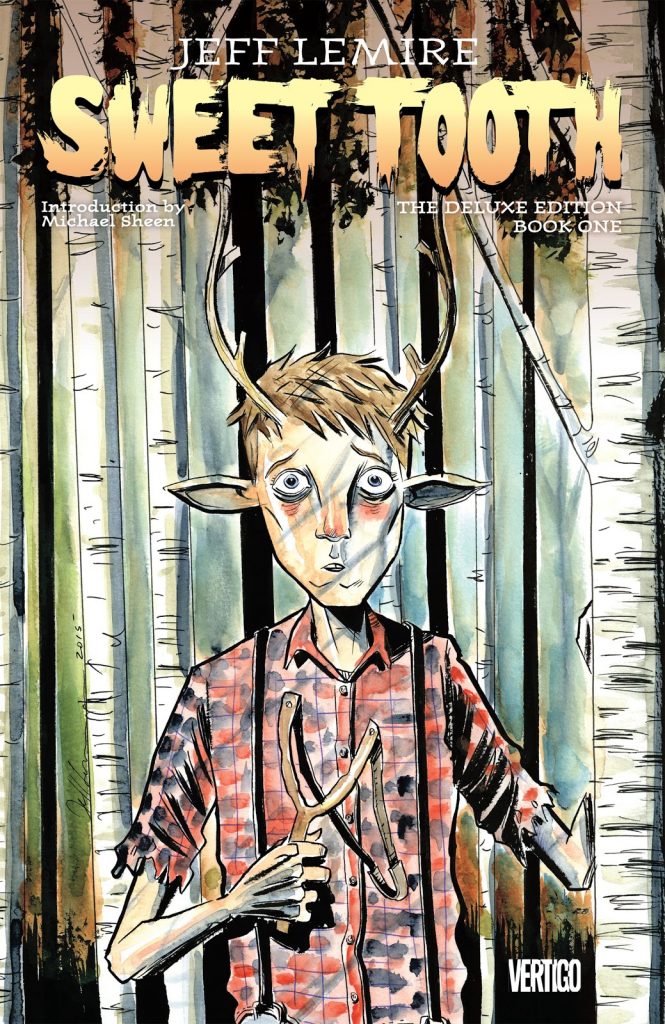 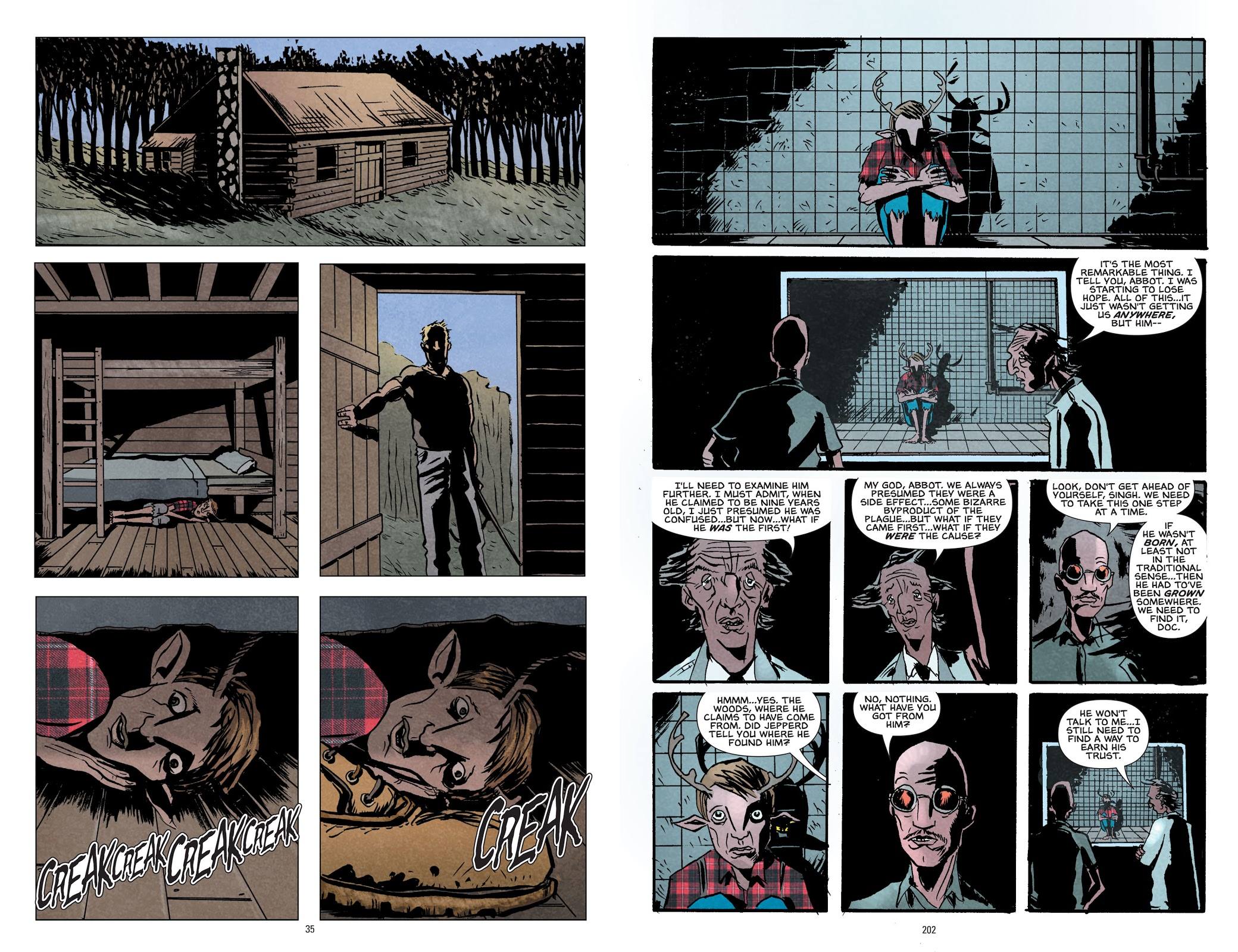 Sweet Tooth is a journey of growth and discovery, Book One presenting the first tentative steps from the protective environment of the deep woods into the horrors of the wider world. Gus is a timid boy on the verge of puberty, normal other than his deer-like features and having a pair of antlers growing from his head. His life has been sheltered, living in the backwoods with his father for a decade after a disease wiped out much of humanity and after which all babies are born as some kind of human and animal hybrid. He’s unaware of what’s beyond the woods, and his father has relentlessly impressed he shouldn’t venture further. When his father dies, though, Gus has no choice, and although it doesn’t seem that way at first, he’s fortunate to run into the protective presence of Jeppard, almost a force of nature in the way he’s adapted to the new world. In an introduction keen to encompass as many references as possible, Michael Sheen considers the pair represent the story archetype of the man of violence accompanied by the special child. He could equally liken it to the archetype of the innocent abroad.

Jeff Lemire both writes and illustrates Sweet Tooth, allowing for some fill-in art down the line. His approach is far removed from the shadows and forced tension associated with horror, but horror this is, as starring someone totally unprepared to survive in the violent, callous and exploitative world that awaits. While Gus is the obvious figure of audience sympathy with his wide-eyed innocence, the real triumph of Sweet Tooth is how Lemire also makes us appreciate Jeppard. He’s coarse and seemingly broken, and we eventually arrive at a couple of chapters detailing his past, and the terrible mistakes made. It’s a very human horror.

Because he’s writing and drawing, Lemire conveys much without words, and makes good use of this, using expressions to reveal thoughts and on several occasions to acknowledge the passage of dreary time. A notable final chapter exploits this wonderfully, panels without words showing what Gus is enduring, accompanied by notes from a research scientist giving the background to Gus’ world. While Lemirre’s art at first seems oddly constructed, it’s utterly consistent in devising the world Gus inhabits and the one Jeppard knows. Lemire’s people are craggy, lived-in and completely removed from the glamorous types usually inhabiting genre fiction. The exception is Gus, his antlers no random accessory, designed to induce images of the wide-eyed deer and its delicacy.

This first Deluxe Edition combines the paperbacks Out of the Deep Woods and In Captivity, their titles indicating Gus’ journey. Once we’ve come to understand Gus and Jeppard, Lemire broadens the cast by introducing what’s in effect an internment camp. Among others with a wider role, it’s where we meet Dr Singh, whose research and philosophies are fundamental to Sweet Tooth. He’s a complicated and intriguing character, capable of atrocities in the name of science, yet also far more understanding than his employers. “Gus, you weren’t born. You weren’t born at all” is a phrase whose significance eventually underpins the entire series.

A long, dark night of the soul for Jeppard prompts the circumstances that finish this book. It leaves Gus and his new friends in great danger they would seem unable to survive. Post-Apocalyptic fiction has many strands, but Lemire has achieved something different by planting innocence among the survival necessities not as instant victim, but a central figure. It’s probably not a story to be universally admired, but once Lemire has hooked you, he doesn’t let go. 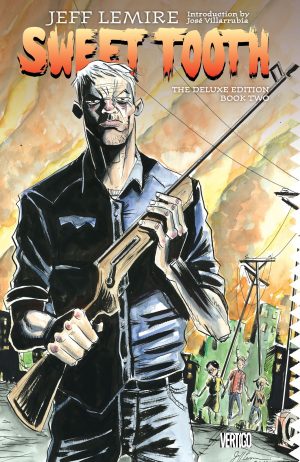 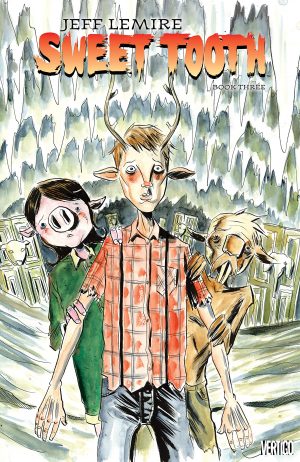