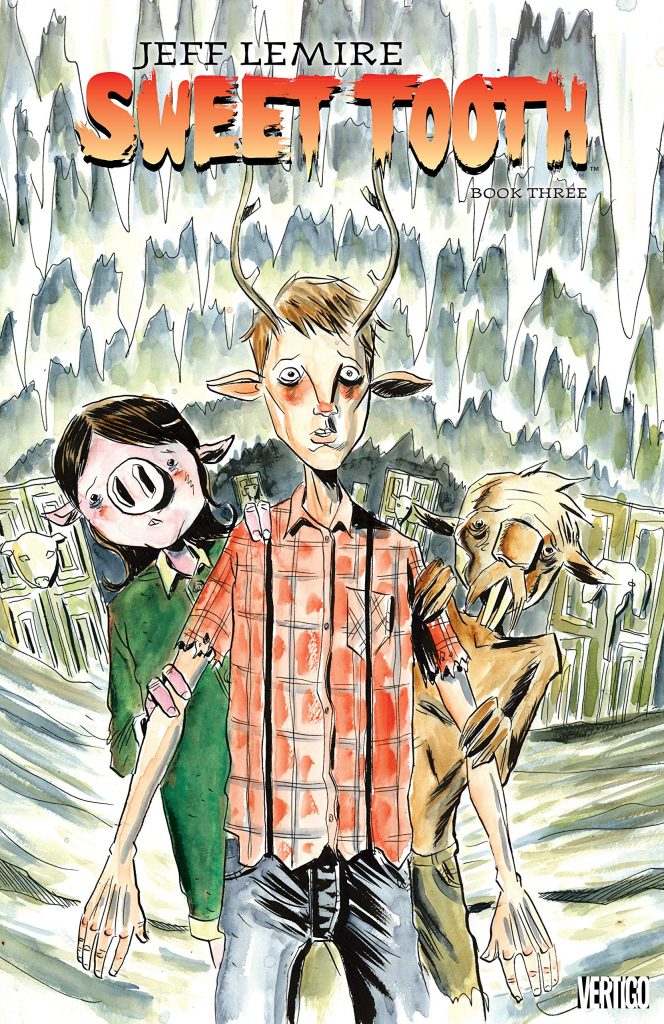 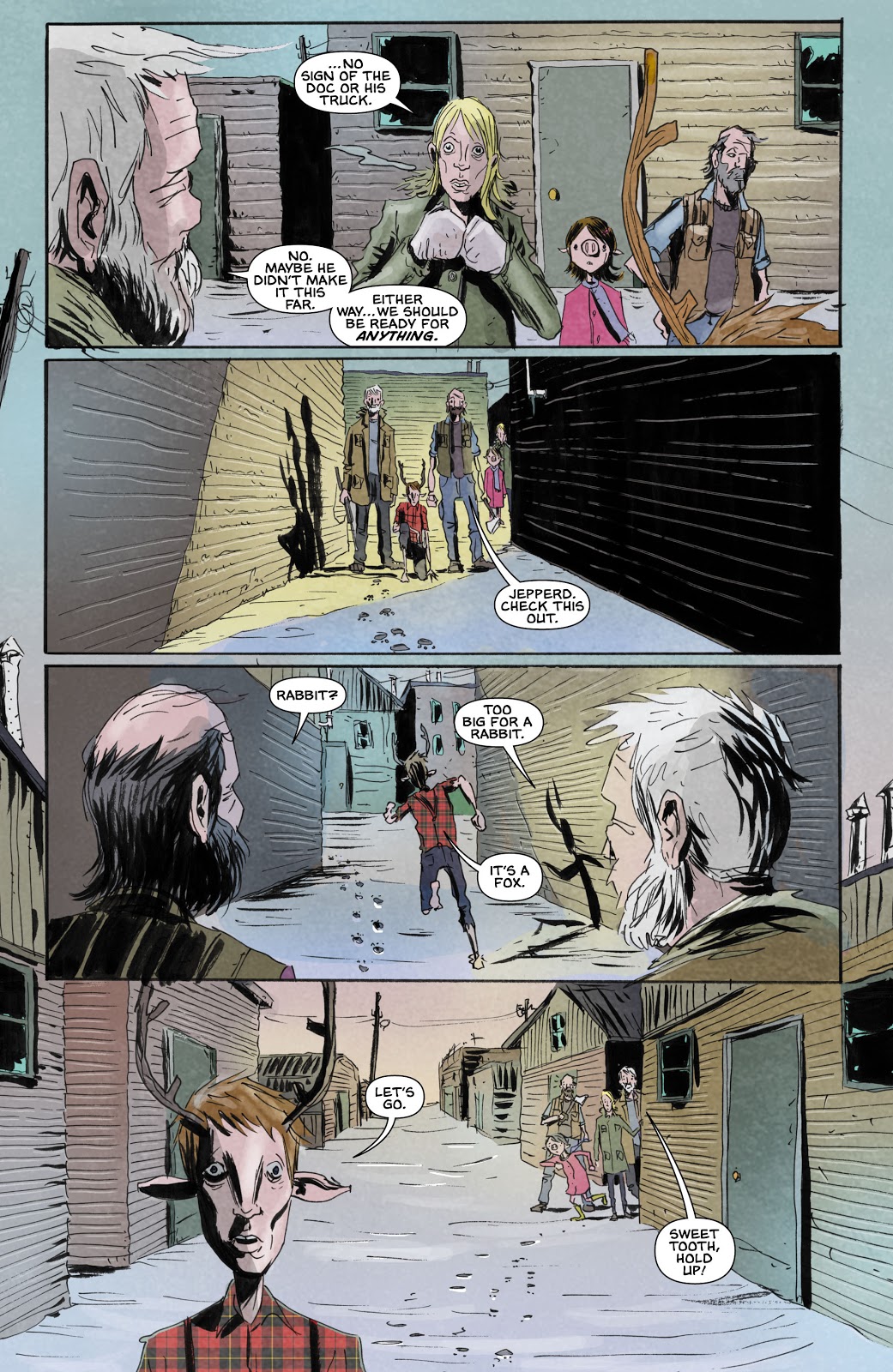 This incarnation of Sweet Tooth is completed in Book Three, but it isn’t as compelling as the earlier volumes, and the reason for that is Jeff Lemire laying out everything for his audience, and the reasons proving not as interesting as the situation that’s been developed from them.

We’ve learned that the innocent Gus may well be the inadvertent cause of the plague that changed the world, and that it seems to have been down to his father tampering with forces he didn’t entirely comprehend. That’s more or less confirmed over the opening three chapters, which at first may seem to be pages from another title mistakenly bound into Sweet Tooth, as they concern Doctor James Thacker’s 1911 voyage to Alaska. He’s looking for a lost friend, but his becomes a terrifying journey of other discoveries. To distance it from the present day narrative it’s drawn by Matt Kindt, but Kindt’s sketchy style has none of Lemire’s emotional depth and his lumpy figures are ungainly. Nate Powell, a better artist than Kindt, also falls short of Lemire when relating the backstory of a pair of supporting characters. However, Lemire is such a compelling storyteller that Thacker’s concerns rapidly become ours.

Once the narrative returns to the present, Lemire surprises again by minimising the roles of Gus and Jeppard for a while, and dropping a bombshell about an unexpected threat. However as the series moves forward to the conclusion there’s a feeling of the circumstances being artificially generated. From the start, sticking closely to horror genre tradition, Gus has moved from one life-threatening scenario to the next, and the action-thriller increasingly becomes the narrative choice. None of this is poor, but the emotional complexity is diminished.

Thankfully Lemire pulls everything back on track for the shocking final three chapters. There’s a perhaps inevitable redemption in sacrifice, and a bold closing story set a few decades beyond the present day events. It’s a neat ending. “The Gods once lived in harmony with man”, we’re told, “But man forgot their faces and turned to sin and death. And as their world crumbled around them they tried to touch the gods again. To recreate them with science”. It encapsulates one aspect of Sweet Tooth as it simultaneously supplies the spiritual ending and leaves the door open for the sequel that eventually manifested.

While Lemire is being tidy, honest and complete in disclosing the full background, that it’s not an absolute shocker underpinning the series is disappointing, particularly as it wasn’t entirely necessary. Sweet Tooth would have succeeded as a fine drama without the revelation. However, this is still good horror, just not quite as compelling as Book One and Book Two. If preferred, the content is found in the paperbacks Unnatural Habitats and Wild Game, while a compendium of the entire series is scheduled for 2021. 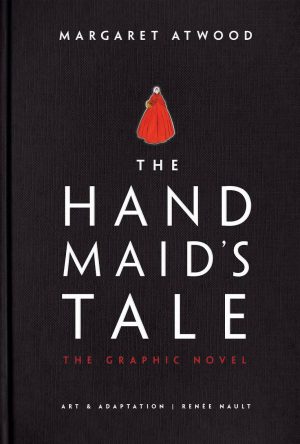