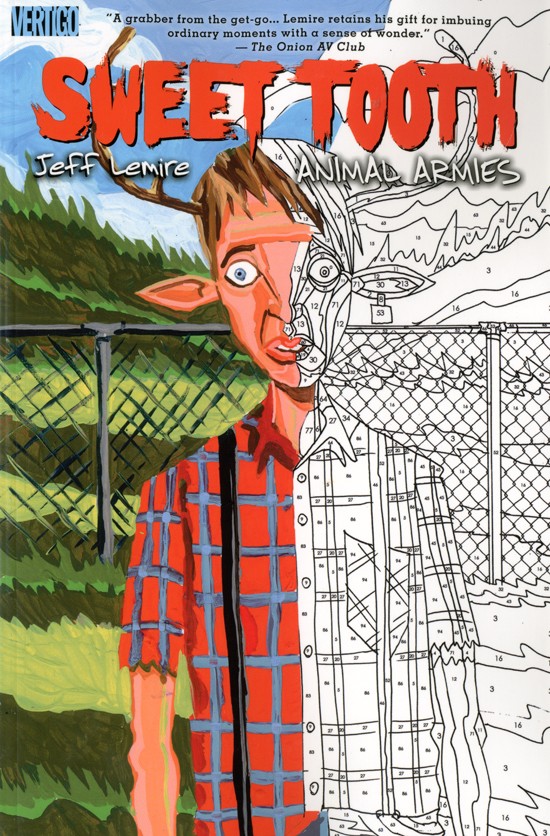 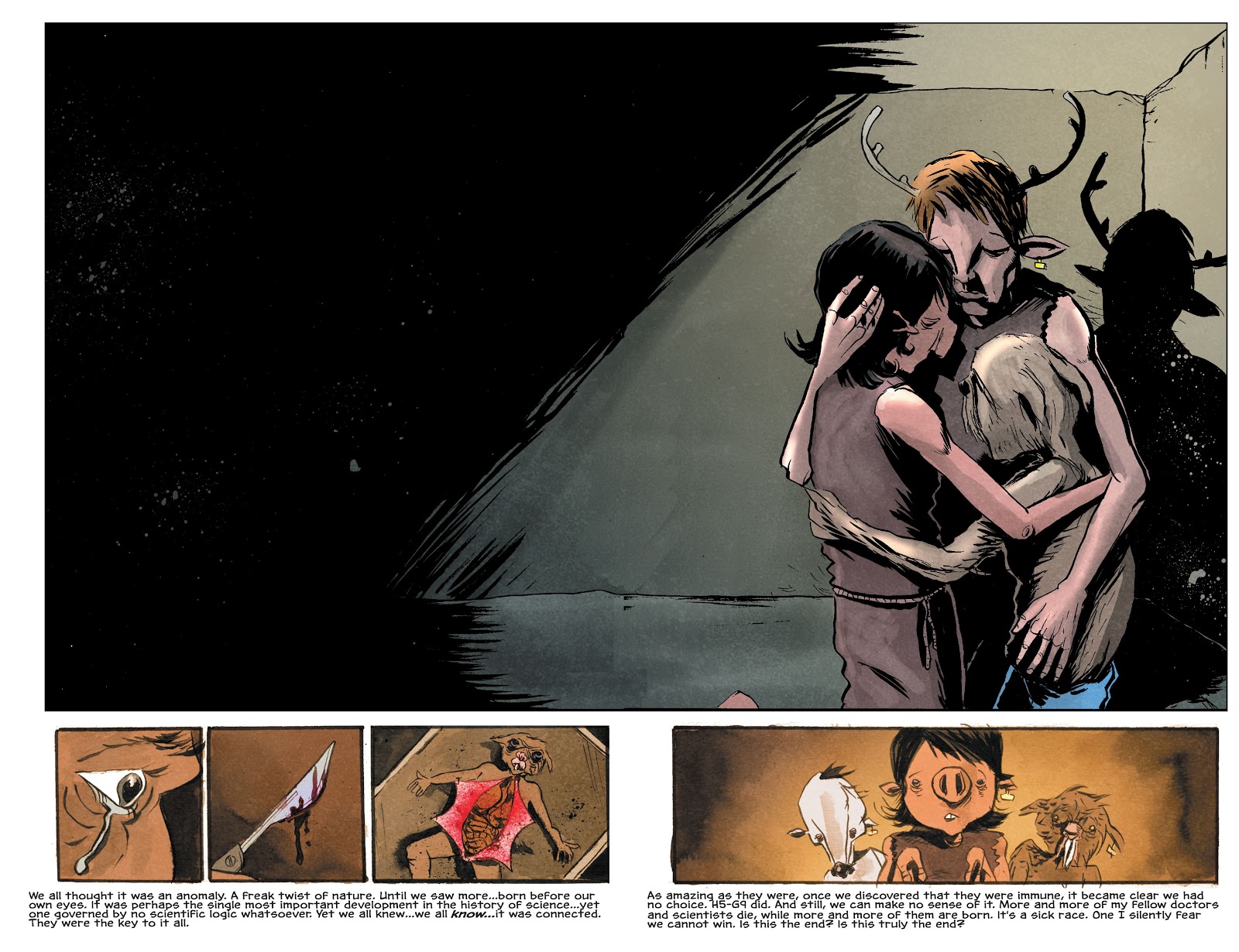 This third volume of Sweet Tooth is quite incident-packed by Jeff Lemire’s slow release standards. Centred on a militia camp, there are one bunch of characters wanting to break out, while another group plan to break in.

A remarkable opening chapter displays what Gus endures in a dialogue free tale, while the notes of Dr Singh bring everyone up to date on the disease that devastated humanity, his thoughts on his past, and why Gus may the key to solving the riddle. In a single chapter Lemire deftly lays out what has happened, to whom, and sets the state of the series from that point.

Spiritual Geneticist Singh becomes an increasingly important character. He’s allied himself with the militia, and in the spirit of scientific enquiry has compromised his ethics in appalling fashion, yet he is a man with his own tragic background. Now convinced that Gus and his backwoods upbringing may hold the key to his search, his allegiance shifts. He’s a fatalistic man, “I silently fear we cannot win”, but continues to probe.

Gus, meanwhile, experiences more of the odd dreams first featured in In Captivity, and there now appears to some connection with Jeppard. His waking life within the camp, and that of his fellow captured hybrids, continues to be one of persecution, torture and degradation, although he’s not entirely lacking those sympathetic to his plight.

Lemire’s more personal material excels at creating mood, and Animal Armies supplies that by the barrel. Much is spelled out, yet Lemire continues to spread tension, largely via his scratchy and expressive art. That’s backed with solid characterisation. Even the most appalling cast members here, and there’s competition for that accolade, are given solid reasoning for their actions. Their methods may not be yours in the same situation, but you can understand them.

The story continues in Endangered Species.