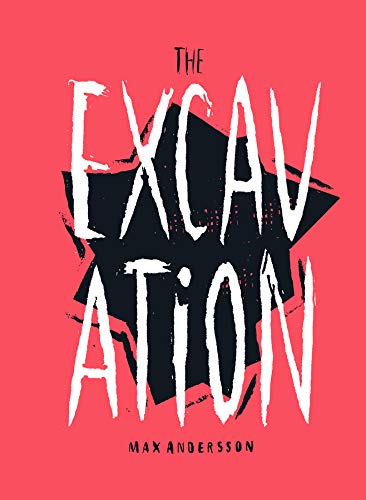 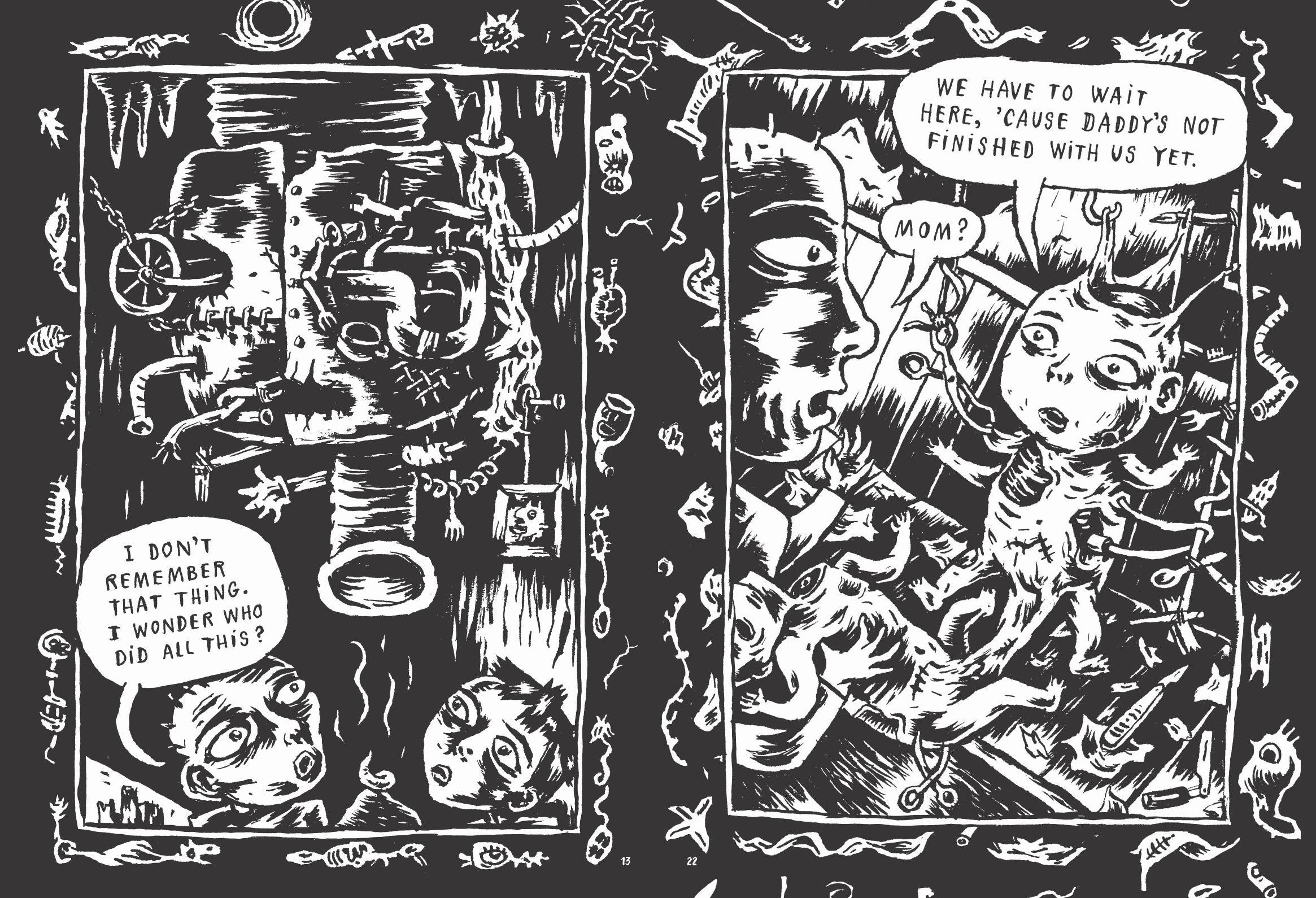 It’s been a while since he visited his parents, and he has a girlfriend to introduce, but when they arrive at where the house should be there’s only a patch of dirt, with some features just about poking through. A little digging reveals a hatch, so down the pair descend.

So begins Max Andersson’s literal descent into a surreal world where all remembered comforts have been twisted into nightmares. Body parts detach, his parents are not as he remembers, and windows separate apartments, not walls. Andersson tells the story in his expressive, lumpy manner, every panel a full page with separate border decorations, disturbing little doodles surrounding the panels, in places attempting to break through into them. Andersson’s regular individual style involves flat, two dimensional renderings, with heavy use of black ink constructing the nightmares.

Andersson’s evocation of those actual nightmares we experience is terrifying, random happenings, astonishingly gruesome and disturbing were they actually to occur, accepted with a sanguine shrug of the shoulders. A mother becomes conjoined twins, strange body fluids emerge and both a corpse and giant turds require disposal. Directions change, a destination is never reached and corridors seem everlasting before becoming roads with traffic. People suddenly appear from nowhere, and in quantity. Amid it all, though, there are some very funny moments, farcical intrusions, also dreamlike, but breaking the horror. A brief satire of the movie making process is a highlight.

At first the title’s meaning appears literal, referring to the man discovering the hatch and heading down, but the longer The Excavation runs, the more another meaning becomes apparent, as memories are disinterred to be challenged, and family dynamics are investigated. In a world of constant change where disorientation and confusion is complete, Andersson asks what we can rely on. It continues as a headlong headrush into hell, constantly inventive, and the sheer relentlessness of events is extraordinarily energetic. This surprises in a book of this length, as it’s a rare creator who can sustain a surreal world of nightmare for so long and keep it from becoming repetitive and losing reader interest. Right at the end the confusion enters really disturbing territory, the bizarre experiences of the man and his girlfriend incorporating extrapolations about what happens to little girls kidnapped by serial killers. This is in passing, and not explicit, but an altogether different form of shock. It’s just before the ending, which fits the established format. Don’t expect resolution or reconciliation, just immerse yourself in the fertile spawn of Andersson’s mind, and be glad his dreams aren’t yours. 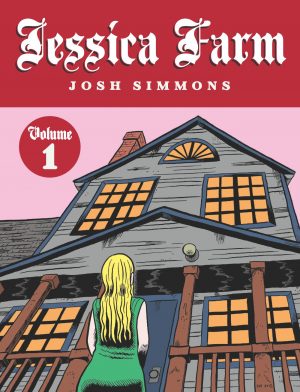