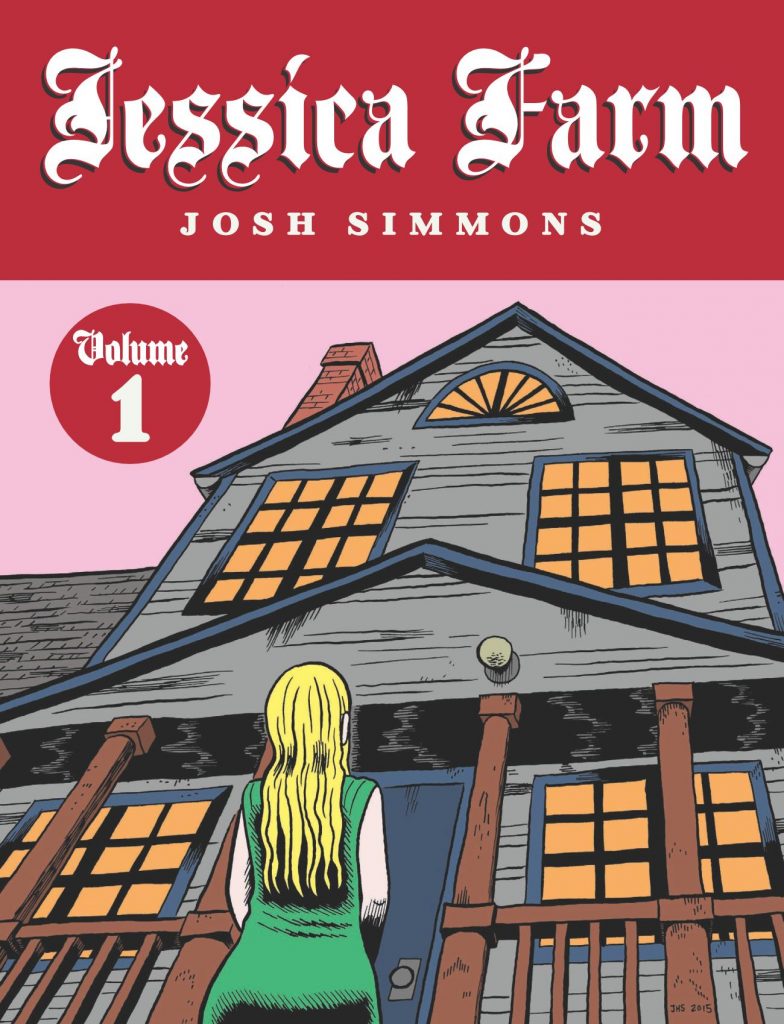 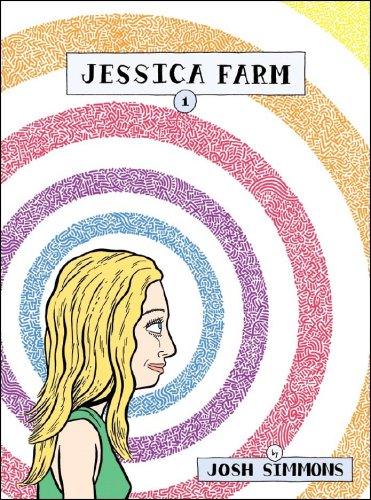 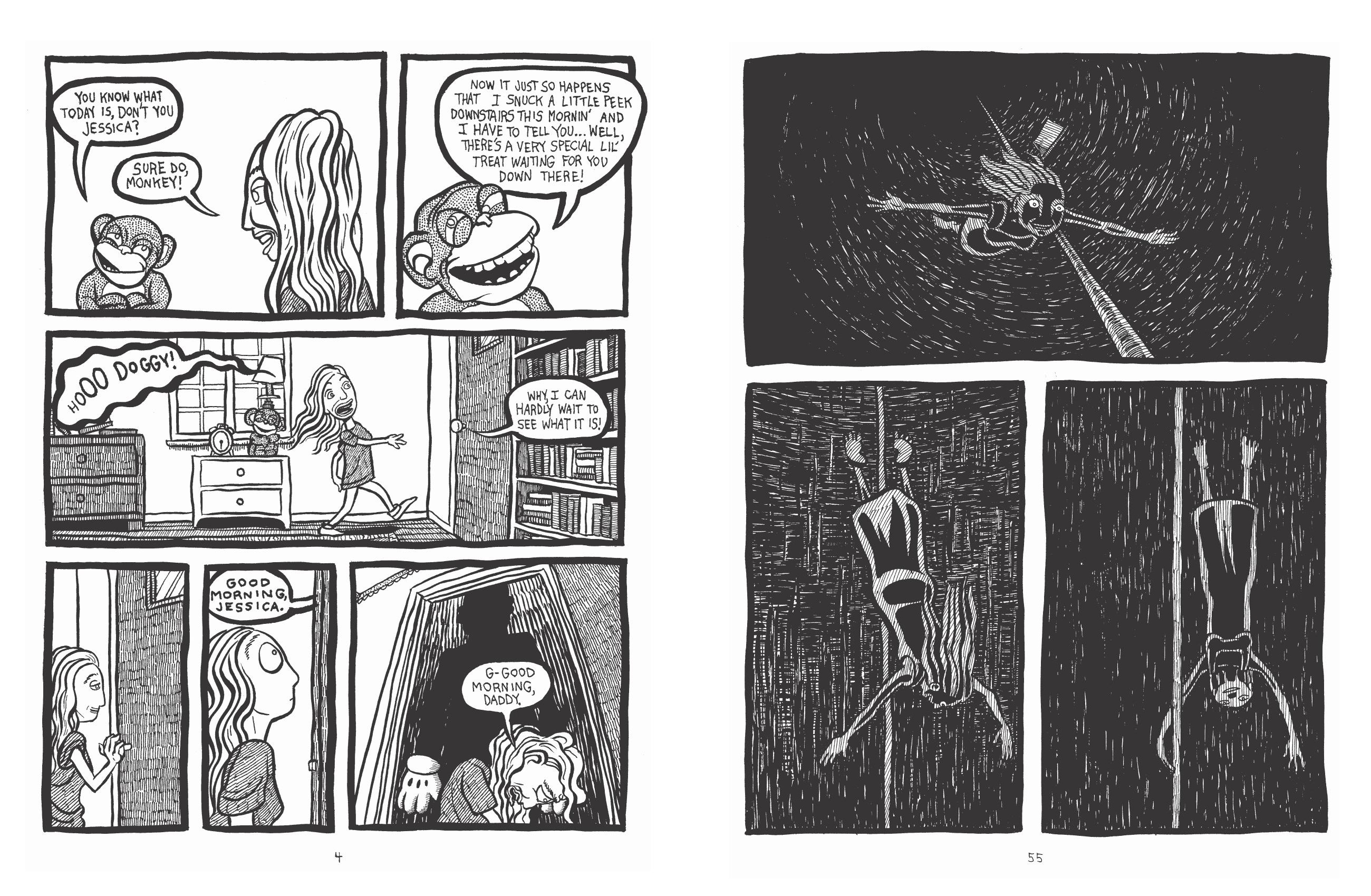 In 2000 Josh Simmons set himself an extraordinary task. Every month he would draw a page continuing the story of Jessica Farm, intending to keep this up for fifty years. Presuming good health it’s a manageable project even alongside other work, but also an ambitious commitment, and as of 2016 that commitment has been maintained. To coincide with the release of the second 96 page instalment Fantagraphics repackaged the opening volume, establishing a consistent design.

To begin with Simmons just introduces us to Jessica, a teenage girl awakening on Christmas Day, but as the left sample page shows, we should take little for granted, and Simmons is able to switch moods brilliantly. Jessica exists in a surreal world where on the one hand she’s confronted with horror by the foul-mouthed inhabitant of the areas behind her house’s wood panelling, but can balance the horror with the serenity of a miniature dance band giving concerts in her attic. As ever, Simmons deals imaginatively in wide-ranging forms of horror, from an abusive parent to the unknown being a constant fear. Themes that have been fed into other work to be explored in greater depth are present, such as strange sexualised behaviour and the idea of life behind the wooden panels, and he’s great at creating evocative names. Crangle Shitter anyone?

While Jessica Farm is a captivating intellectual exercise, it never transcends that. Any artistically creative person is aware how difficult returning to something after absence is, and while there’s no point in Simmons shackling himself creatively for what’s supposed to be a fifty year project, neither is there any feeling that Jessica herself is anything more than a linking device. After the relatively pleasant introductory sequence she drifts from one disturbing interlude to another, and in terms of the creative process, there are places where Simmons is just marking time for several months. This is either via prolonged visual scenes of Jessica sliding down a pole, or via full page illustrations setting a scene without moving anything forward. By Simmons’ production calender, nine months are spent having Jessica bolt from her house and lock herself in the barn. By that stage a bigger plot has been introduced, but what it might be will play out in volume two.

Simmons is among the few people working in American comics who deserves to be labelled as a unique creator on the basis that no-one without his mindset could produce his comics. However, on the basis of this opening volume you’d be better off exploring Simmons via one of his collections.