Superman: Whatever Happened to the Man of Tomorrow? The Deluxe Edition 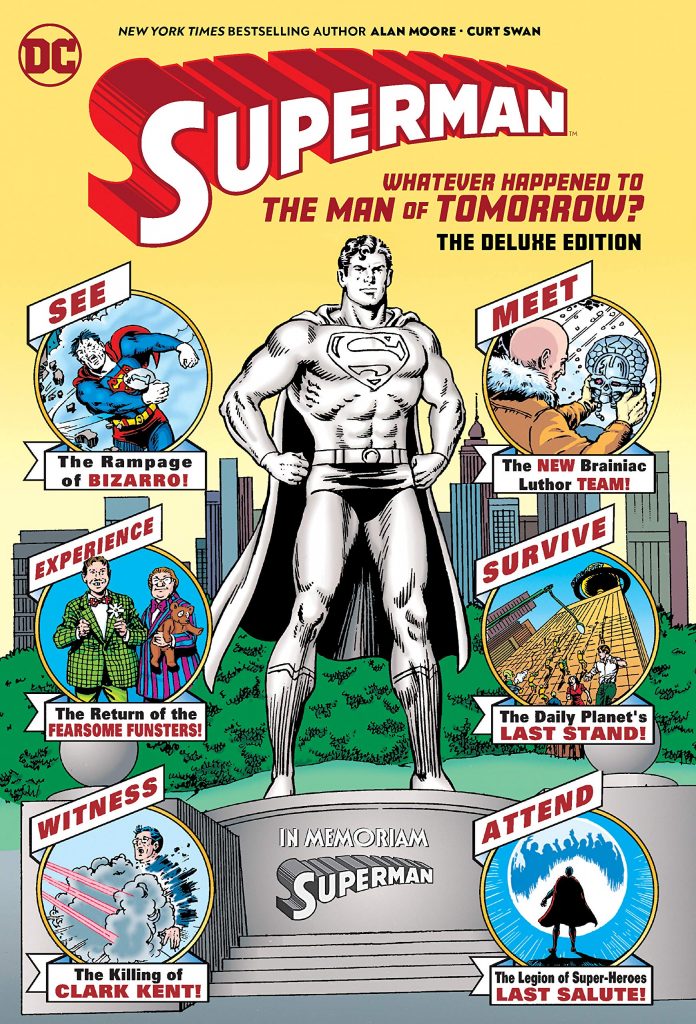 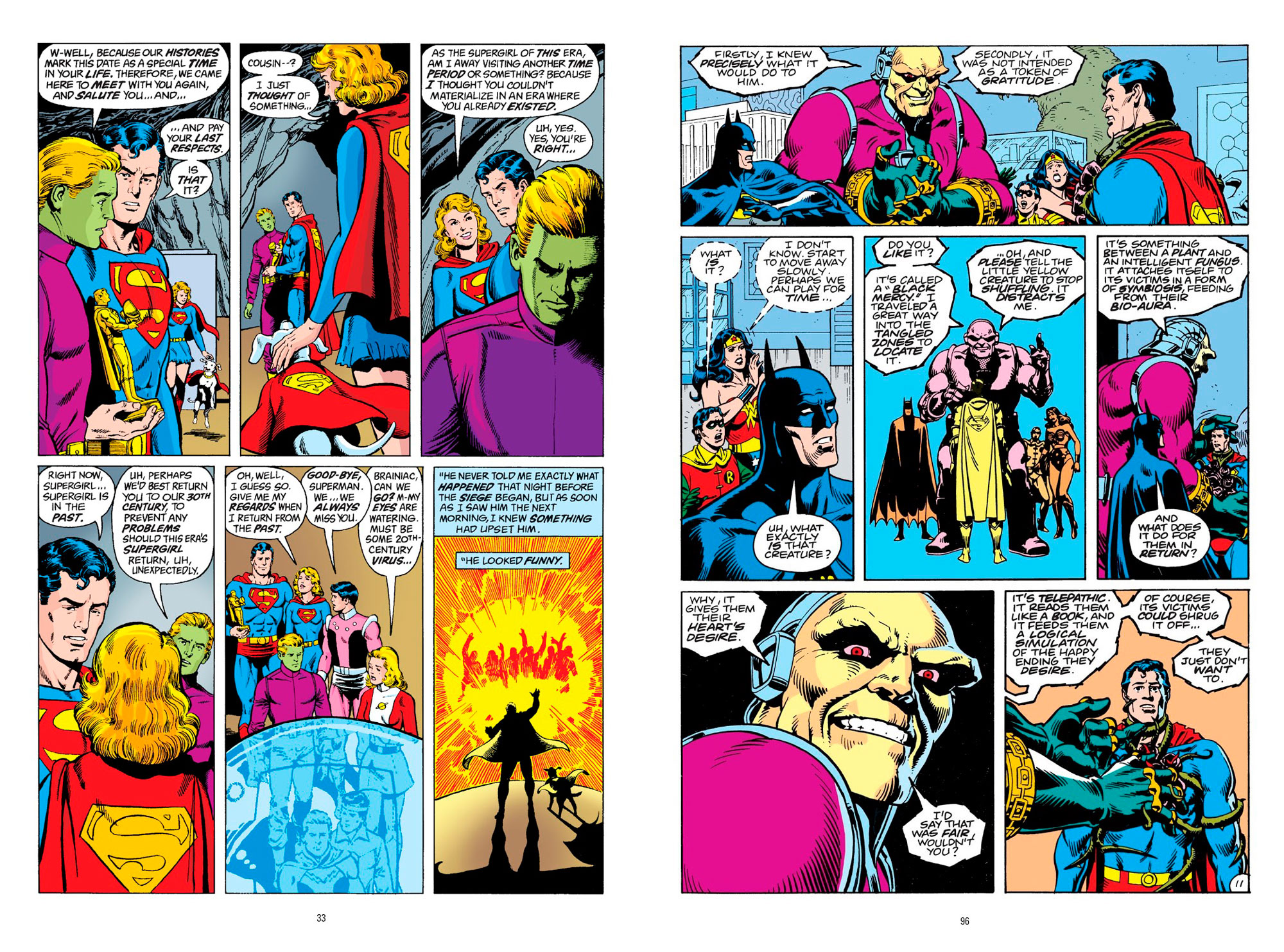 Alan Moore and Curt Swan’s heartfelt tribute to the 1950s and 1960s Man of Steel has been reprinted in DC Universe: The Stories of Alan Moore, and in the titular volume Whatever Happened to the Man of Tomorrow?, later reissued with the addition of two more Superman stories. This ‘Deluxe’ 2020 edition is a hardcover volume with a dust jacket. In the eighty-plus years since the creation of Superman and Batman, both have been revised and remixed so many times that there is arguably no single and ‘definitive’ version of either character, but this book is from a time when the parameters governing DC’s top heroes were very firmly fixed. Most creators found that tight editorial control challenging, but not Alan Moore who demonstrates here his ability to craft enormously involving and ingenious stories using trivial details that others dismiss.

By extrapolating all the gimmicky minutiae that made up the average 1950s and 1960s Superman strip, ‘Whatever Happened to the Man of Tomorrow?’ becomes both a celebration of those odd and ridiculous features and a final goodbye to stories that hinge on vivid, simplistic plot devices. Everything that readers of this period understood about the staid but earnest Superman family is built upon, and taken to a logical and/or extreme endpoint. The result is a cleverly constructed, affectionate and very dramatic send-off. Curt Swan, the quintessential Superman artist for so many of the stories and characters who make their final appearances here, gives this finale its emotional power with his familiar, classically elegant drawings. Moore’s deeply-layered dialogue for the cast uses their histories to resonate so powerfully for anyone decoding the seemingly throwaway lines that almost every panel has multiple significant readings. If you remember this period of superhero comics fondly, you’re unlikely to get to the end of this two-parter without your eyes misting up at least once.

The other two stories showcase Moore’s thoughtful approach that elevates generic ideas by intelligent lateral thinking. ‘The Jungle Line’ stars Swamp Thing playing a crucial role helping Superman to overcome a Kryptonian fungus that is poisoning him. Swamp Thing’s poetic glimpses of another world through Superman’s eyes are brilliantly conceived, and Moore takes the idea much further in Swamp Thing’s own series.

‘For The Man Who Has Everything’ features Wonder Woman, Batman and Robin. Superman is overcome on his birthday by a booby-trapped present. The other three heroes try to rescue him from the immensely powerful alien whose trap it is, while Superman is immobile, lost in a vision of an idealised Krypton that never exploded. Dave Gibbons’ expertly designed images move beautifully between Superman in his dream prison, counterpointed with Wonder Woman and Batman’s violent, dynamic struggle against a gigantic foe in wonderfully choreographed action sequences. But what really makes this story special are the see-saw plot and the dialogue over the exciting drawings, again building on so many past adventures, commenting on the nature of superheroes in ways illuminating the personalities of everyone involved. You can clearly see the engine that powered Watchmen sparking to life under this superbly executed outing. ‘For The Man Who Has Everything’ was adapted for an episode of the Justice League Unlimited animated television series and was the basis for an episode of the Supergirl television series. As a kind of mirror image of ‘Whatever Happened to the Man of Tomorrow?’ it works even better in this collection than as a stand-alone issue. It all makes you wish Moore had written more Superman comics. Silver Age fans, this book is for you.