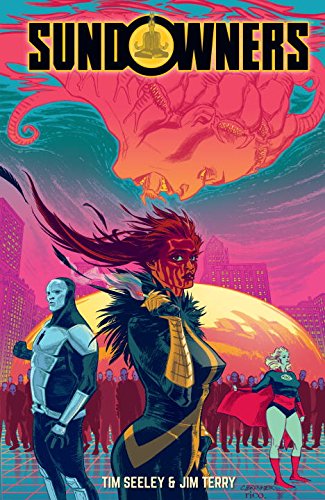 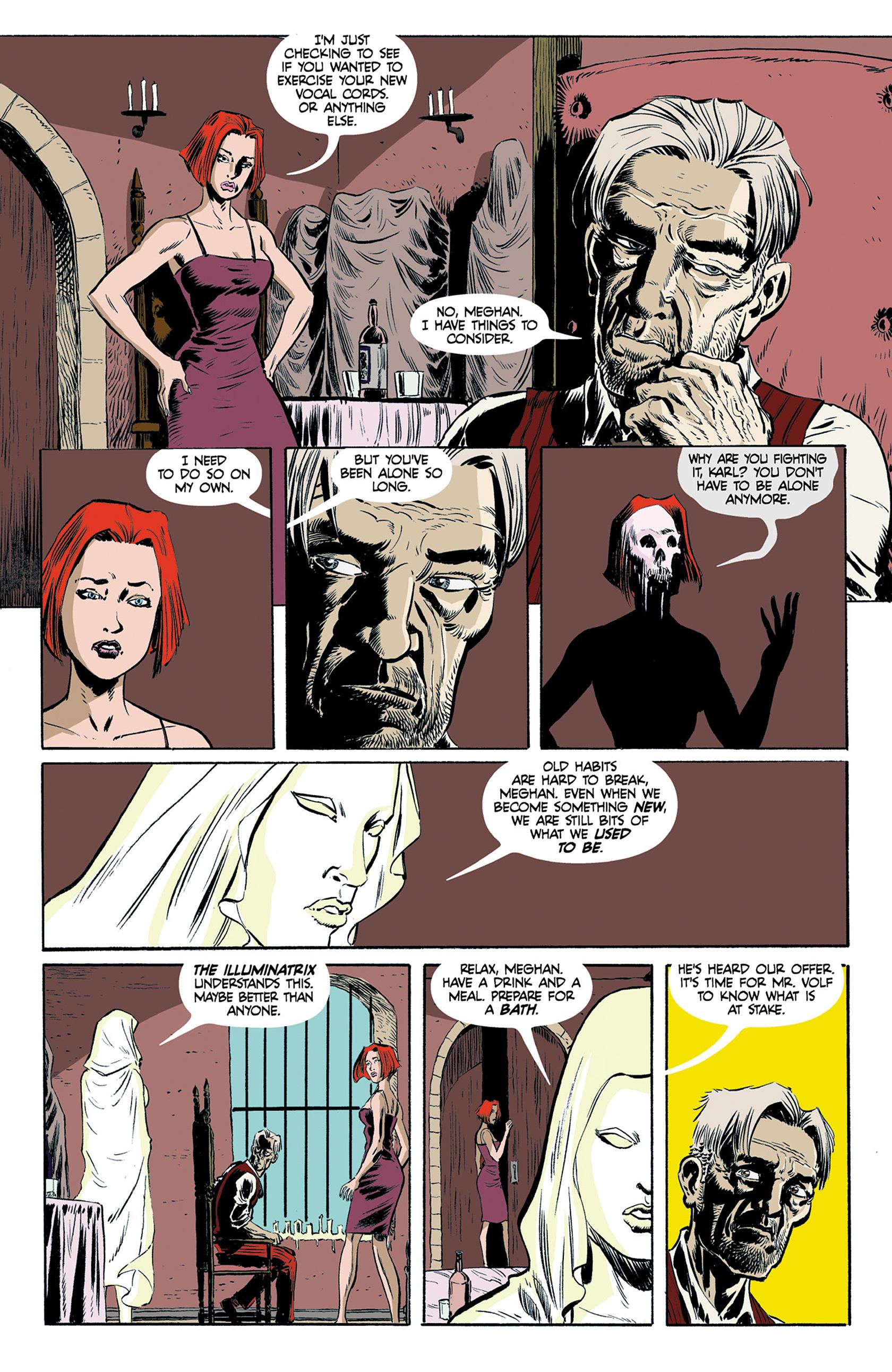 Sundowners is the collective name applied to four people in costumes seeking psychiatric help from alcoholic therapist David Shrejic, who’s convinced that in them he’s discovered a new form of delusional illness. An opening chapter sees the costumed characters disgorge their stories, but are they telling the truth? Are they really privy to occult events escaping the rest of the world, or are they the deluded individuals their therapist believes? It’s not a question that’s answered in a hurry, although both the narrative and the sympathies are with the Sundowners.

Tim Seeley extends his plot over four primary cast members, each of them damaged, each of them with a part causing them to seek a form of redemption, and each of them not entirely capable of functioning normally. As the graphic novel continues he gradually broadens their worlds by the introduction of others, orbiting in their presence. What he puts everyone through is terrifying. Their experiences see them injured and broken, but Seeley’s relentless misery is without contrast or any form of respite.

Partial redemption occurs in the art of Jim Terry, which has an occult allure and is fantastic melange of influences. There’s some Steve Ditko in there, but also some Daniel Clowes, some Will Eisner, and some Kevin O’Neill, all of whom are good at defining the fear of the unknown through their characters. Terry follows suit.

By the end of the book there are some certainties, but it’s taken a long time to reach them, and it’s not quite clear if this is one bleak joke. Some elements make it seem that way. In other work, particularly Revival, Seeley is very accomplished at keeping the pot simmering without needing to supply definitive revelations, but Sundowners doesn’t have that luxury as the cast haven’t been constructed well enough to fully engage the sympathies. Not everyone felt that way as enough buyers ensured a second volume, which is a considerable improvement. 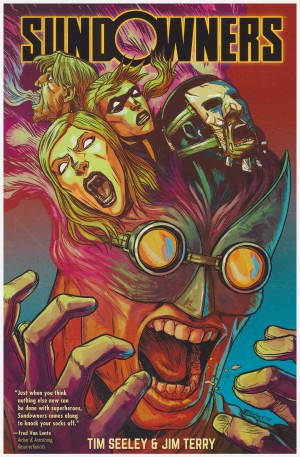