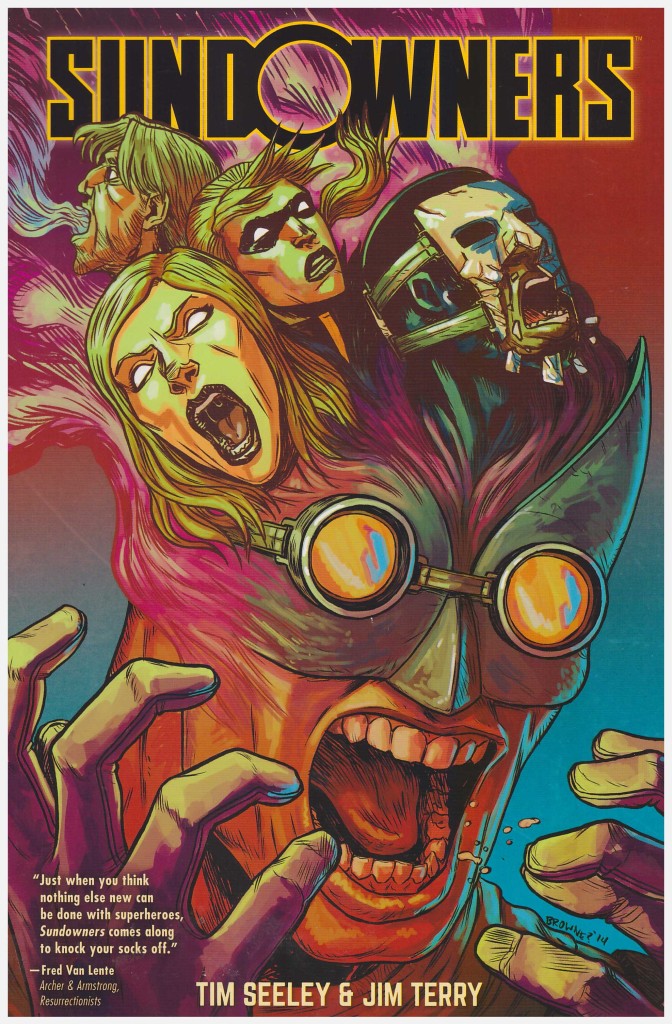 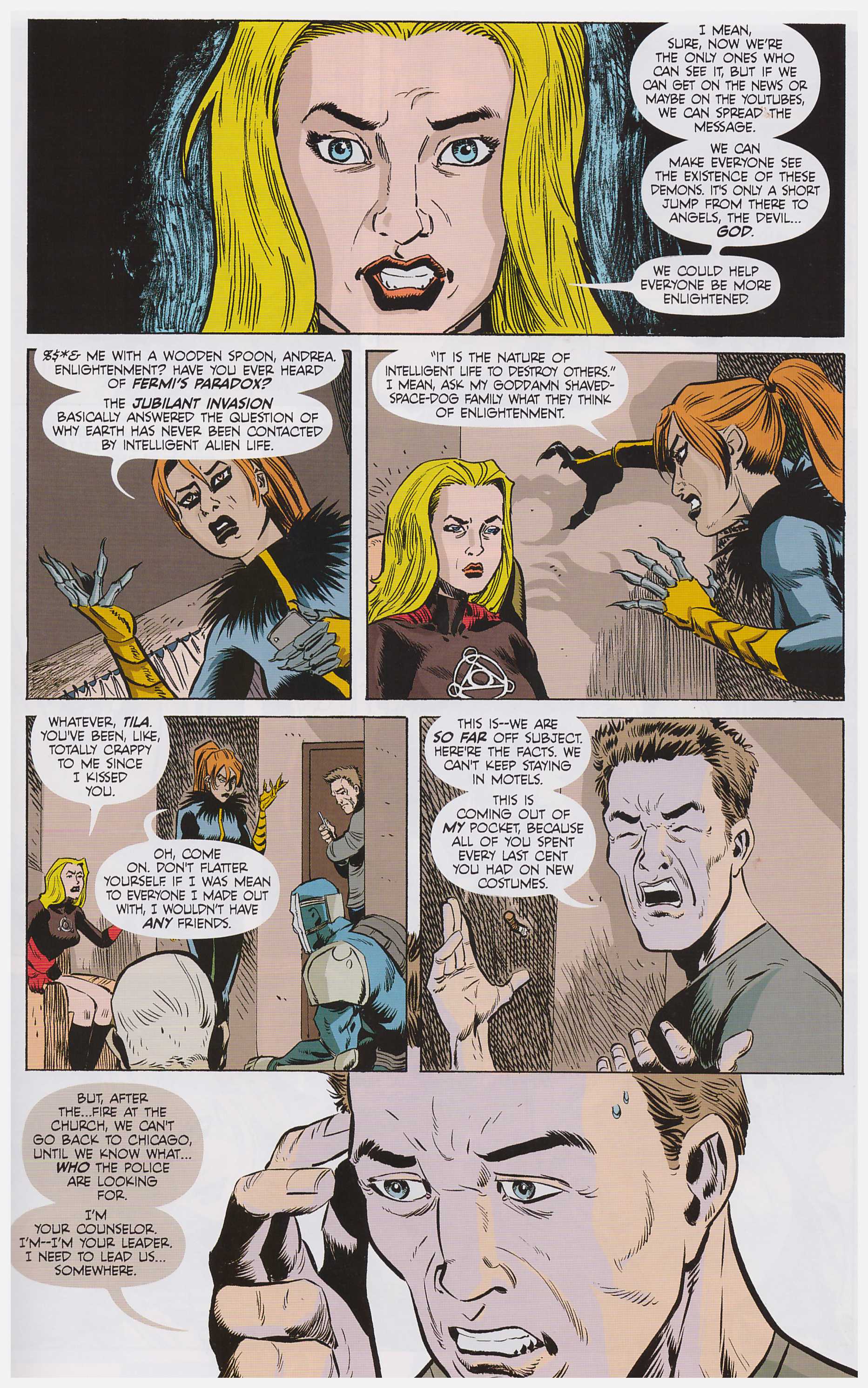 By the end of Sundowners’ opening graphic novel there was some clarity about their situation, but it was hard work arriving at that point. Those who’d prefer to investigate anyway might not want to read what constitute as spoilers beginning in the third paragraph, although this graphic novel can be enjoyed with no reference at all to previous events.

The good news is that artist Jim Terry is still on board, his cartooning ideally suited for the aura of foreboding and terror fostered within. His cast are sometimes on the static and posed side, but that’s not always the case, and the atmosphere compensates.

As the back cover blurb has it, there’s a thin line between being a superhero and being a nut, and it was this distinction, or more precisely the perception of such, that Tim Seeley explored in the first volume. By its conclusion it was definitively revealed that the primary cast, whatever their many personal problems, weren’t nuts. They were among the few able to see other dimensional demons infesting Earth and possessing others. Of course, when hardly anyone has this capability, they appear nuts.

Dispensing with the uncertainty provides Sundowners with a much needed shot in the arm. The novelty of severely fractured superheroes remains, but Seeley’s able to spend more time on the cast’s core characteristics instead of manipulating them to keep readers guessing. Moving them to Detroit and integrating that city’s social problems and the ethical decisions it prompts is a further good move, feeding into both the concerns of most characters and widening the plot.

As far as that’s concerned, there’s very little of the supernatural events apparently so necessary in establishing the cast, and as this is better material, it prompts the question of whether that was the wisest background. We’ll never really know, as this was it for Sundowners. It’s unconventional, but the advice would be to ignore volume one and pick this up. Almost everything any reader needs to know is explained as the plot plays out, and it’s unpredictable, mystical, occasionally surreal, and well illustrated.