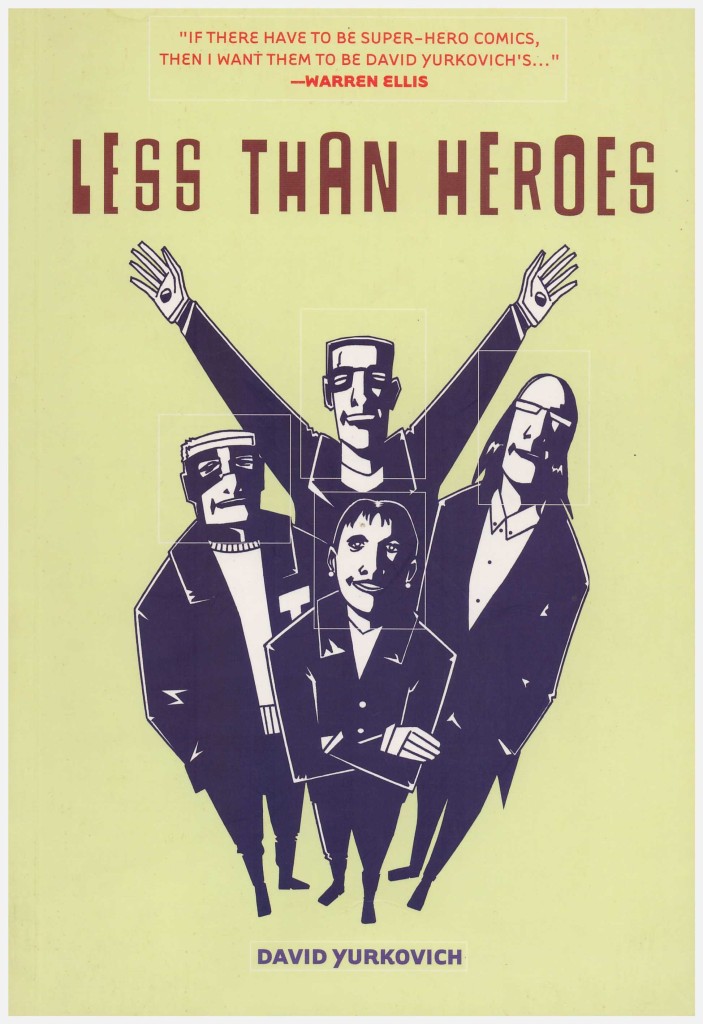 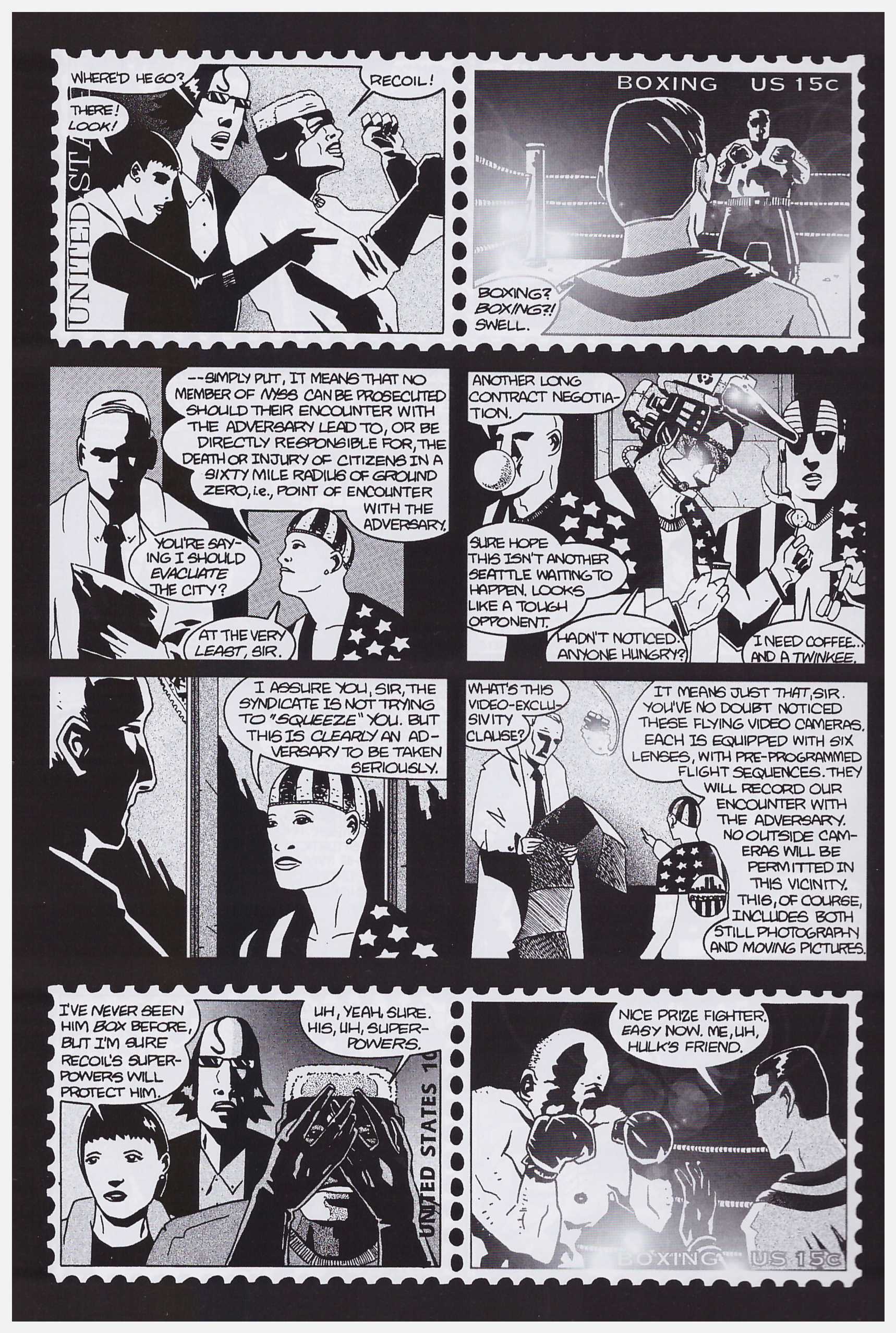 Threshold are the officially sanctioned super protectors of Philadelphia, non-union heroes hired to save money. Except they’re not your standard superhero team. In fact only one of the four members is depicted doing anything conventionally superheroic. Another gets into a brawl, while still another nurtures an obsession with dental hygiene.

Despite a long essay in the back defining his position on superhero comics, David Yurkovich doesn’t have much interest in their fundamental distillation, the fight scene, and so all-but excises it. They’re largely dealt with in hindsight and in conversation, or via ridiculous and surreal interludes barely extending to a page at a time. What’s left is a bunch of bored and incompatible superheroes wandering around bickering, boasting and snacking, and the structures upon which superhero comics are hung. However, into what could be tedium Yurkovich injects a constant stream of nutty diversions and healthy dose of conspiracy theory. It’s surprisingly page-turning.

The surreal material of Grant Morrison is an obvious influence, but not a slavish one, in a story about a psychotic stamp album. Threshold have apparently disappeared, leaving Philadelphia to negotiate for protection with the NYSS, not best pleased the city chose non-union representation in the first place. As disaster occurs, the NYSS won’t take action before the contract negotiations have taken place. Find that in any other superhero graphic novel.

Yurkovich’s art is ink-drenched, creating a dark mood, accentuated by the black pages, and he plays with the construction of those pages. Most of the book employs the strict nine panel grid, a sure way of disciplining the storytelling, but for the final tale he relates two series of events simultaneously, the middle two tiers of the page splicing the other material. It’s also disciplined, but experimental. The approach permits the most ridiculous concepts to be presented with a straight face. As Yurkovich was just starting out when some of this material was drawn there’s an uneven quality, but the writing always offsets this, pulling the reader further into the weirdness.

It was planned that this would be the first of several collections of Yurkovich’s work. In the event the remaining issues of Threshold haven’t been collected, but are worth seeking out as they display both an artistic and writing progression. A second collection, Death by Chocolate, features other characters, given a cameo here, in even stranger material.

Well over a decade since this Top Shelf collection, and approaching two since some of the individual comics it gathers were published, Less Than Heroes remains unique among superhero graphic novels, which is something worth celebrating.