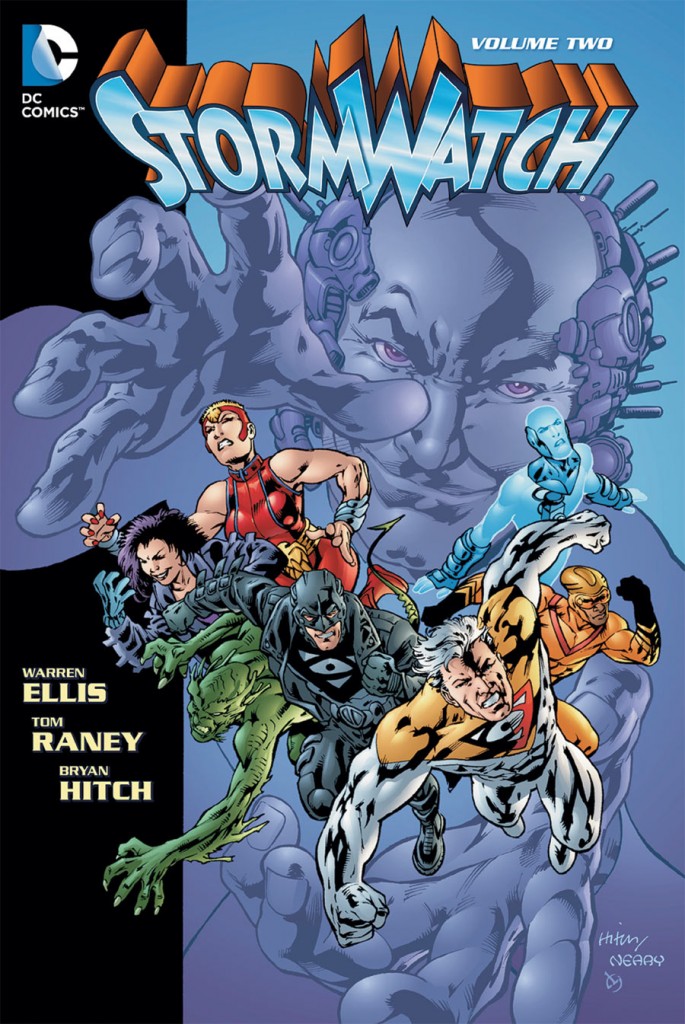 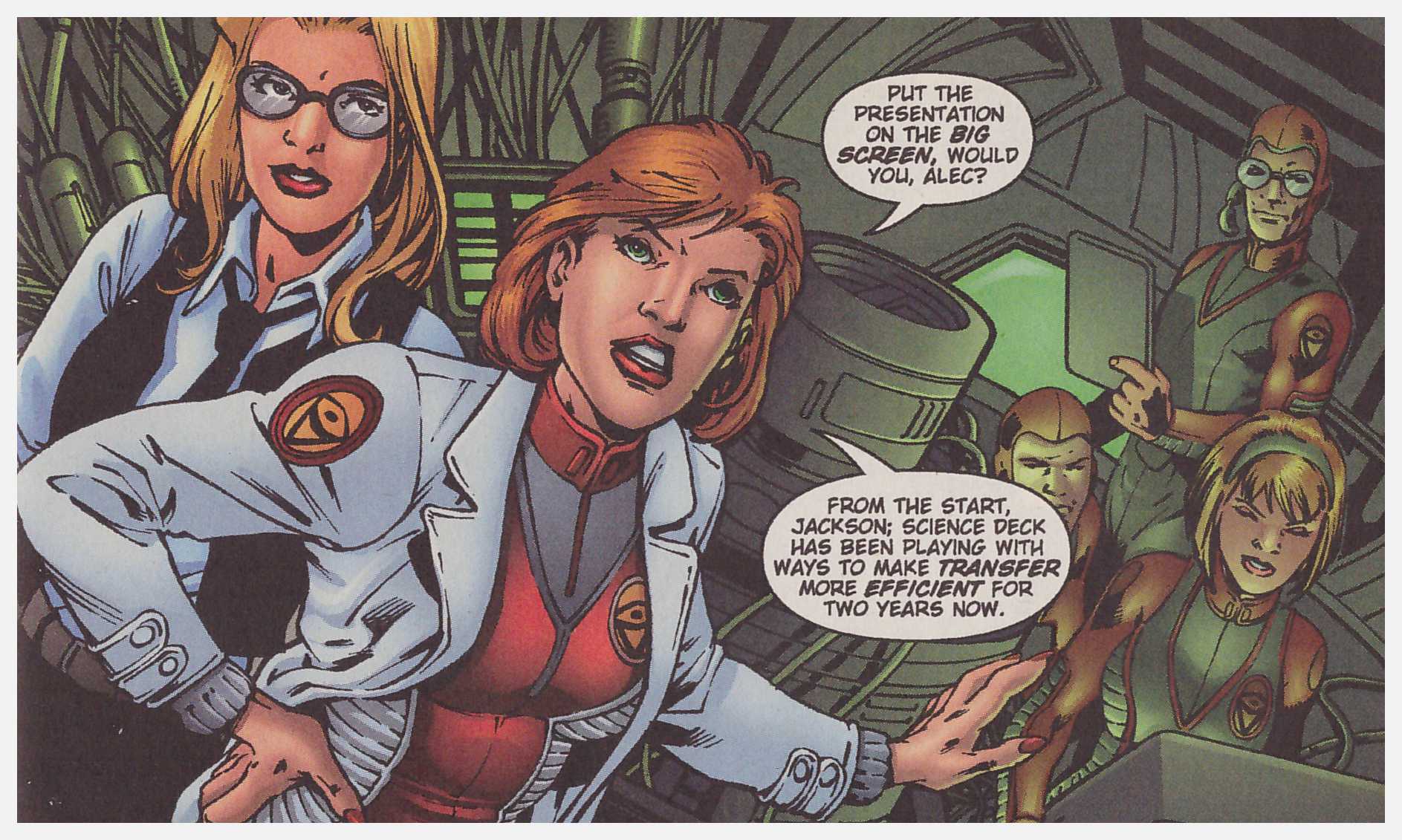 This is the essential collection of Warren Ellis’ Stormwatch material, but there’s a major problem.

Stressing the positive first, three of the four stories gathered here are every bit the equal of Ellis’ later work on The Authority, two of them illustrated by that title’s artist Bryan Hitch. It’s Tom Raney who pencils Change or Die, in which the world-changing agenda promised to Jenny Sparks when recruited for Stormwatch is undertaken by another group. It pits them against each other, but Ellis’ manner of resolving the differences is decidedly original for a superhero title, and over the course of the story it’s revealed that all is not well within the Stormwatch hierarchy. Ellis puts effort into new characters, and later reconsidered the fate of some, who were reactivated in modified form.

The book’s one slightly below par story ratchets up tensions between Stormwatch and the U.S.A. before the début of new art team Hitch and Paul Neary. As was the case with Raney in the previous volume, over the course of six chapters Hitch’s art develops, moving away from his previous influences into the graphic widescreen style familiar today. Ellis is also moving forward, introducing Apollo and the Midnighter, then spotlighting the Stormwatch of an alternate universe. Two contrasting approaches to the narrative work equally well, and these are both idea-packed, suspenseful page turners. Hitch illustrates the next chapter in which an asteroid is approaching Earth. Stormwatch investigate, and we reach the major problem.

The final fate of Stormwatch in this incarnation was determined in a one-shot publication in which the WildC.A.T.S. team dealt with an infestation of Aliens aboard Stormwatch’s orbiting headquarters. Problems with licensing the material mean it’s absent here, leading to a jarring transition to the final chapter. At the conclusion of the penultimate chapter a shuttle is returning to the orbiting satellite, and the next now opens with a précis in which it’s announced that half the team followed for some considerable while are now dead. Even without the missing element this wasn’t Ellis’ finest work on the series, his mind already on The Authority.

There is so much good material in this collection that it’s still well worth purchase, but the missing pages would elevate it. Those wanting the full story can always opt for the paperbacks containing the material Change or Die, A Finer World and Final Orbit, which includes the chapter missing here.