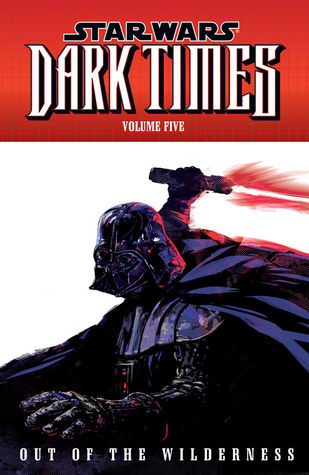 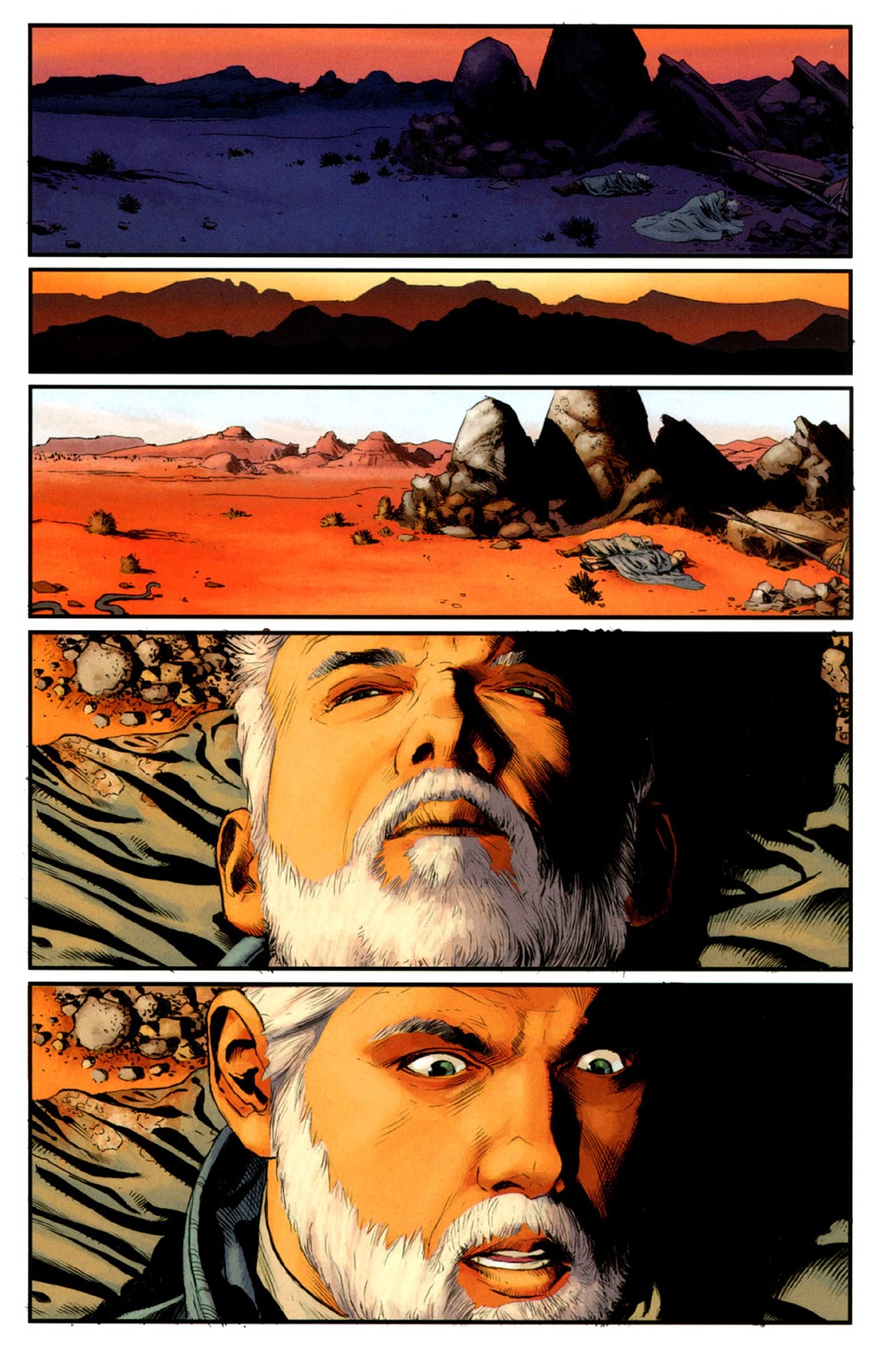 After spending some time wandering on his own Dass Jennir doesn’t yet realise it, but he’s suddenly very much in demand. Darth Vader has learned of his existence and begins to track him, yet there’s also someone else, very resourceful, one step ahead of Vader wiping out people that might be able to supply information. The crew of the Uhumele, meanwhile have tracked Jennir to Telerath, where he occupied himself during Blue Harvest. He’s elsewhere, though, having departed with a passenger and attempting to repair his floating H2 droid on the way to dropping them off. Unfortunately that plan is curtailed when his ship crash lands on a desert planet.

As ever, Douglas Wheatley’s art on this series is spectacular. He has a realistic naturalism as far as the cast are concerned, yet you can almost smell the oil in his spaceships and his scenery is beautifully realised.

It’s nice to see Darth Vader have a commanding scene early in the book, but for much of the volume he’s either absent or indulging in portentous dialogue. It seems a waste, somehow. Otherwise Randy Stradley puts together a decent action thriller. He’s not one for foreshadowing, dropping hints or twisting expectations. Apart from a few brief flashbacks that perhaps indicate Jennir’s purpose, his plot runs the line from A to Z.

By the conclusion Jennir and the Uhumele crew are reunited, and Jennir has a new element in his life. Dark Times continues with Fire Carrier, returning to a plot everyone surely thought had been discarded. That volume is collected along with this, the later A Spark Remains and the earlier Blue Harvest in the Dark Times Omnibus volume two.