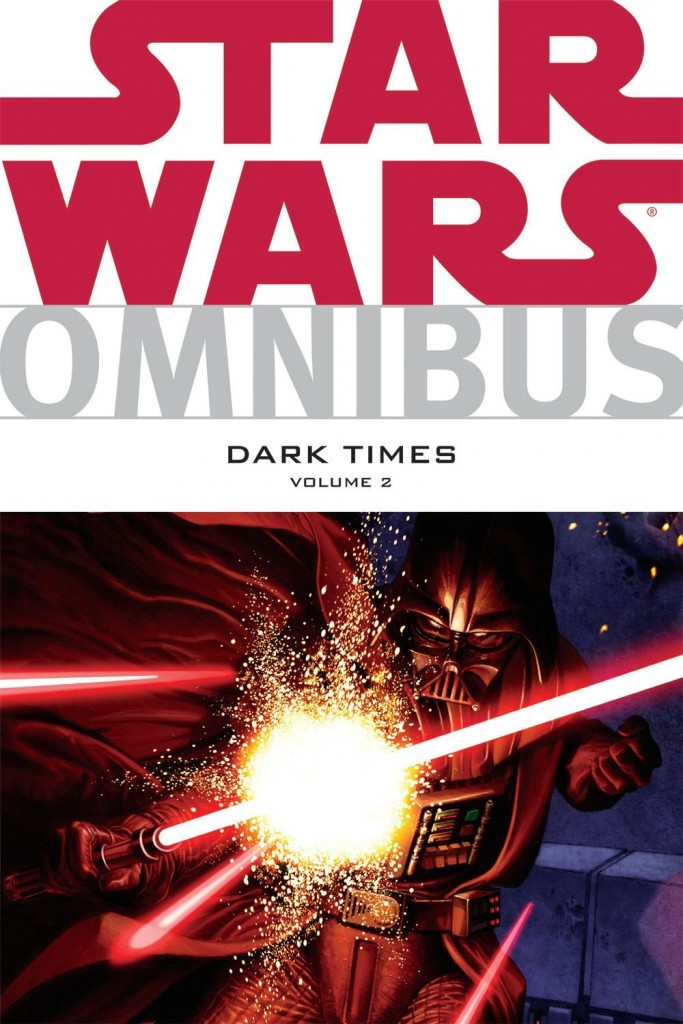 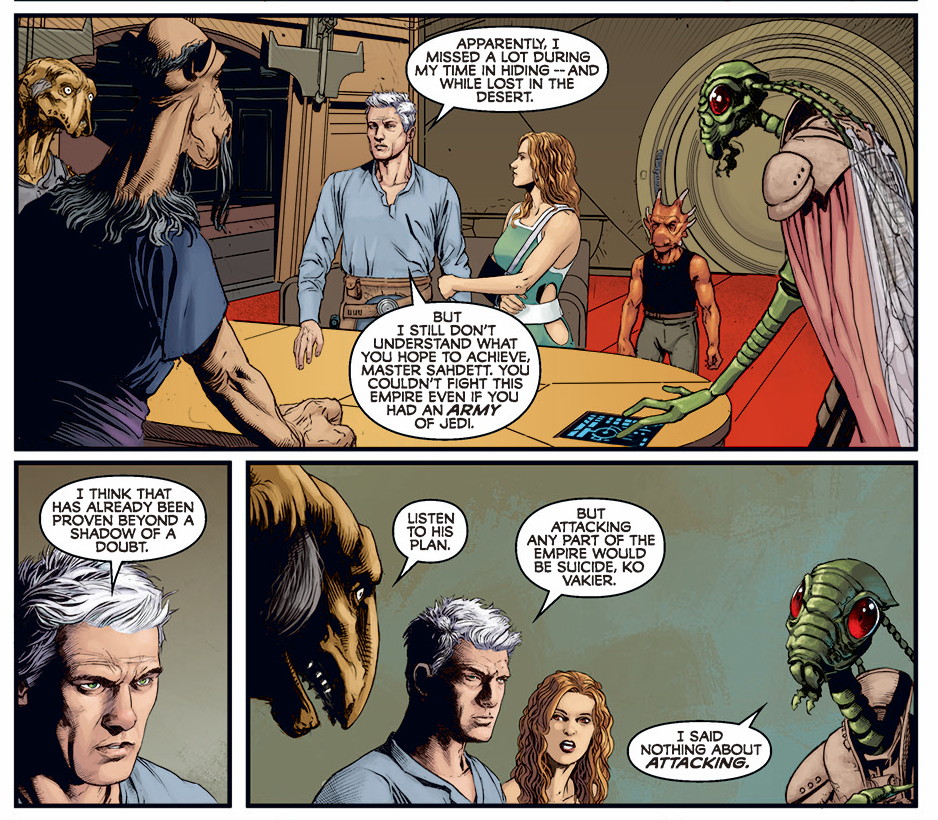 This second volume of stories following Jedis Dass Jennir, Master K’Kruhk and the crew of trading ship Uhumele is a big improvement on the patchy first collection. It gathers the stories previously published as Blue Harvest, Out of the Wilderness, Fire Carrier and A Spark Remains, and is set in that period of Star Wars continuity around twenty years before A New Hope, with the Empire having replaced the Republic, and the Jedi scattered across the galaxy.

Midway through the book writer Randy Stradley drops his Mick Harrison alias and begins scripting under his own name. Until the concluding arc he’s a very straightforward writer, not very accomplished at moving the spotlight away from his lead story, not deep with the character motivation, and not one for relying on plot twists to surprise. Blue Harvest, for instance, is the action hero movie template from beginning to end, but entertainingly delivered as Dass Jennir sets two opposing factions against each other.

Douglas Wheatley, by contrast, responsible for most of the artwork here, is top of the range and continually improving. Whether supplying scenery, battle or plans under discussion he’s equally accomplished. The one sequence drawn by Gabriel Guzman, certainly not poor, suffers in comparison. That deals with Master K’Kruhk and the Jedi padawans arriving as refugees on a planet where atrocities are occurring.

A continuing element of the series has been extremely brief, and often somewhat pointless cameos for Darth Vader, as if there was some contractual obligation to include him in the series. He’s puzzled by being sidelined with alternative duties as the search for remaining Jedi continues under other hands, and there appears to be an active plot to keep him from discovering clues as to their whereabouts. This isn’t a plot entirely resolved here, but the series improves from a greater focus on Vader.

The concluding sequence here is Wheatley at the top of his game, and Stradley suddenly discovering the value of surprises in his plots. The tension is established from a fantastic opening sequence of Darth Vader leading a platoon of stormtroopers, and continues as the Uhumele crew suddenly become proactive.

This is not entirely top of the range as far as Star Wars material is concerned (which would be Legacy among the longer running series), but there is enough quality content, and Wheatley’s depiction of the galaxy far, far away alone should make this a worthwhile purchase for Star Wars fans. Since Marvel reacquired the licence to produce Star Wars material these stories have been re-packaged and can now be found over the second and third volumes of Marvel Epic Collection: Star Wars Legends – The Empire.