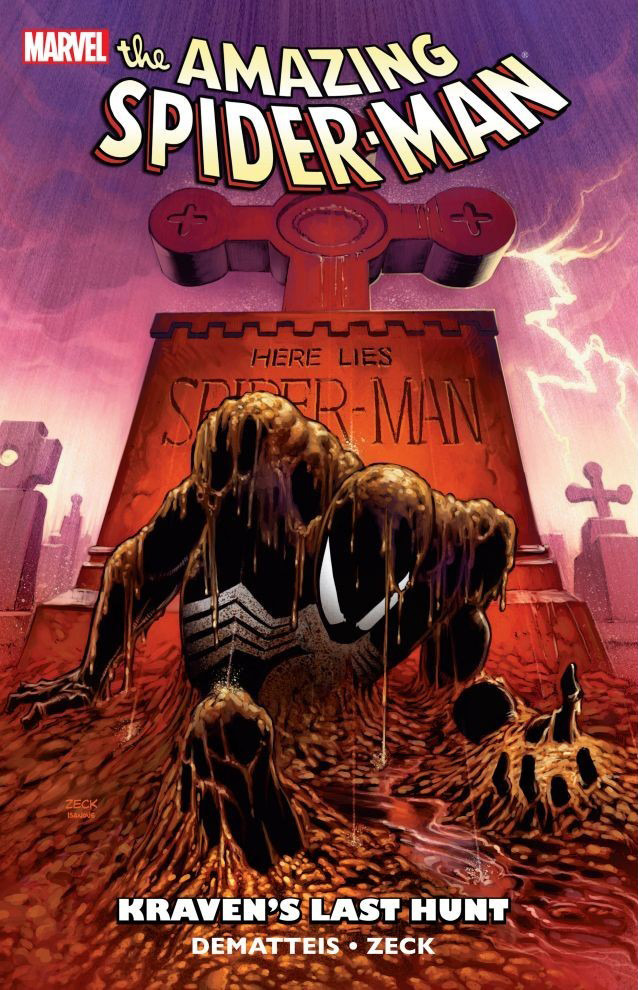 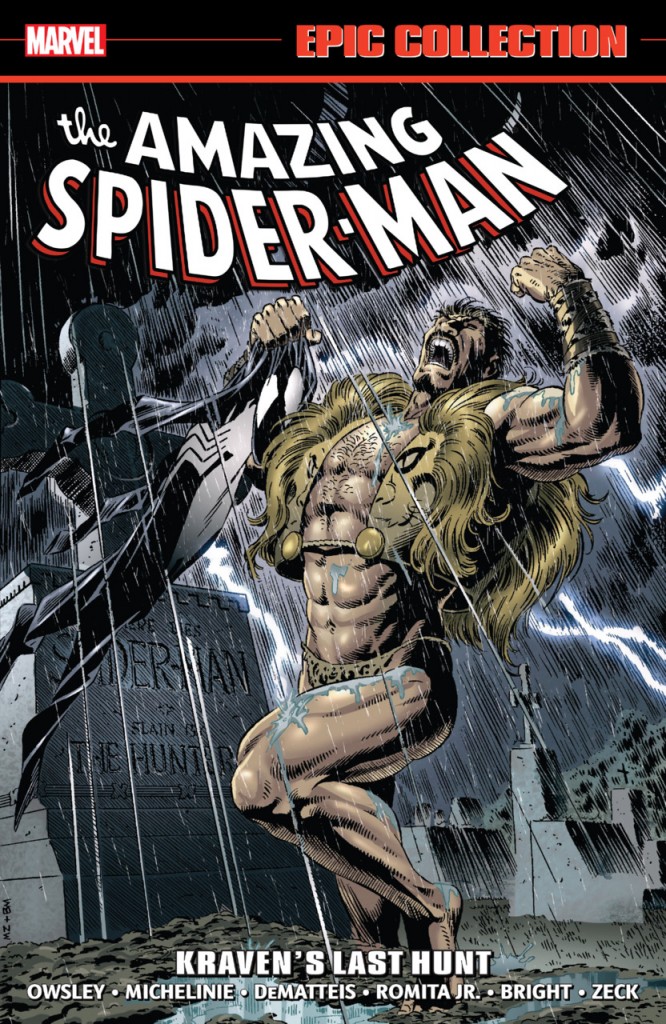 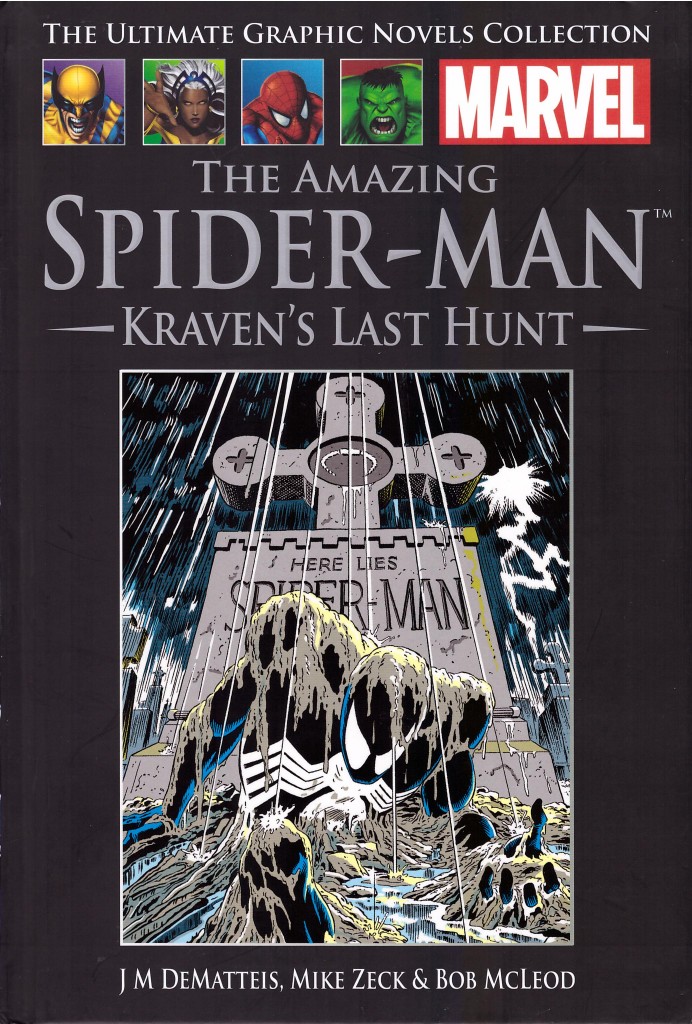 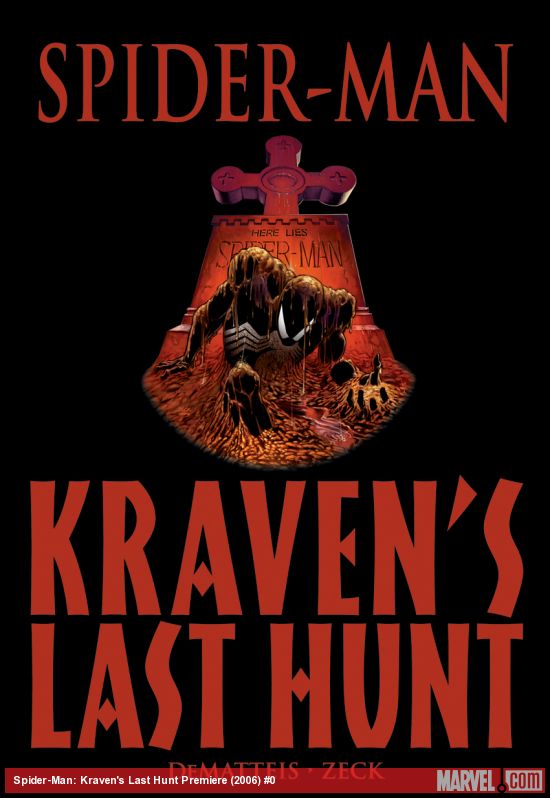 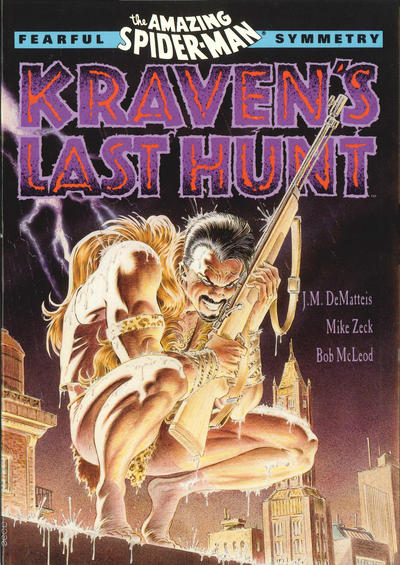 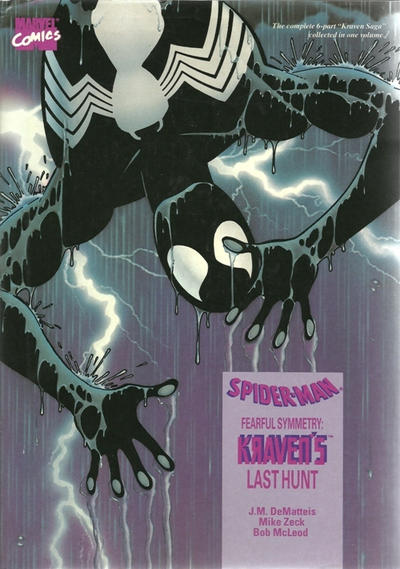 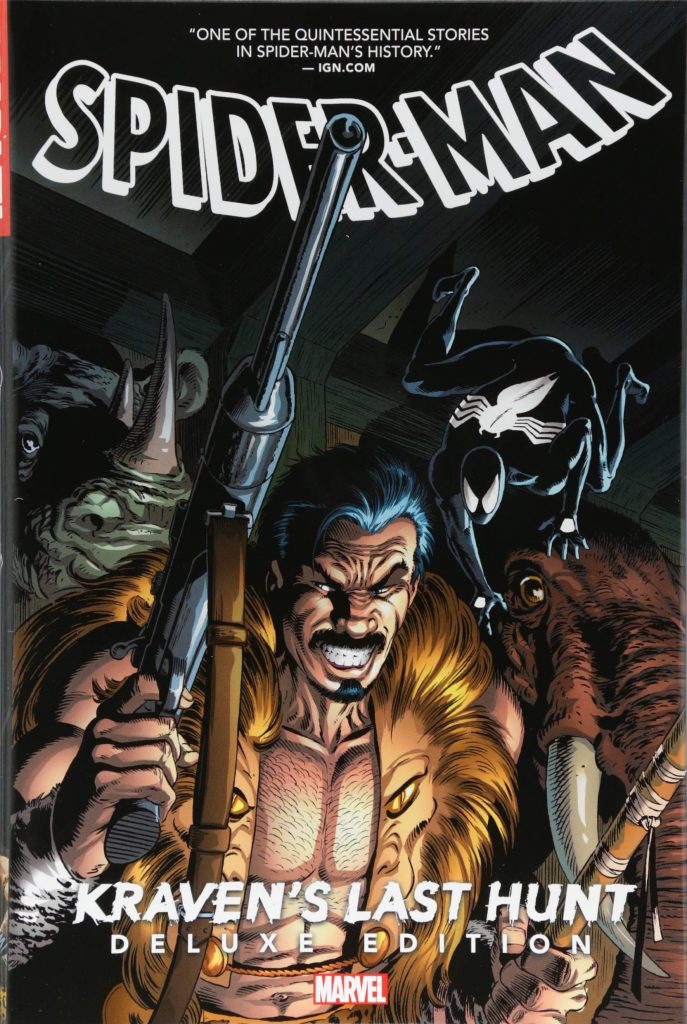 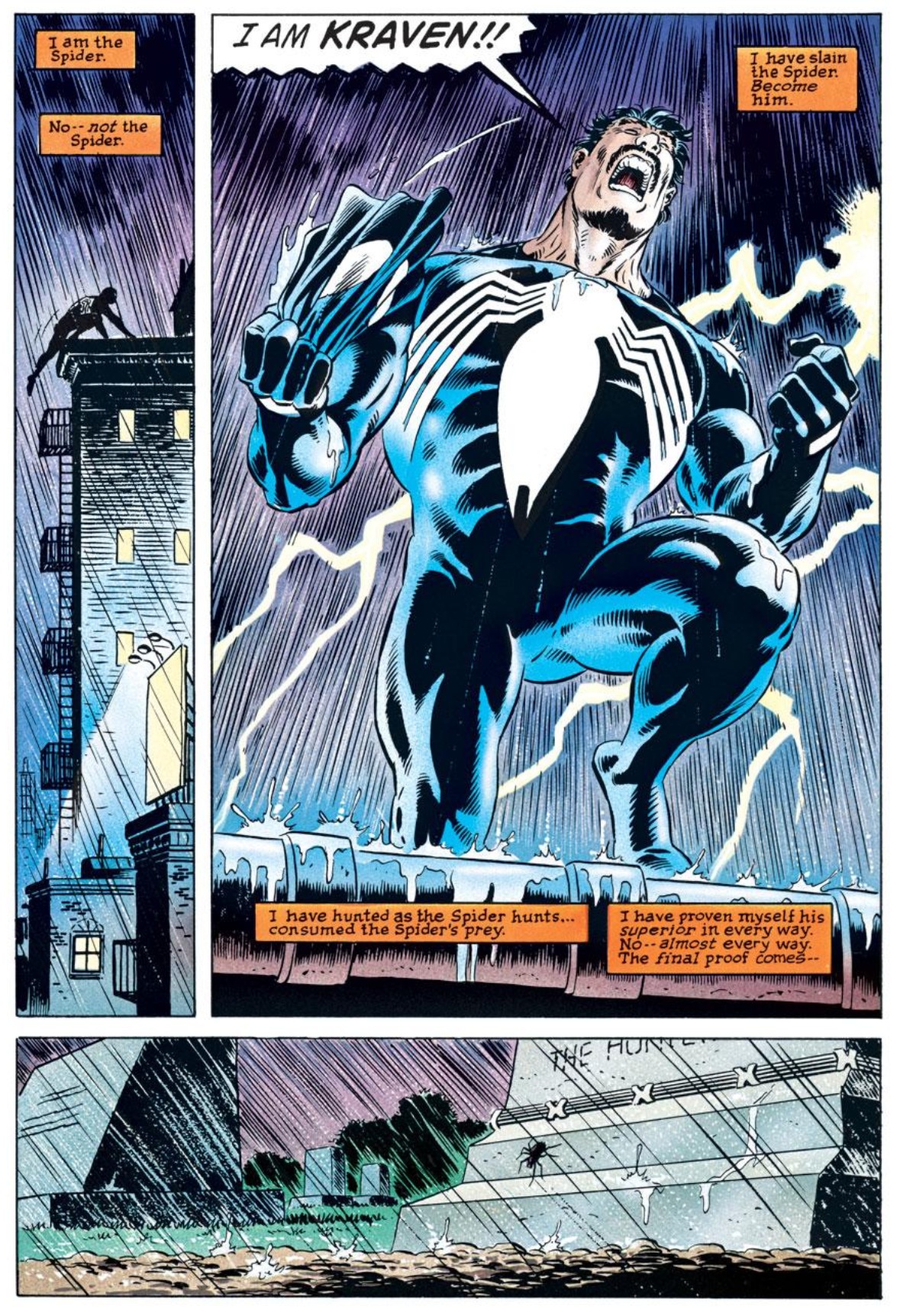 By the late 1980s Kraven the Hunter was a hangover from Spider-Man’s earliest days. His introduction during that period and membership of the first Sinister Six almost automatically accorded a status of classic villain, but as the years passed and Spider-Man became more competent, Kraven almost equally became more redundant. As introduced he was a big game hunter with a formidable reputation who preferred to wrestle beasts into submission and came to New York to hunt Spider-Man. Rather preposterously, he had a posse of jungle beasts under his control, he was a bit of a brute, and he wasn’t above the use of toxins.

It’s that final element that J. M. DeMatteis seized on years later, one that had been underplayed over the years beyond a quick poison dart if convenient for a plot. De Matteis establishes that part of Kraven’s skill set early, and that he’s used serums to prolong his physical peak, yet is now ageing. De Matteis also makes much of Kraven’s Russian heritage, characterising him as if a character from a Dostoyevsky novel, tormented and bearing the weight of the world on his shoulders. The captions reveal a man entrenched in the ways of the past, bemoaning the lack of dignity and honour in the world, and one aware his final days are drawing near: “Herbs and roots and potions cannot rejuvenate a dying spirit, or heal a heart crushed by the weight of a corrupted age.” This matches Spider-Man also uncharacteristically contemplating his own mortality, and his internal thoughts are contrasted with those of Kraven throughout the six chapters. We’re also privvy to the thoughts of two others, Mary Jane Watson, at the time Spider-Man’s wife, and another player who arrives later, and who’s altogether more primitive. The switching of tone supplied by four distinct voices is an effective device.

Mike Zeck’s artwork emphasises the strengths of the plot. Kraven is muscular and powerful, and for once it’s conceivable that he can wrestle a panther, while scenes of him engulfed by spiders have a deliberately lunatic quality. Much of the story is set in the rain, and Zeck delivers the intended dank mood as Kraven tests himself time and again.

In a couple of ways Kraven’s Last Hunt echoes the far later Superior Spider-Man (the phrase is even used), not least because of the perverse and self-justifying manner Kraven becomes Spider-Man, but also because it concerns duality and intuition. Kraven has a purpose in becoming Spider-Man, and DeMatteis underlines that in a story that takes place as much in Kraven’s head as it does on the page. At times the writing becomes overwrought, but we are dealing with someone who’s demonstrably insane, and the unique collection of voices definitely contributes to the story retaining a memorable quality so long after its original publication.

As it’s considered among the best Spider-Man graphic novels Kraven’s Last Hunt has seen numerous editions. In the UK it’s been part of the Ultimate Graphic Novels Collection, and Marvel have most recently issued an Epic Collection under the title. That’s actually a weaker product as it surrounds the work of DeMatteis and Zeck with that of lesser creators that’s unconnected beyond featuring Spider-Man, and so sucks the power from what’s best read in isolation. There’s also a novelisation by Neil Kleid.