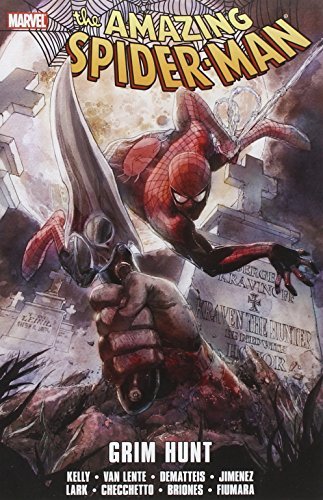 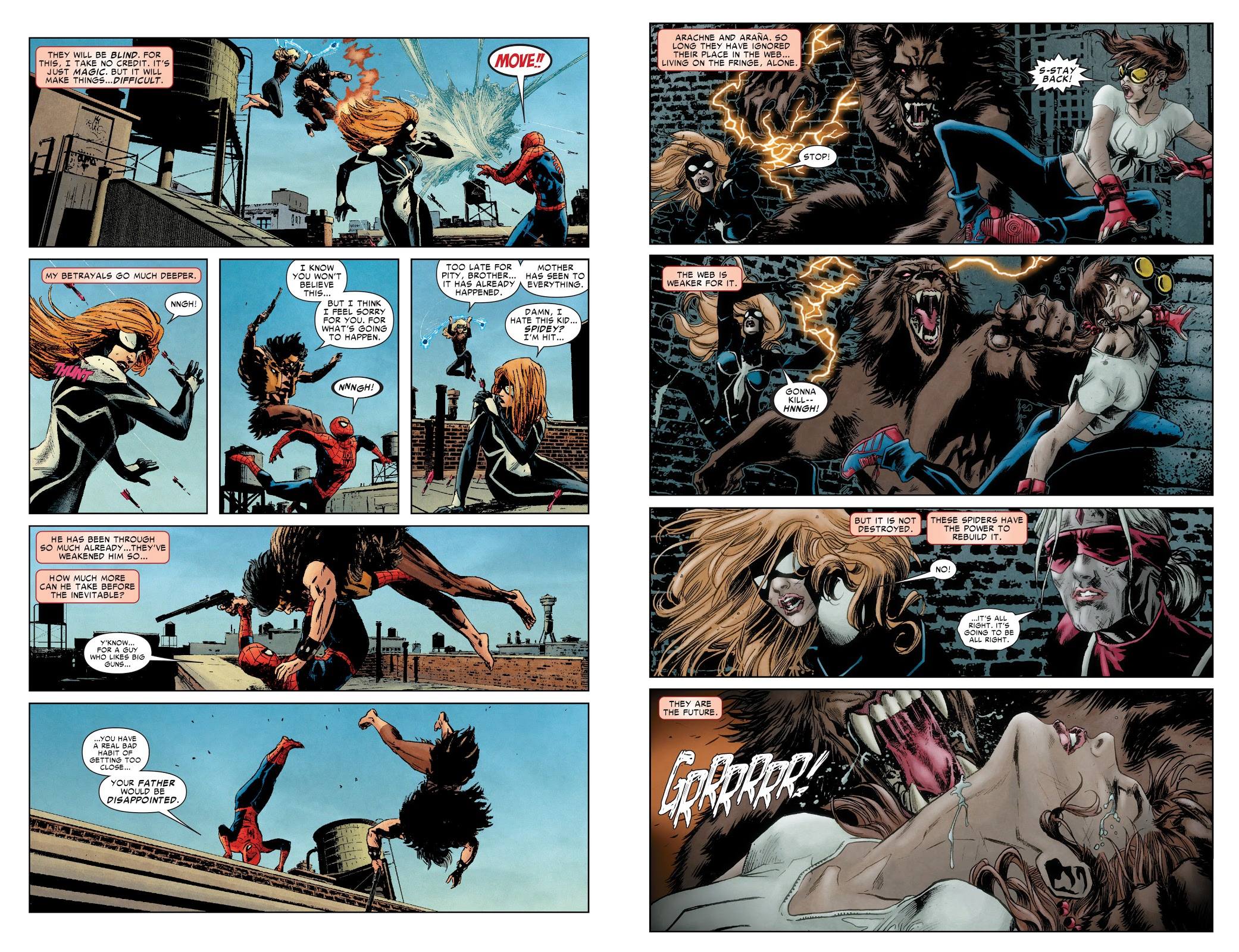 Of all the Spider-Man stories produced since his 1962 introduction, one of the most highly regarded is Kraven’s Last Hunt, in which the master hunter completed the hunt of Spider-Man to his satisfaction and committed suicide. It’s been a source of great discontentment to Kraven’s subsequently introduced relatives, and the loose thread connecting five volumes of The Gauntlet is their desire to test Spider-Man by activating, and in some cases increasing the power of his old enemies. They’re a demented bunch, somehow believing that if they sacrifice someone with spider-related powers over their father’s grave it’ll begin a resurrection process. What they have in their favour is that they’ve abducted Madame Web, an old lady able to see into the future, and with her certainties they believe their victory is a foregone conclusion.

The one unarguably successful aspect of Grim Hunt is Michael Lark’s evocative art. He sets the story amid the gloom and the rain, people half-seen in shadow, and offers the full package art, not taking the easy option of multiple close-ups and no backgrounds. The best Spider-Man artists take a more distanced view to demonstrate his sublime agility, and Lark does that. The muted and dark colours applied by Matt Hollingsworth are also very important in creating the proper atmosphere. Under other circumstances Marco Checchetto would be a perfectly acceptable artist, but when his pages intrude, although detailed, they’re ham-fisted, unsubtle and unwelcome. It’s all too often the case that when the original artist is unable to complete an assignment, editors don’t continue with someone whose style matches the established look. Why?

Joe Kelly’s story is dark and grim, and what with the way some gruesome scenes are explicitly shown, it’s questionable whether this is suitable for the standard Spider-Man comic. In addition to the scenes of sacrifice, we have Spider-Man pinned to a wall via three spears, and the blood runs freely elsewhere. While there’s no need to have read Kraven’s Last Hunt, Kelly recycles elements of it cleverly, and he also drops a great surprise for fans of J. Michael Straczynski’s Spider-Man. At first there seems to be a lapse of logic about information known, but Kelly expects readers to pick up on the full consequences of how Madame Web’s power can be exploited, and pulls a second neat surprise with the same character. However, too much is posturing and meaningless threats, and the lasting effect is several changes in the Spider-Man supporting cast, some no longer with us, some transformed, and one returned.

J.M. DeMatteis, writer of the original celebrated Kraven story, supplies four shorter chapters of Kraven solo, obviously set before his suicide, detailing the preparations for the last hunt. Like he did before, DeMatteis emphasises Kraven’s Russian heritage and his sense of honour, and we eventually realise we’re seeing a practice run, with Kaine substituting for Spider-Man. Max Fiurama’s art is wild, with pages by Emma Rios not matching that savagery. It reflects the main story in having resurrection as a theme, but it’s an appetiser, not a main course.

Grim Hunt has since been incorporated into, deep breath, Amazing Spider-Man: The Gauntlet – The Complete Collection Volume 2. 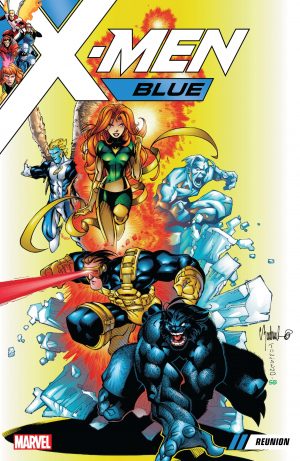