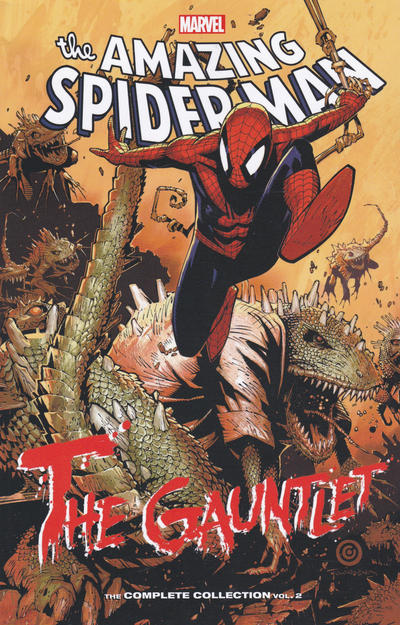 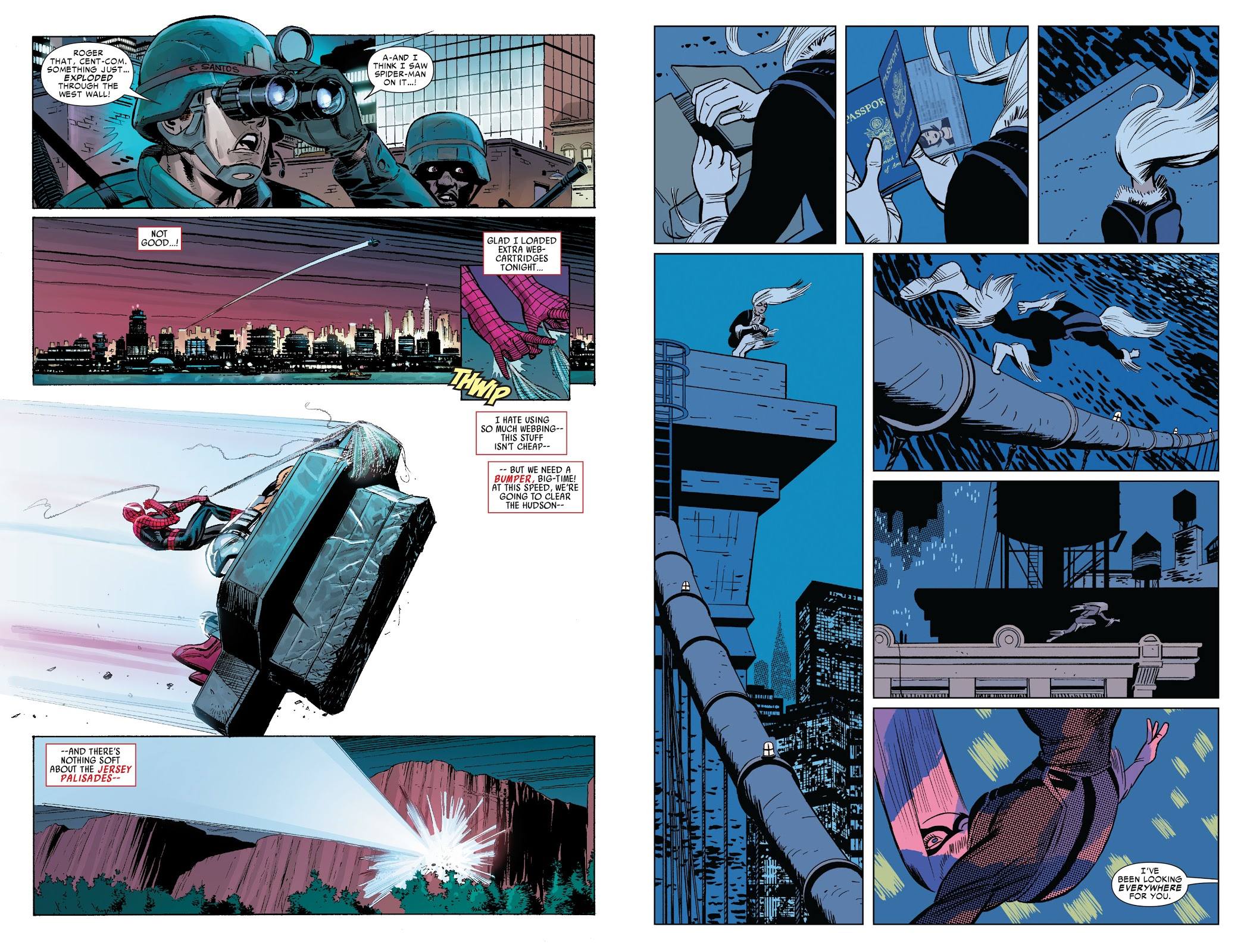 A disappointment of following through all five individual collections of The Gauntlet was the lack of a conclusion. The stated purpose of Spider-Man being manipulated into fighting one villain after another is to test him and wear him down. Occasionally the writers remember this, and include a panel or two featuring the relatives of the dead Kraven the Hunter discussing their plan, but more often than not they forget. However, this Complete Collection puts something right by including that final accounting with Kraven, originally published as Grim Hunt.

Let’s start there. Under Joe Kelly and artists Michael Lark and Marco Checchetto it lives up to the title, being violent and bloody to the point where it’s debatable whether or not the content is suitable for regular Spider-Man comics. There’s some notable art from Lark, and several redundant Spider-Man supporting characters are cleared away while a couple of others are transformed, but despite a few surprises, it’s not memorable.

The best of The Gauntlet content is, strangely, a story that has little to do with the remainder, as Roger Stern revisits a classic confrontation he wrote in 1982, which saw Spider-Man taking on the Juggernaut. That first confrontation, reprinted in The Gauntlet Vol. 4, is absent, but Stern with Lee Weeks (sample art left) sets a viable new problem on an even greater power scale. It’s left to Zeb Wells and Chris Bachalo to complete ‘The Gauntlet’, and while Wells provides a couple of nice moments, it’s Bachalo’s art providing the star turn as the Lizard re-emerges in what’s treated as a horror story, originally seen in Vol. 5. It also highlights a problem of rotating writers, as it’s left to Wells to finish off a subplot concerning Aunt May introduced by Dan Slott in Vol. 1, and he obviously doesn’t give a toss. More fun is a tidy chapter by Fred Van Lente and Michael Gaydos in which a situation with Peter Parker’s room-mate rapidly deteriorates.

While the events of the Gauntlet took place, Spider-Man was allegedly involved with the Black Cat, who’s barely seen. However, this collection includes her never previously collected four chapter solo outing by Jen Van Meter and Javier Pulido. Although now theoretically legit and employed as the Mayor’s security, someone is framing the Black Cat for robberies. It’s actually far more concerned with Kraven’s family than much of the Spider-Man content. Van Meter sets up a nice caper, beautifully and stylishly illustrated by Pulido, frequently using spreads for even greater visual delight. Javier Rodriguez supplies some pages, also applying a good sense of dynamism to the layouts, but the figures look more rushed. Van Meter sustains the tension over all four chapters, and the inclusion here elevates the remainder.

It’s a hit and miss collection overall, with some big names coasting, but on balance the good outweighs the disappointing and entertainment is provided. 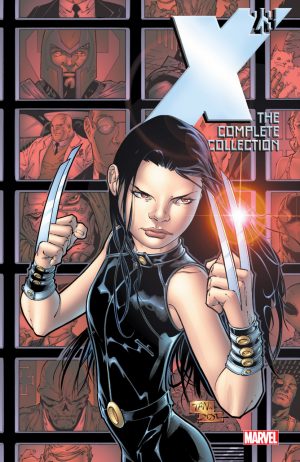 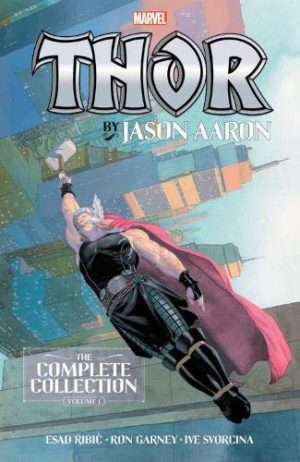