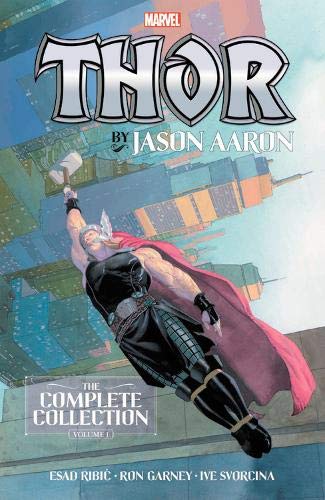 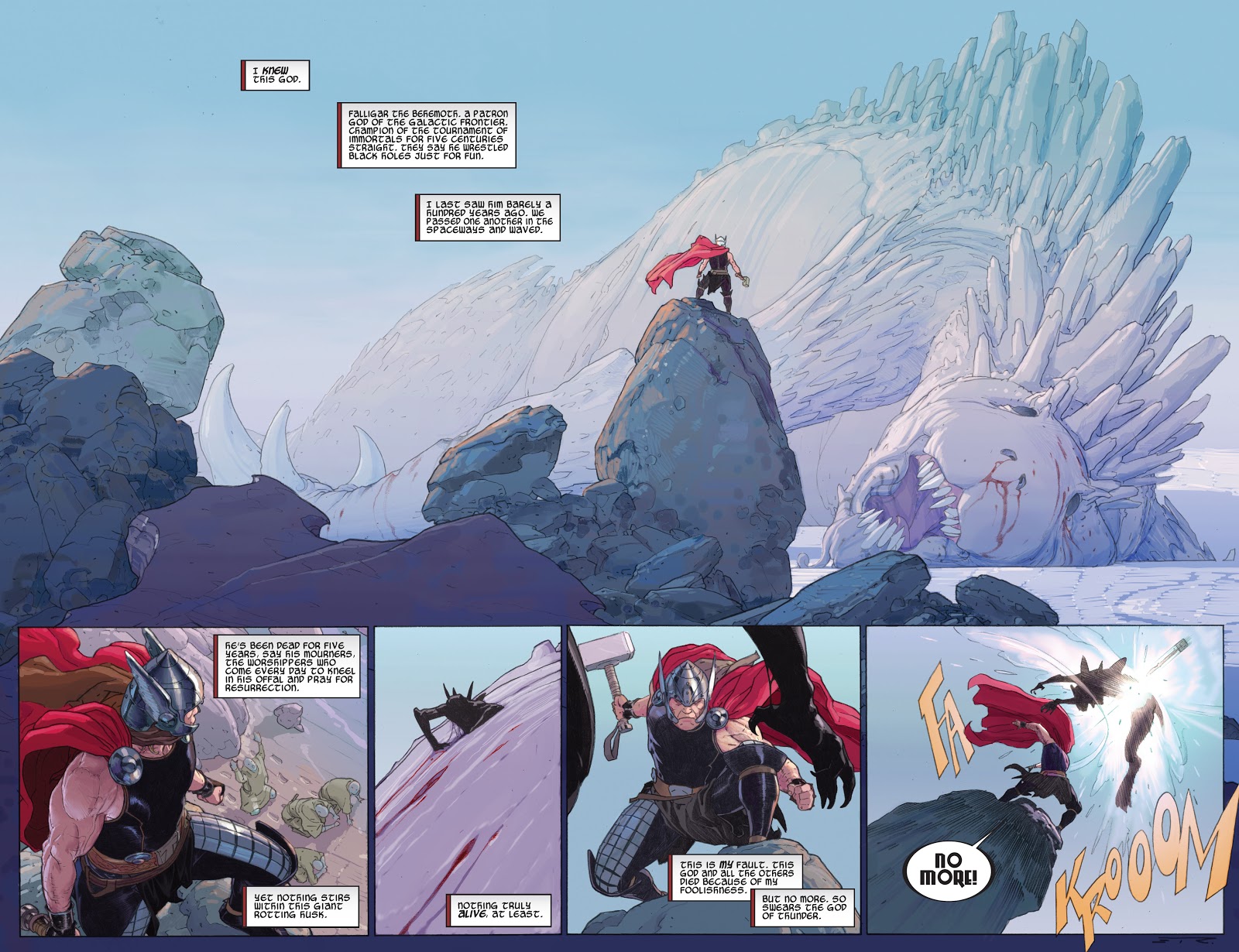 This bulky paperback collection combines the first three Thor trades written by Jason Aaron, and while his reputation on the title is rightly solid gold, if plotted on a graph, the quality level of this material is two peaks separated by a bit of a dip. That’s down to the plotting lapses in what was originally published as Godbomb.

Before then everything runs beautifully, Aaron with Esad Ribić introducing the threat of the God Butcher, a being who so resents the very idea of gods, he’s determined to wipe them all out, no matter who believes in them. He’s very successful, possessing mystical technology against which few gods stand a chance, and the way Aaron shows this is by reminding us that Thor, by human standards at least, is immortal. He battles the God Butcher in 894, in the present day, and again in the distant future when Thor sits alone in an empty Asgard cut off from the world, now resembling Odin visually and in terms of personality. While Aaron sticks to mystery and action the story flows beautifully, but once he begins providing answers the wheels come off, with several obvious flaws to the plot enabling the reader to question the God Butcher’s sanity, methods and motivation.

None of this is the fault of Ribić, whose interpretation of the grandeur of the gods is in stark contrast to the baroque splendour we’re used to. He supplies that grandeur via sheer scale, with little decoration, his Asgard a sparse, white space, but Thor in all his incarnations having a stature. Butch Guice is also good on the episode where we learn what motivates the God Butcher, and Ron Garney has the heavy lifting of establishing the nine worlds featuring mythical creatures of which Asgard is but one. All his effort is placed in the storytelling, which is phenomenal, his being otherwise a no-frills style that nonetheless supplies everything needed as Trolls, Elves, Dwarves and Giants team with Thor.

That story, originally collected as The Accursed, is not only pleasing on its own terms, but also served as a more reader-friendly introduction to Thor for anyone sampling the title after watching Thor: The Dark World at the cinema. It features many of the same elements, but most prominently unleashes Malekith the Dark Elf back into Thor’s world, having him rampaging through the other worlds. There’s a surprising conclusion, and for all the logic problems, the end of the God Butcher’s story is provided on a spectacular scale also.

Two further stories remain, each single chapters. Thor returning to Earth in the present day and looking in on old friends not only charms for what it is, but also sets up much of what Aaron achieves in Volume Two. Nic Klein provides the necessary gravitas and joy. Some of the art by Das Pastoras on Thor’s friendship with a dragon is stunning, ambitious and detailed, but there’s also some flatness and unintended odd looking people. His is definitely a name to watch out for, however.

Despite qualms about the God Butcher’s eventual fitness for purpose, it’s about the only foot that Aaron puts wrong over a six year run writing Thor, imaginative enough to encompass several different incarnations, and the good outweighs the flawed by a vast distance. If you’ve heard Aaron’s Thor praised but never read it, this is a good package. 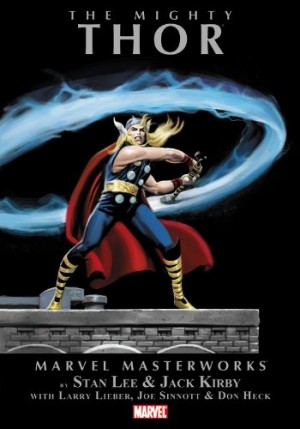