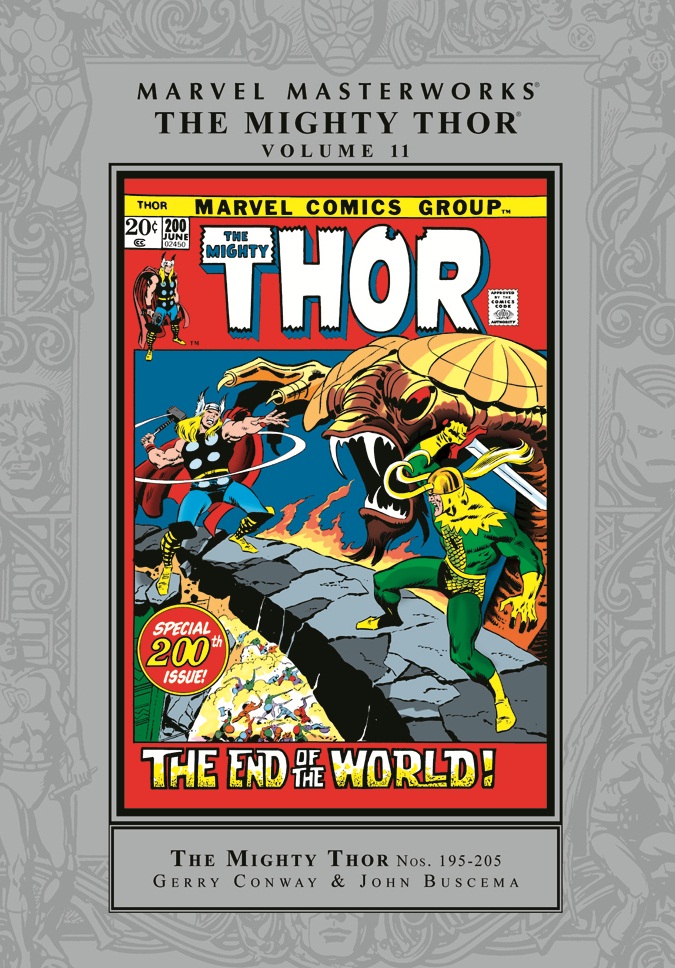 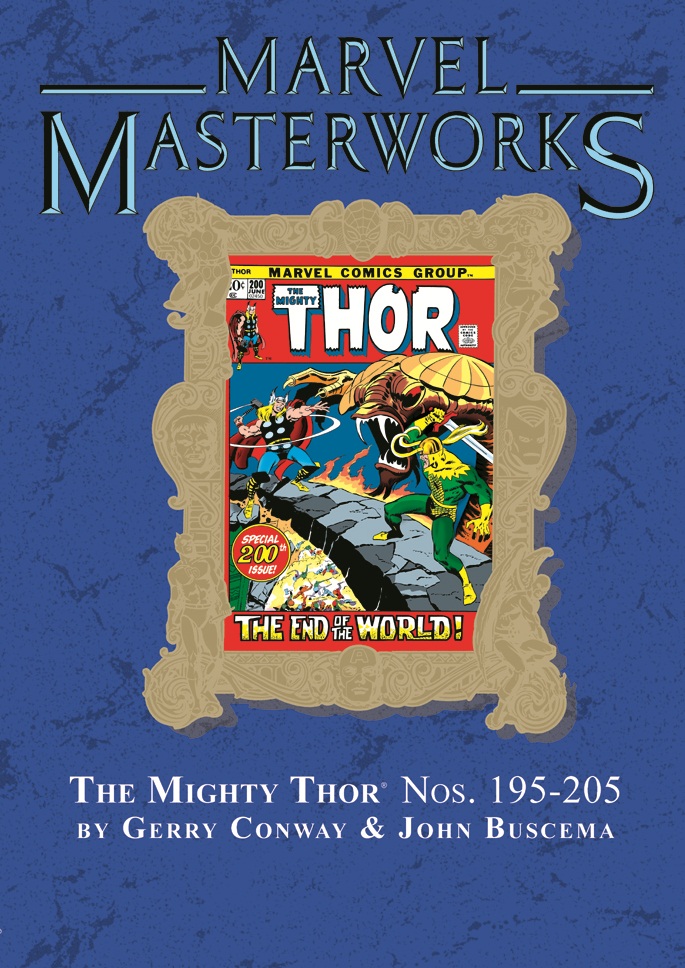 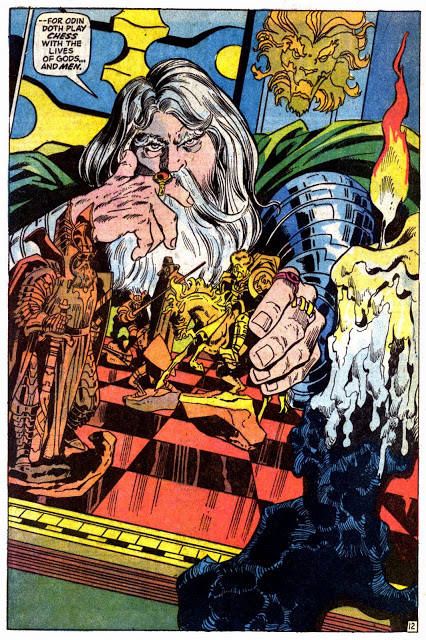 The previous Thor Masterworks featured the final Stan Lee work on Thor, as in 1971 he could no longer reconcile regular writing with his day job as Marvel’s publisher, although there’s a last hurrah for Thor’s 200th issue. For Thor at least, this was beneficial, as to begin with his replacement Gerry Conway was brimful of ideas, and left to his own devices provided better and more consistent stories than the title had seen in several years. It should be noted, however, that Conway’s ideas mainly concerned the viable use of those returned to the strip in preference to creating new characters. There are exceptions, but most haven’t stood the test of the time in the manner of the Jack Kirby creations he employs.

As this volume opens, the terrifying Mangog once again has his sights on Asgard. Thor and his companions are absent, having been advised to seek out the Well at the World’s End, while Sif and her protector Hildegarde have been dispatched by Odin to somewhere he considers them safe.

Vince Colletta is still inking most of the material, but his brushwork meshes far better with John Buscema’s classic illustrative style than it had with Kirby. Buscema’s obviously enjoying himself, and the art starts well and becomes better and better. Given humungously hewed warriors having at each other he’ll produce page after page of epic grandeur, and it was here that he honed the style he’d later apply so successfully to Conan the Barbarian. It’s most decoratively seen on Lee’s script detailing Ragnarok, the fall of Asgard, into which Buscema throws numerous mythical creatures and demons, yet his four panels per page thrill without crowding. Let it also be noted that Buscema took on Kirby’s speciality of full page Odin portraits, and equals the power and splendour as per the sample page.

While Asgardian supporting characters featured from the earliest days of the strip, Conway integrates them more fully, almost to the point of creating an ensemble cast, although Thor remains the primary manifestation of heroism, the last ditch fighter. Conway’s influences are obvious. He’s a Lord of the Rings fan, and much of his run will have Thor and companions on quests, taking diversions and picking up allies, but Conway also throws in the mythical fates, and Arthurian knights, and they all work within the broader context of a faux Asgard. There’s some cheating with cliffhanger endings, which are all too easily resolved, but there’s an epic quality to the threat of Mangog, Hela vs Pluto for mastery of the dead, a manifestation of Ego the Living Planet and the creation of new Gods. This latter element is somewhat tainted by the fact of Thor’s co-creator Kirby then working on New Gods at DC, and so coming across as a copy.

More original is his introduction of old salt Silas Grant, rather lost in the shuffle here, but who sticks around to serve as the reader’s voice, consistently astounded by the wonders he’s witnessing. That’s contrasted by some primary Asgardians exiled to Earth (again), but the bathos of their experience is well conceived. Conway also introduces a character from outside Thor’s regular foes, yet known to Marvel readers, and he integrates very well with the themes explored in the series.

We have to go back to Kirby in his prime in Masterworks volume 7 since Thor has looked this good and read this well, and with reservations the quality continues in volume 12. Both are also available in black and white as Essential Thor 5.