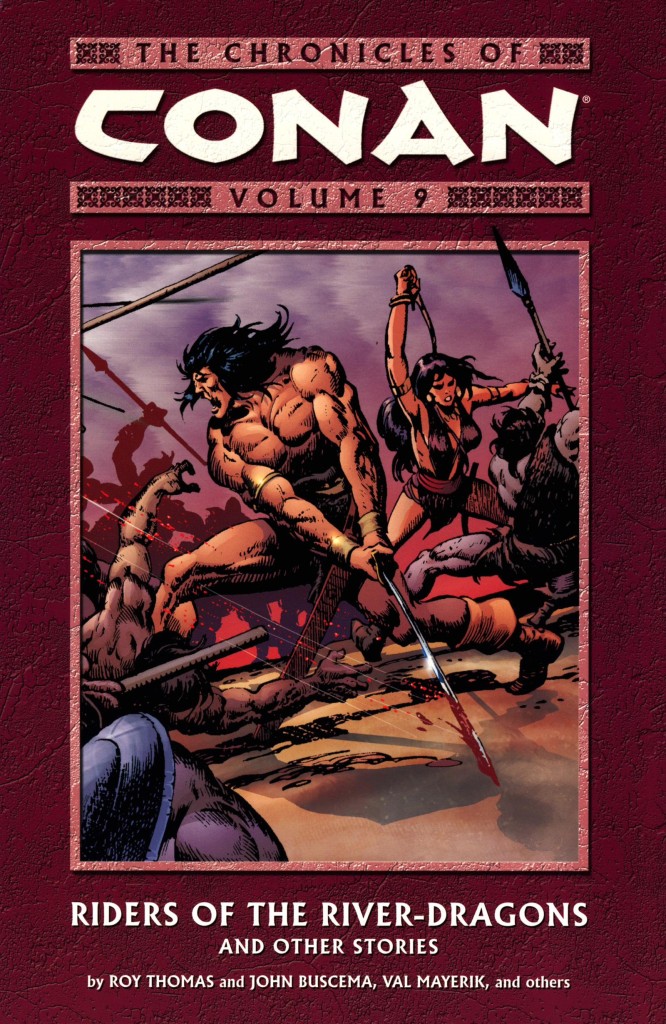 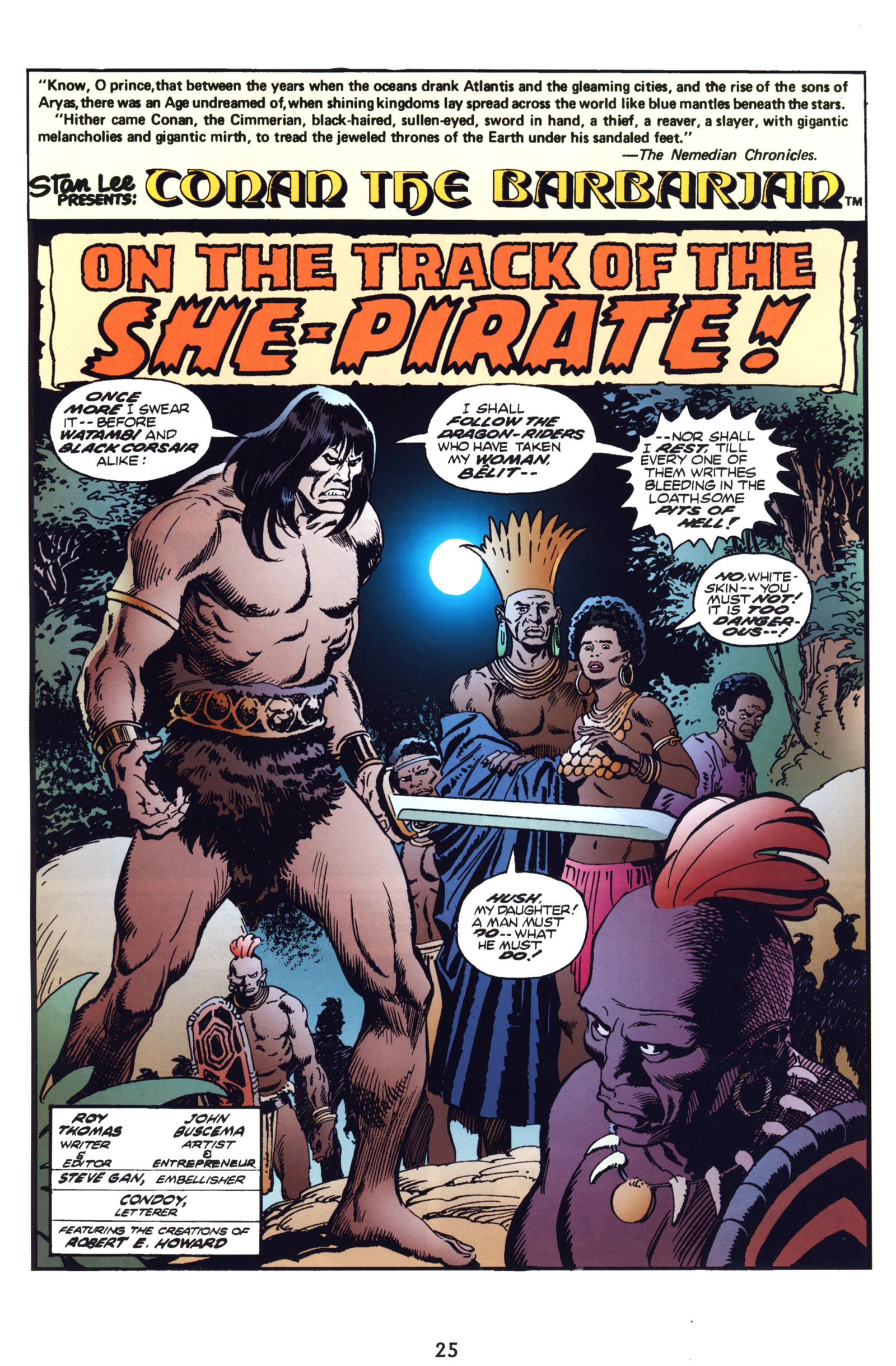 Volume 9 collects some of the best stories writer Roy Thomas and artist John Buscema ever crafted for Conan the Barbarian. Now a member of pirate queen Bêlit’s Black Corsairs (and sharing her bunk), Conan joins their raids up and down the Black Coast. ‘Riders of the River-Dragons!’ and ‘On the Track of the She-Pirate!’ are part of a story that starts when Bêlit takes the crew to collect tribute from the Watambi Tribe. They have already been raided by warriors who ride trained crocodiles as mounts, all scepticism fading away when Bêlit is captured by the Riders. As fantastical as it sounds, the stories work because Thomas taps into  the power of primordial fears. Crocodiles on their own bring a shudder, but the thought of warriors able to tame and ride crocodiles is utterly terrifying! As it happens the Riders are themselves in fear of a mystical figure named Amra (‘Lord of the Lions!’), a Tarzanesque character who makes the Lord of the Apes look positively civilized. Bêlit is intended as tribute for this Lion-man, Conan in hot pursuit through dangerous jungles and headed to a deadly showdown (‘Death among the Ruins!’). Buscema nailed the environment, utilising different angles and viewpoints to show off character features and stunning background detail. This is a battle weary Conan, the constant death and dangers of the jungle environment starting to affect him, excellently captured by both Thomas and Buscema.

Back on the ocean The Tigress runs into trouble with Stygian ships, forcing them onto a mysterious island (‘Fiends of the Feathered Serpent!’) where they encounter a terrible creature based on Aztec/Incan legends.  Freely adapting Howard’s ‘The Thunder Rider’, this is a page turner all on its own. Val Mayerik is guest artist for another loose Howard adaptation in ‘The Demon out of the Deep!’, another origin story of sorts that tells a little bit more about Conan’s history by tying in events after the ‘Beastmen’ story in Volume 1. Thomas pens a chilling tale to which Mayerik adds good detail, but he lacks Buscema’s ability to generate dread with his pencils. This is particularly obvious when Buscema returns to provide an excellent atmosphere for a two-part story involving gods and immortals in ‘The City and the Storm!’ and ‘The Secret of Ashtoreth!’ Set against a mysterious island where the crew is hired to protect the city of Kelka from Bacharan corsairs, a double-cross occurs that does not end well.

Thomas adapting other people’s stories for Conan was always good, whether they were from the original source or adjusted to fit Conan, but his own stories always stood above the rest and his full potential was certainly not realised when he was pulling double shifts as editor/writer. That’s proved here with some brilliant scripting that selects all the sword and sorcery tropes to make entertaining and fun adventures. Combine that with Buscema’s ever-improving details, impressive landscapes, brilliant battles and duels, and the result is a magical experience even forty years later. Their work was genre-defining, both Roy and John respectively invited to contribute to the live-action films a few years later, fittingly so since they are most responsible for catapulting the brooding Cimmerian into the pop culture spotlight.

The adventures continue in far-flung Stygia in Volume 10: When Giants Walk the Earth and Other Stories. 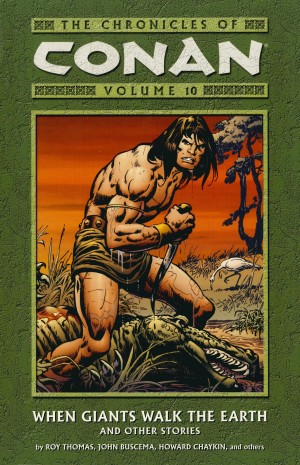