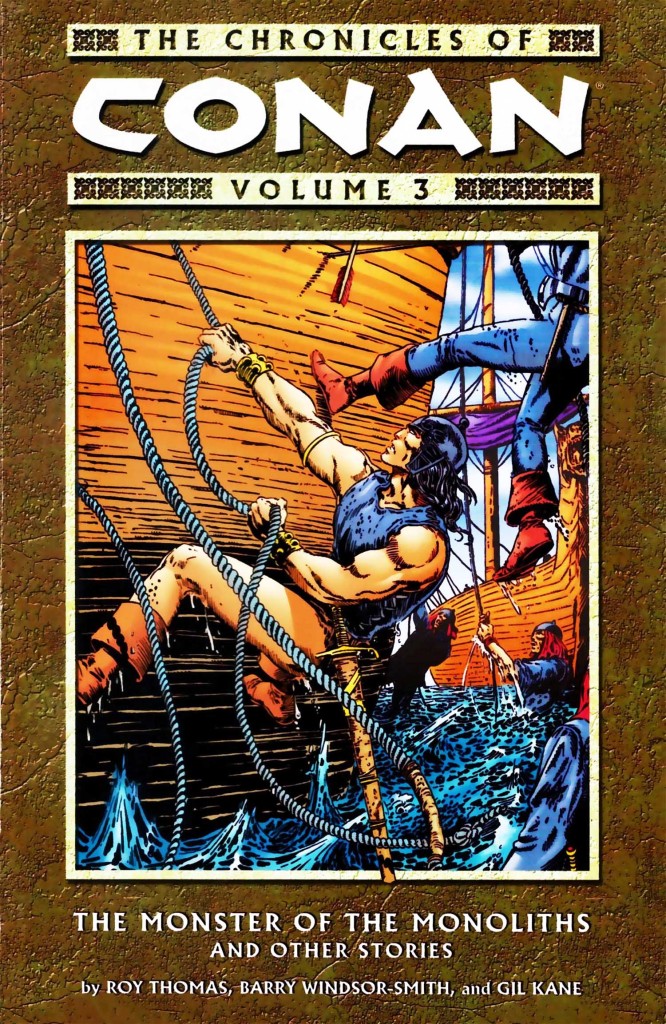 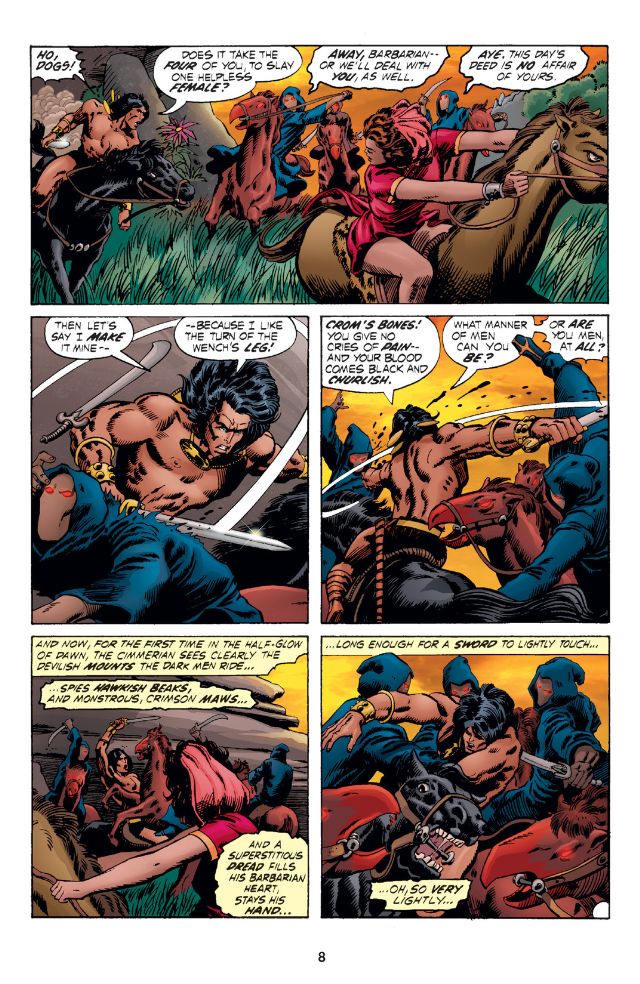 Roy Thomas extended his passion for heroic fantasy, adapting established science fiction and fantasy novelist Michael Moorcock’s creation Elric of Melnibone’s stories to involve Robert E.Howard’s brooding Cimmerian. Plotted by Moorcock and James Hawthorne, Conan re-encounters the wizard Zukala and his daughter Zephra (‘Zukala’s Daughter’ in Volume 1). God-like beings from another dimension are trying to conquer their realm and Elric enters the fray in search of the tomb of his ancestor the Green Empress. It concludes in ‘The Green Empress of Melnibone’, the frail albino wizard Elric the antithesis of the muscular and superstitious Conan. This is classic swords and sorcery with some excellent detail, but Smith’s work feels uneven. Moorcock’s Elric stories were, according to Thomas, relatively new in the USA so they stuck to the American novel’s cover artwork to maintain a sense of familiarity. It is an awkward look that Moorcock was none too thrilled about, an overloaded and tired Smith (about to leave for the first time) struggling with Elric’s portrayal and affecting Thomas’ otherwise well-handled story.

Thomas had earlier created Blackrat and Fafnir as a nod to Fritz Leiber’s creations Fafhrd and the Gray Mouser. Fafnir reappears here in the ‘Gods of Bal-Sagoth’ and ‘The Thing in the Temple!’, Gil Kane taking over the pencils for a much more character focused approach. Though only present for two stories, the emotion overflows from features and frames in some nicely presented panels of lost continents and dark magic. The digital retouch Dark Horse employed for these volumes enhanced Smith’s work beautifully, but it is Kane’s work that benefits the most in this book.

Windsor-Smith returns with ‘Hawks from the Sea’, starting what Roy Thomas would later call “The Hyrkanian War” or “War of the Tamir” saga. Conan and Fafnir are rescued by Prince Yezdigerd of Aghraphur sailing to assault the city state of Makkalet in a holy war of sorts. There is some good chemistry between Conan and Fafnir, the older Fafnir becoming a mentor to the young Cimmerian. Smith produces some detailed and classic cityscapes in a style that accentuates the chaotic aspect of battle, very different from his work in the Melnibone cross-over. His style changes again for ‘The Black Hound of Vengeance!’, moving from heroism to a darker tone exploring the consequences of war and vengeance. Smith does a great job engaging us with his illustrations, but Thomas loses us as his dialogue has started to meander, becoming overly verbose. The language is distracting rather than interesting.

‘The Monster of the Monoliths!’ is inspired by another Howard tale, The Black Stone. Visually this is a mixed bag, some of Smith’s work being brilliantly ominous while it verges on the comical in other places. Thomas’ plot is too long and again it’s too wordy, making it good rather than great. His ramblings in the afterword are thoroughly engaging, though, and mention a heavy workload due to being the associate editor for Marvel while writing Conan. Clearly this affected his work much like the pressures of deadlines affected Smith’s work in the Melnibone stories. It never approaches awful, but neither is working at their best. Thankfully that is remedied in The Song of Red Sonja and Other Stories.

All of Smith’s work on the series can be found more sumptuously presented in The Barry Windsor-Smith Conan Archives or, alternatively, in black and white in Marvel’s Essential Conan. 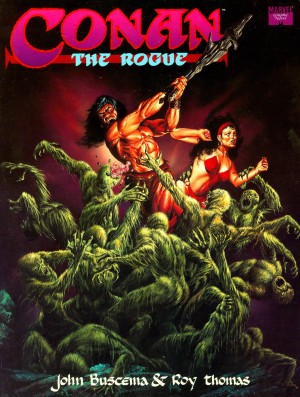 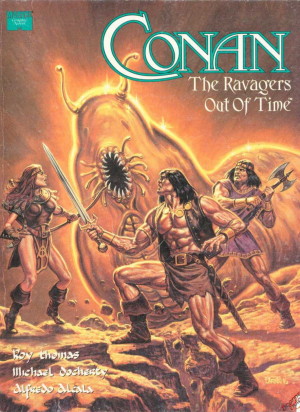