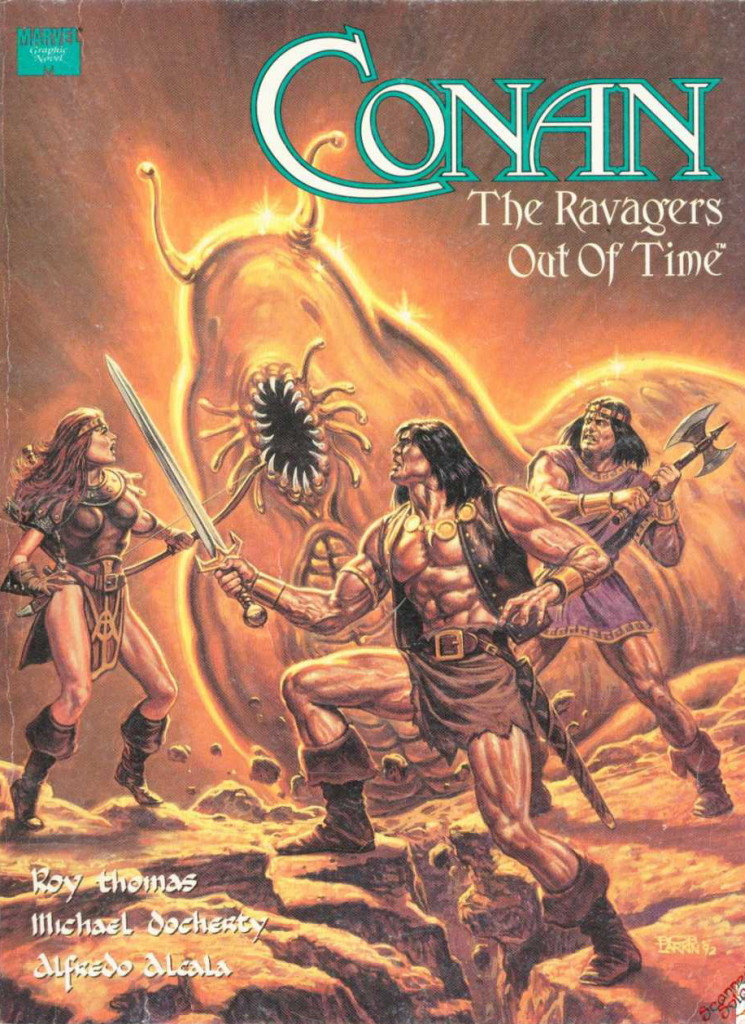 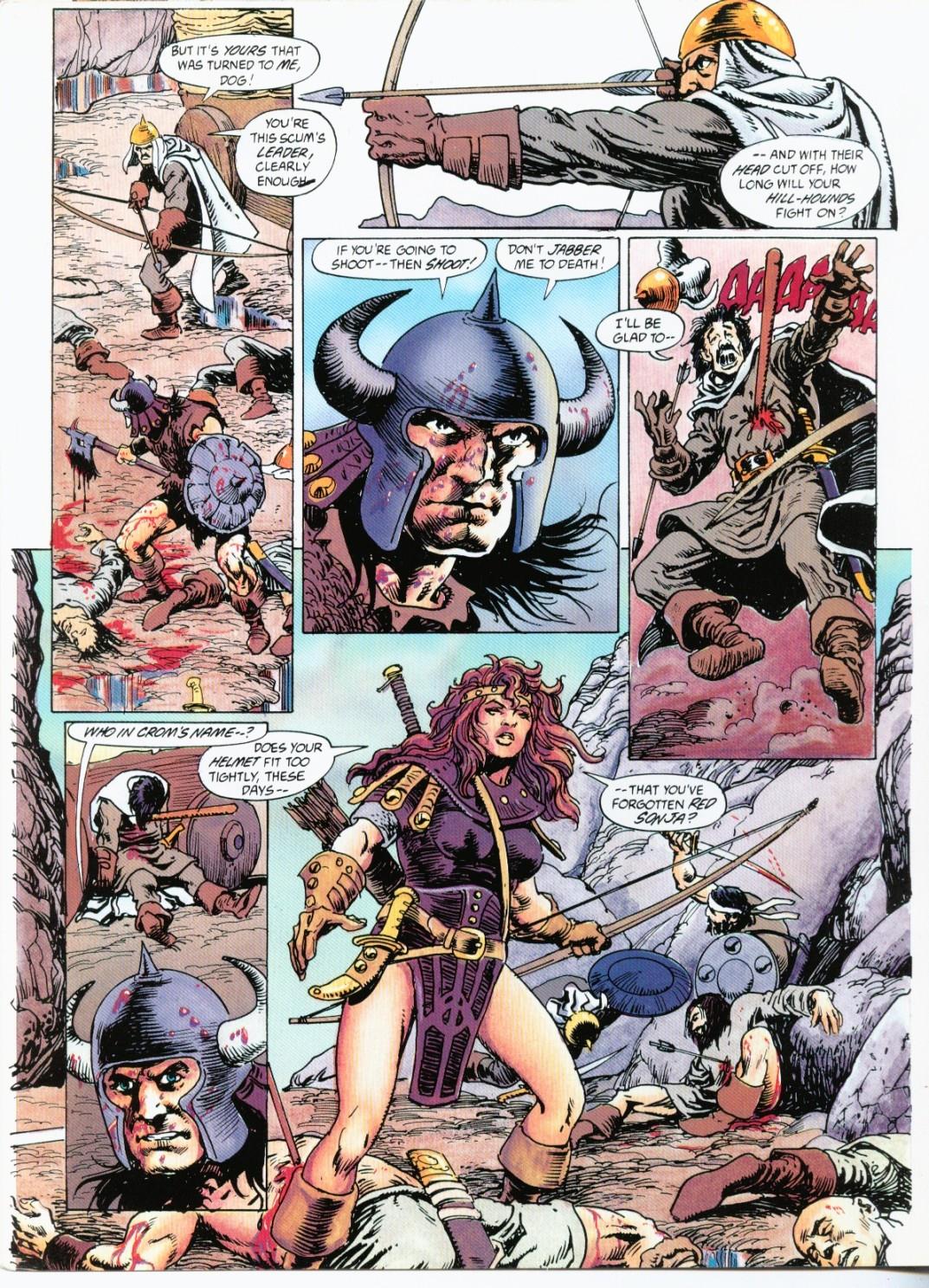 As the sample illustration displays, Red Sonja shows up very early in The Ravagers Out of Time, and she’s not the only surprise as Thomas references a dream once had by Conan in one of the earliest tales he wrote about the log-sinewed barbarian. It’s an element set to one side as Conan and Red Sonja plot to rob a gold mine held by the Turanians. Conan is then heading the Free Companions, a small guerilla group swearing no allegiance, and recalls the mine had a protector, which leads back to the dream. Suffice to say fans of Robert E. Howard’s creations aren’t going to be disappointed where the tale weaves from here.

It’s not only the dream that leads back to Thomas’ previous work as he pulls a trick from his superhero writing and also references another of his old stories, presenting the essence in flashback. The crux of the plot is a scheme by an ages-old sorcerer to transplant his mind into Conan’s body, and Thomas sets himself an interesting dilemma by forcing events toward individual combat that neither participant can win.

Thomas and Michael Docherty collaborated on The Horn of Azoth two years previously, and Docherty’s art had progressed a great deal since illustrating that. He packs his action pages, but now provides viewpoints with a greater distance presenting a more satisfying spectacle. The opening page and a later depiction of a king at the head of his troops are very nice illustrations. It also helps that he’s provided with ornate professional polish of Alfredo Alcala inking his pencils.

Ravagers Out of Time would have benefited from some compression, but those who love their Conan should have their money’s worth here.