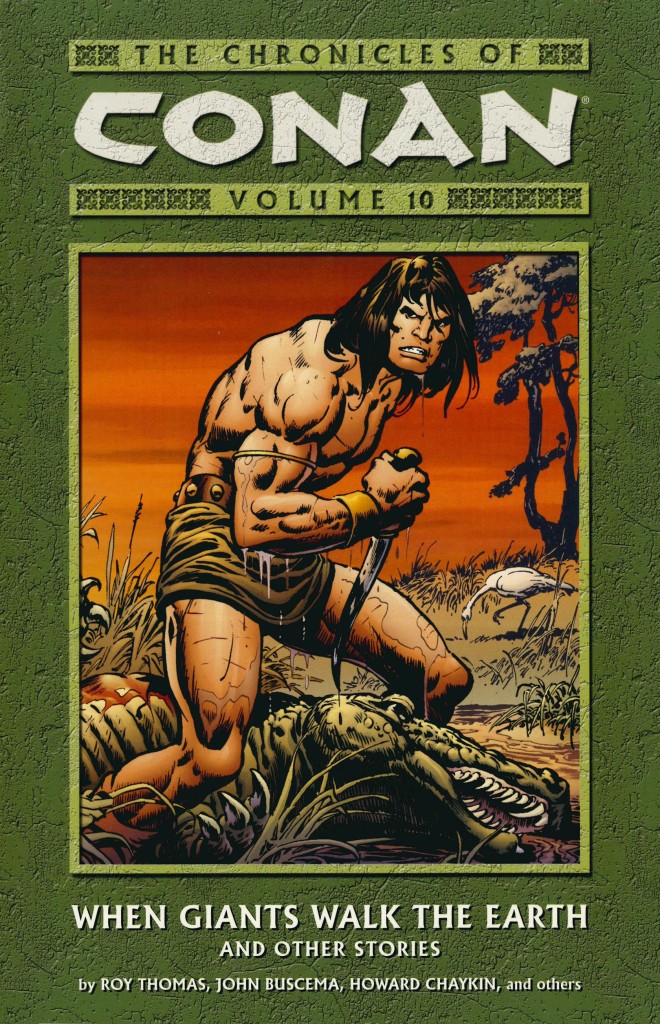 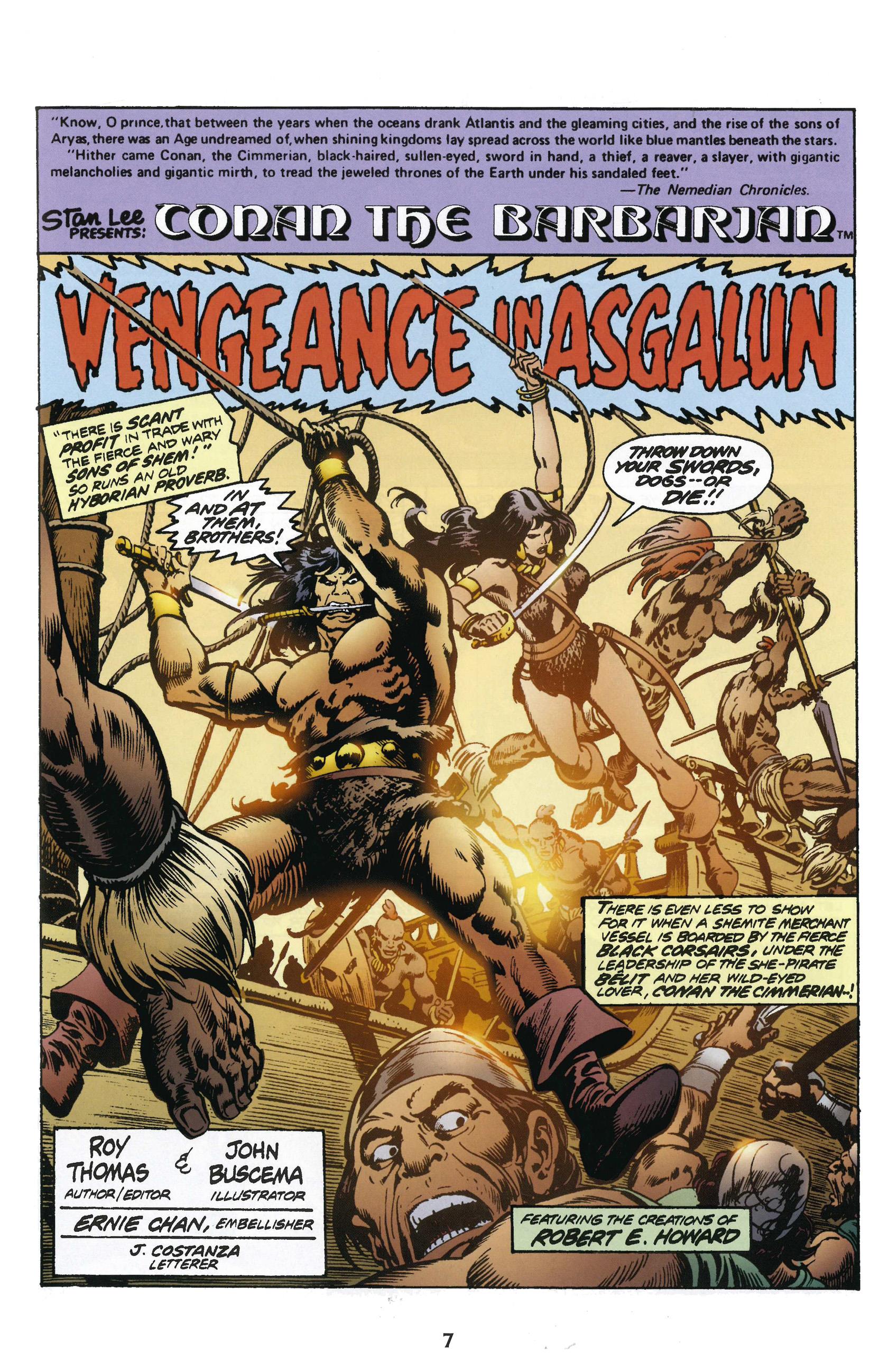 Beginning with Volume 8, Conan would accompany Bêlit and the crew of the Tigress for three years over a storyline that far exceeded the she-pirate’s single prose outing in Robert E. Howard’s ‘Queen of the Black Coast’. Writer Roy Thomas portrayed Bêlit as a dispossessed princess planning to reclaim her throne at the right time, Conan her lover and companion.

In ‘Vengeance in Asgalun’ Bêlit is forced to return to her homeland Shem sooner than she hoped to help a friend, and is accompanied by Conan. They make a startling discovery that will lead them on into the hated Stygia once they deal with internal treachery (‘He Who Waits in the Well of Skelos!’) and if they get through the powerful naval city of Khemi (‘The Battle at the Black Walls!’). Their journey is interrupted by ‘The Hawk-Riders of Harahkt!’, unwittingly becoming involved in the politics and ambition of two brothers and joint-rulers the Priest King and the Warrior King. What results is Conan fighting for his life (‘Swordless in Stygia’) and facing off against ambitious kings and impressive humans in ‘When Giants Walk the Earth!’ John Buscema pencils excellent opening pages that became a trademark for his Conan work with some brilliantly detailed cities and landscapes. There are astounding aerial battles and struggles against nature seen from different viewpoints that really heighten the sense of Conan fighting for survival. His action sequences capture the hurly-burly of conflict, the atmosphere palpably fraught and tense. Buscema would take a hiatus from Conan the Barbarian to work on other projects, Howard Chaykin succeeding him for a while.

Having successfully survived the ambitions of noblemen, Conan is asked to fulfil a quest to ensure that peace reigns between Harakht and another independent “village” named Attalus in the mountain passes to the South (‘The Lost Valley of Iskander!’). Of course there are parties who don’t want Conan to succeed from the very beginning in either city and Conan has to make sure that peace reigns if only so he can move on unbothered (‘The Eye of the Serpent’). Chaykin pencils these final stories of this volume, keeping to something very akin to Buscema’s style. There’s no loss of quality, and something about the eyes in Chaykin’s drawings convey a strong emotional element. Inker Ernie Chan (having changed his name from Chua) rejoined the team after a long absence at the beginning of this volume, his embellishments keeping Chaykin’s  work consistent. Even then Chaykin’s pencils improve rapidly as he became more familiar with his subject, rendering some brutal and breathtaking battle scenes.

By now Thomas was firing on all cylinders and clearly enjoying himself. Only ‘…Skelos!’ and the two-part stories of ‘…Iskander!’ and ‘…Serpent’  are very loosely based on Conan creator Robert E. Howard’s work, Thomas’s imagination supplying the remainder. The  interplay of love, bickering and jealousy between Conan and Bêlit is completely believable and even uncharacteristically humorous for the series. Characters can be as merciless as they are kind, jealous, fearful, hateful, lustful and deceitful making for human interactions that are a product of Thomas’s writing as much as the brilliant artwork. This is a male dominated world and even strong woman like Bêlit are objectified and tend to became emotional, estroegen fueled sex-kittens in Conan’s presence. It’s more a product of the time than anything else but readers offended by this should beware. Thomas’s commentary at the end of the book is  as interesting and insightful as always, with nice trips down memory lane. Conan’s adventures in Stygia continue in Volume 11: The Dance of the Skull and Other Stories. 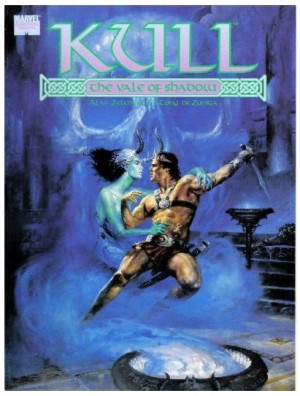