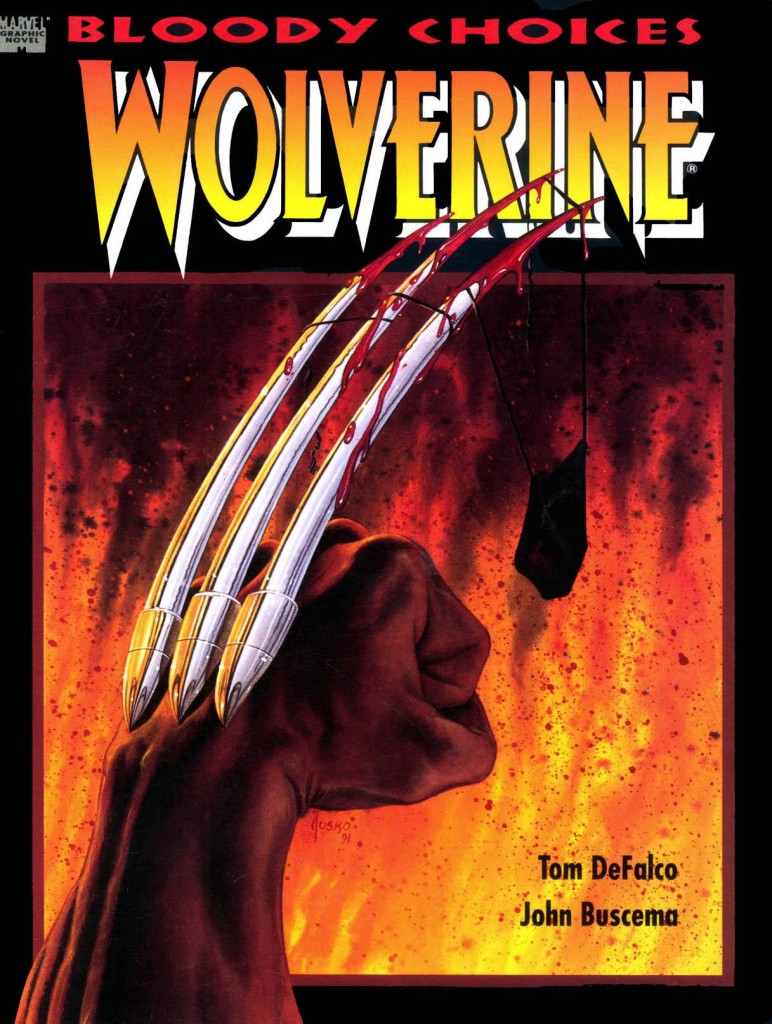 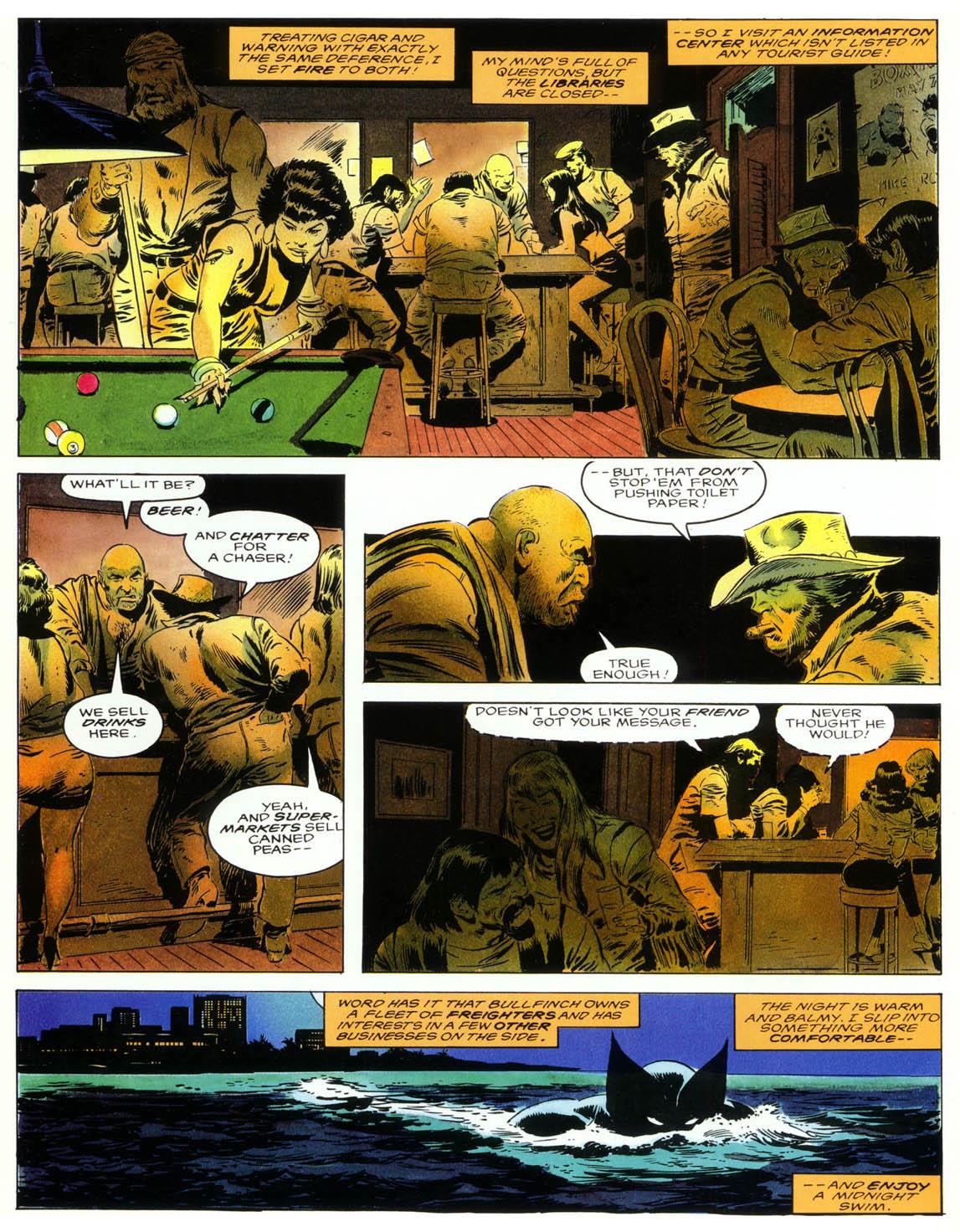 It was meant to be a holiday. Wolverine’s in Hawaii when he prevents the death of a child at the hands of henchmen working for a local gangster named Bullfinch. Brief enquiries reveal Bullfinch as a paedophile as well as a drug runner, and Wolverine’s already seen he employs a thug with a hairstyle uncannily like his own. Each vaguely recognises the other without nailing the source of their meeting. Writer Tom DeFalco provides a further complication in the form of Nick Fury, head of global security agency S.H.I.E.L.D., who figure they can squeeze Bullfinch for information about his contacts. This contradicts Wolverine’s ethics and sets them on a course of confrontation.

This is strictly perfunctory John Buscema art, but he’s such a talented draftsman, so at ease with natural composition, that it knocks the spots off all but the best artists to have drawn Wolverine. Buscema’s Wolverine has a life. He relaxes, he exercises and he fights, and it’s all seamlessly drawn.

Having decided on his title as the story was written, DeFalco’s manner of shoehorning it in isn’t discreet, and it comes across as contrived. The pity is that it wasn’t required. The choices are obvious without them being underlined, and he’s otherwise constructed a decent action thriller. Bullfinch is as nasty a piece of unrepentant slime as you’re likely to see in a Marvel publication, and Fury despises the compromises he needs to make in the course of his duty. An eventual confrontation on this matter is over-extended, leading to an inevitable conclusion. The other major weakness is the red herring that never really works. The thug named Shiv uses mechanical devices replicating the effect of Wolverine’s natural claws, but having teased about familiarity DeFalco doesn’t pay out.

This was popular enough to receive a reprint a year after publication, but this is the more desirable printing due to the larger format providing a better appreciation of Buscema’s art. The 1993 edition was shrunk to standard comic size.