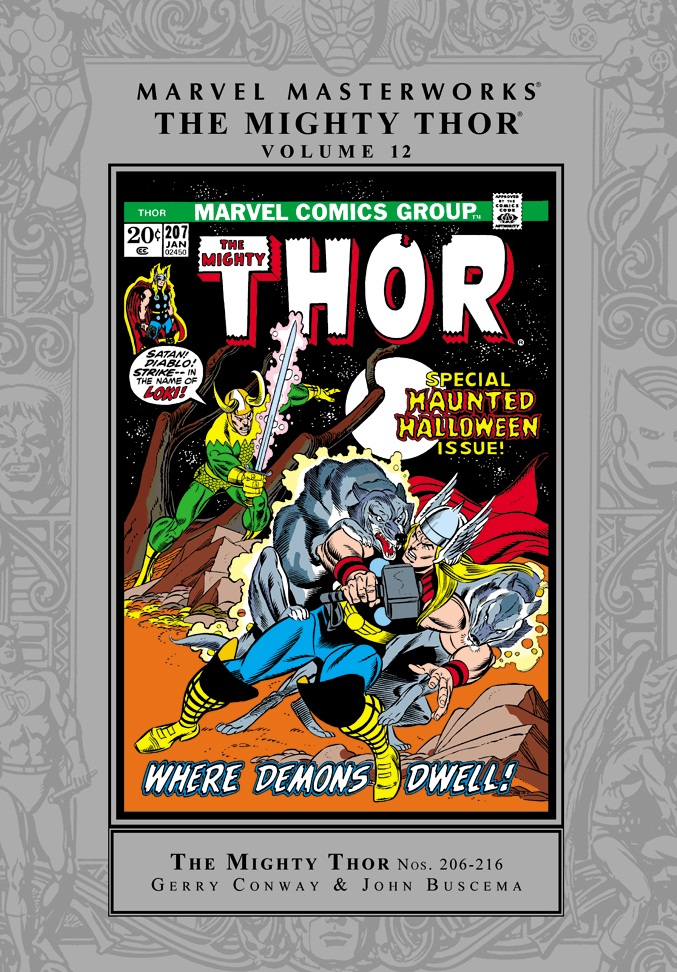 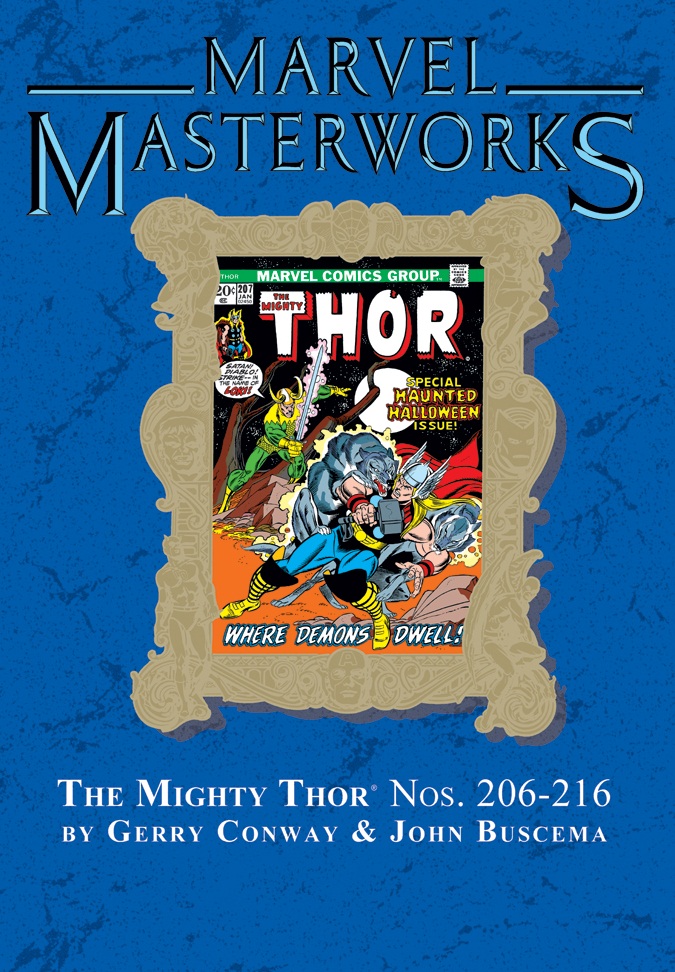 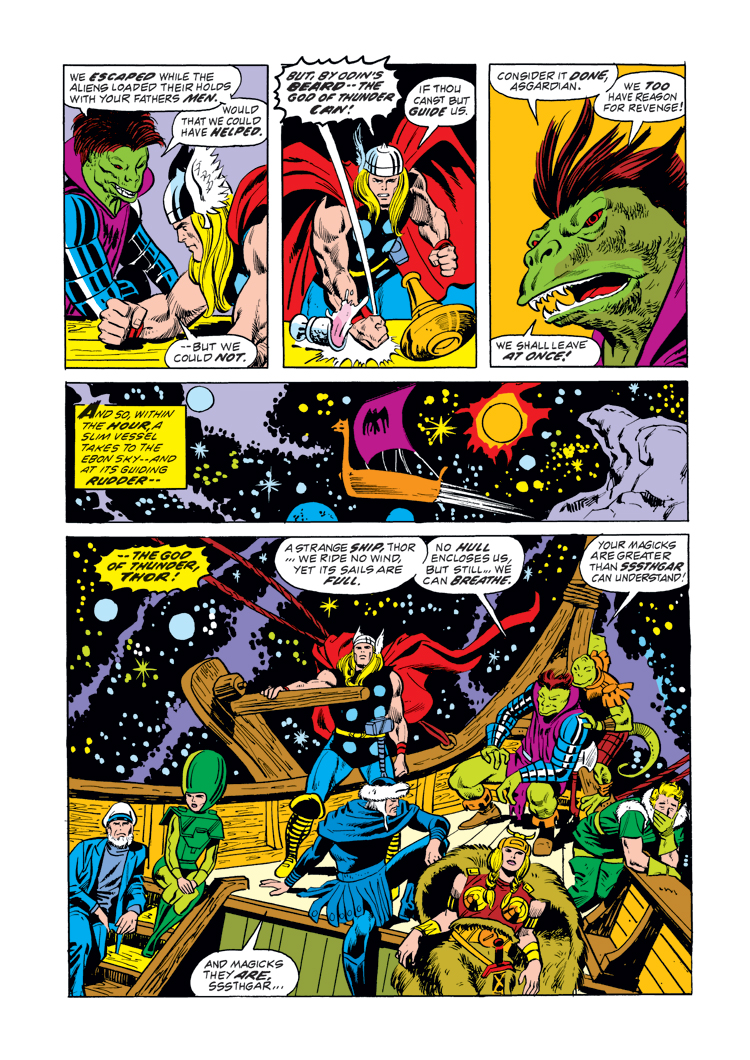 The first Masterworks edition featuring Gerry Conway and John Buscema’s work on Thor was a surprising triumph, delivering the grandeur of the character and his supporting cast, intriguing soap opera aspects and credible grand scale villainy. This content is far patchier.

To begin with, Buscema’s participation is considerably diminished. Only five of the eleven comics reprinted are entirely his pencils. His brother Sal Buscema filling in is welcome after several episodes of Don Perlin pencilling from Buscema’s layouts, and another has Marie Severin illustrating the likenesses of several comic creators who feature throughout that particular episode. Perlin lacking Buscema’s imagination is circumvented by the layouts, but all the subtlety is sucked from Buscema’s work, and the earlier inking of Vince Colletta is preferable to the brushwork of Jim Mooney, who brings a staid and old-fashioned look to the pages.

So if much of the art’s not great, what about the plots? There are clever aspects to several of them, and Mercurio, a villain introduced seemingly just to fill pages, is actually designed for a clever purpose. If only the same could be said of the Druid, who appears in a tale where Buscema draws much of London as if a rural village. The return of the Absorbing Man is so-so, but the return of Loki works well, and Ulik’s grudge match against Thor begins well, but meanders into a dead end.

Conway’s scripts stand up better than the period average because the faked Shakespearean speech pattern of the Asgardians now has an almost timeless quality to it, and because he rarely resorts to the then commonplace thought balloon. His plots unfold without exposition, but on occasion he toys with this to good effect, such as Loki’s emphasis on what he’s seen. He saves his best work for the last chapters here, but for the story to work requires a great leap of faith, as much of it hinges on Odin, invincible Odin, who’s single-handedly seen off the likes of Mangog, being captured by a group of alien slave traders. Conway supplies a reason for his subsequent craven behaviour, but it’s not very credible. It’s the start of a sequence of science-fiction based stories that remove Thor and his companions from Earth, and have them travelling through space in a Viking style longboat, which is one hell of a visual effect. The subsequent story, much of it set in space mines, has the feel of a quirky old Doctor Who episode, moving in some surprising directions, and enjoyable, but once again dependent on someone with huge power being relatively easily rendered impotent.

The content is also available in black and white on pulp paper within the pages of Essential Thor Vol. 5.