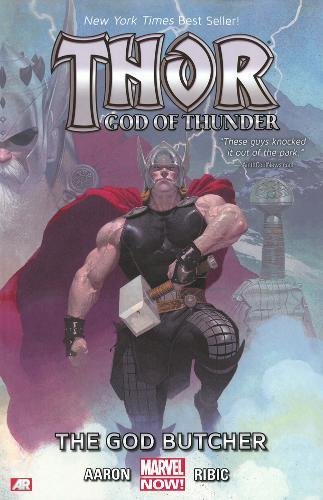 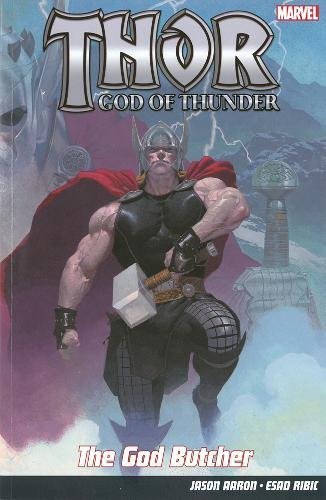 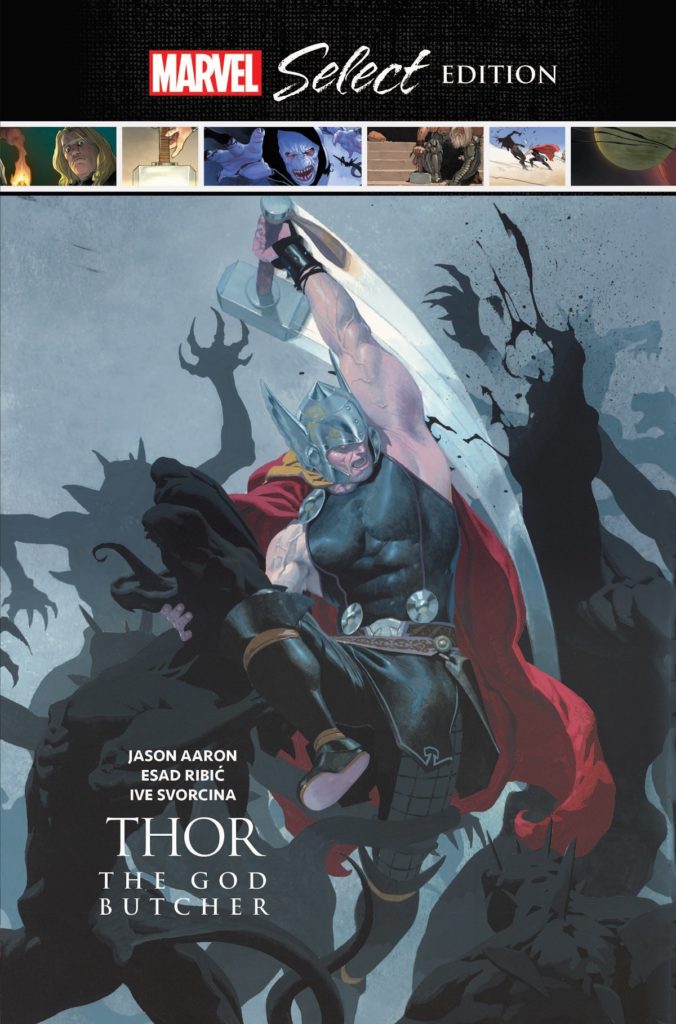 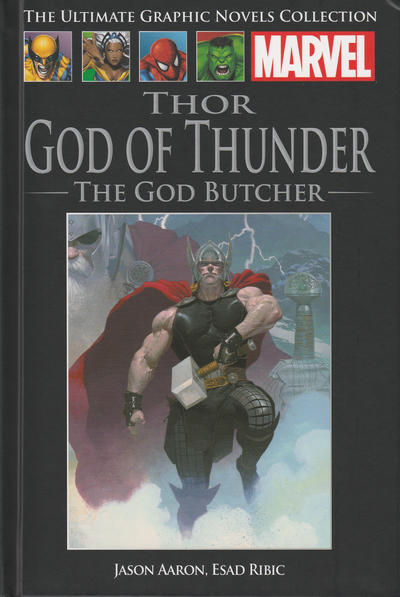 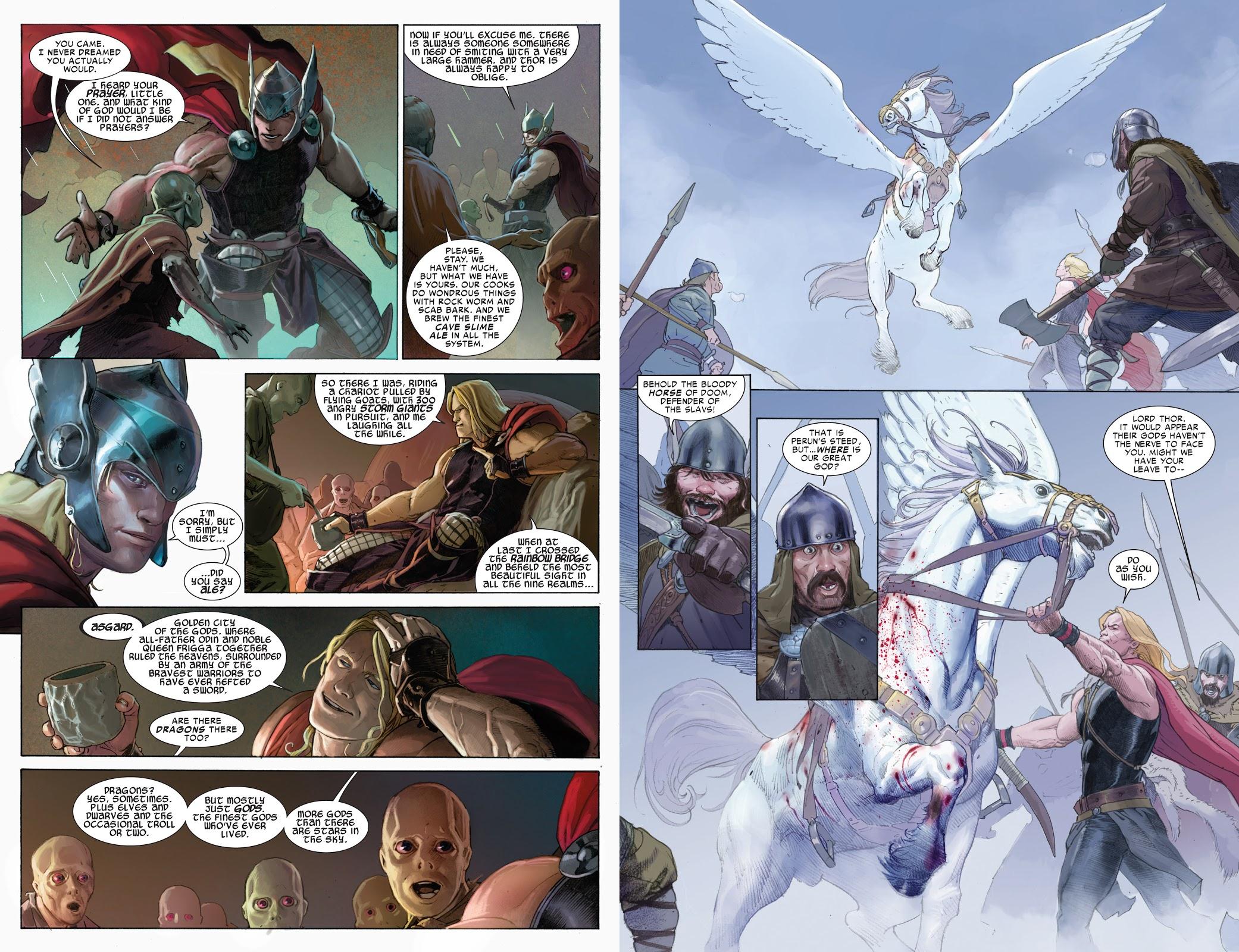 When Jason Aaron started writing Thor in 2013 did anyone suspect what an epic run he’d produce? It’s right up there with the greats, and begins with The God Butcher. Did even Aaron have an inkling of where he was heading over the following six years?

Aaron begins by emphasising just what Thor is: a God, an all that brings with it. What with all that hanging around with the Avengers, we forget those days are but the briefest portion of his life, and Aaron opens his series in 893 with Thor celebrating in Ireland. We then see him bringing rain to an alien planet in answer to prayers heard across the galaxy. That leads into the discovery of some gods long listed as missing in Asgardian scrolls. They’ve been murdered, callously and deliberately. In the future a lonely, battle scarred Thor sits on an isolated throne. Thor through the eras is a theme Aaron would mine considerably, so that at least, is in place from the start.

For all the grandeur of some artists who’ve worked on Thor’s adventures in the past, there’s been nothing like Esad Ribić. He deliberately downplays frippery, even in the homes of the gods, which are constructed to a massive scale, but decorations are few. This isn’t to say the work misses detail. Ribić is very careful to distinguish the people he draws, and that extends down to their costumes having individual touches. When a scene needs fullsome backgrounds Ribić provides them, but always with a simplicity. His Thor is supposed to be strong, and shown as such without losing credibility. Yes, his arms are massively muscled, yet no more so than a competitive bodybuilder.

Over this starting point Aaron divorces Thor from any familiar surroundings or supporting cast, beyond a brief Iron Man cameo, this concentration better to establish him in past, present day and the future. He undertakes a mission to locate more gods missing for great periods, and discovers them all murdered. An early encounter with the killer supplies a culprit, but no motive, and the deeper Thor goes, the more the clever aspect of using three eras comes into play. By the final chapter Aaron is pontificating on the worth of gods, and he introduces some clever uncertainties. It’s been a bravura performance reinforcing that even gods can grow, but, despite his name in the title, this is only half the God Butcher’s story. It continues in Godbomb, or if you want the entire story between two covers and want to gorge yourself on Ribić’s art at an even larger size, there’s Thor God of Thunder Volume One. Alternatively, it’s also in the opening volume of the bulky paperback Thor by Jason Aaron: The Complete Collection, or in the UK in hardback as part of the Ultimate Graphic Novel Collection. 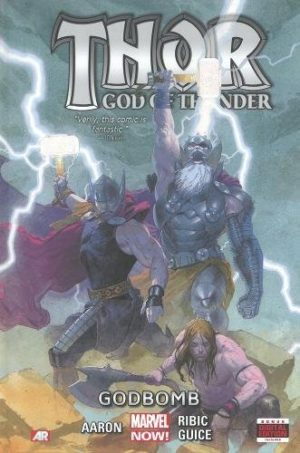 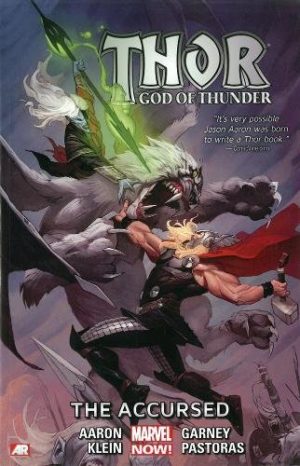 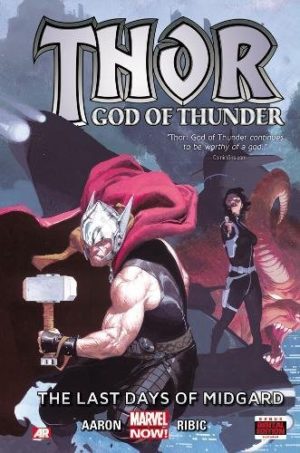