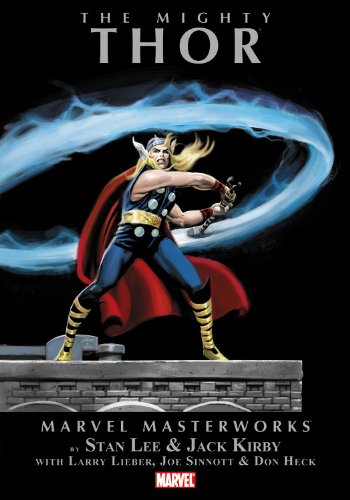 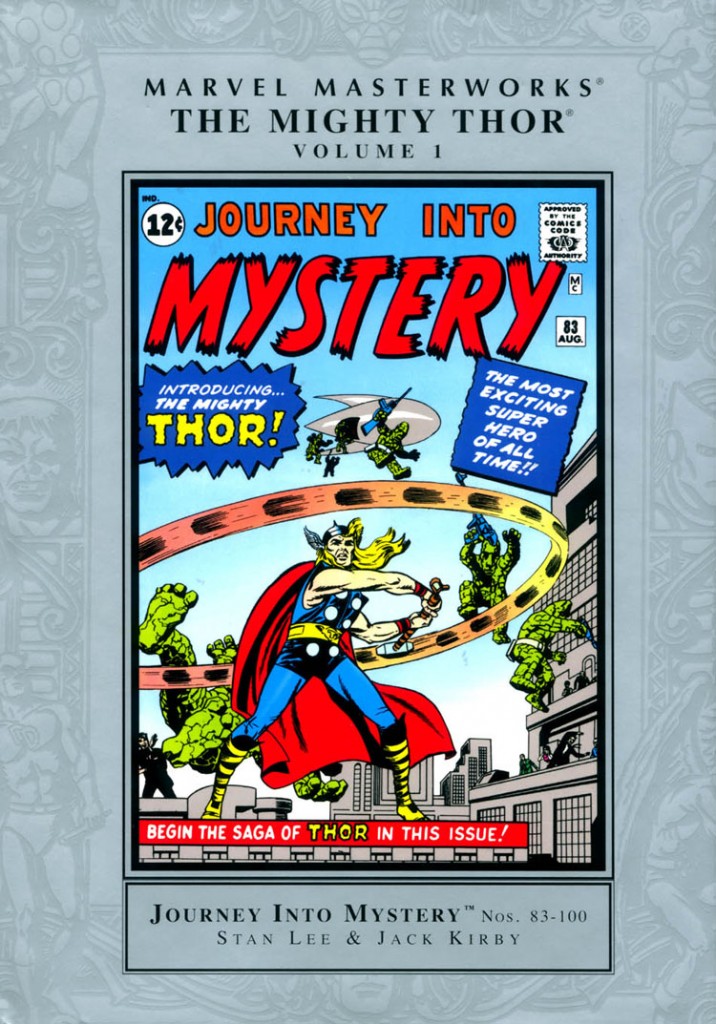 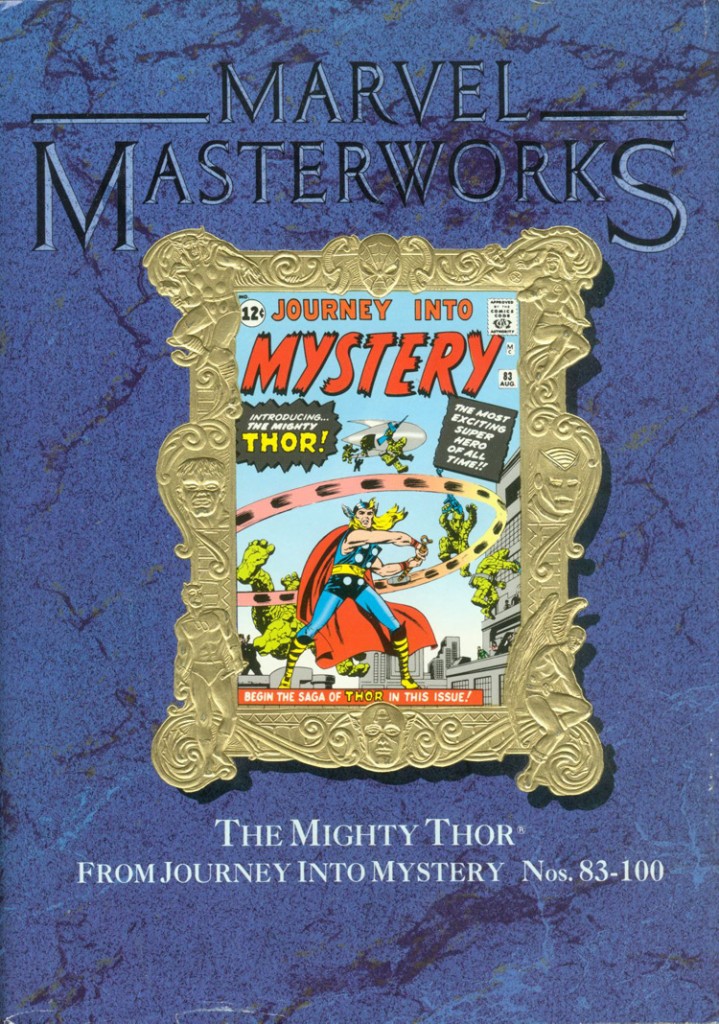 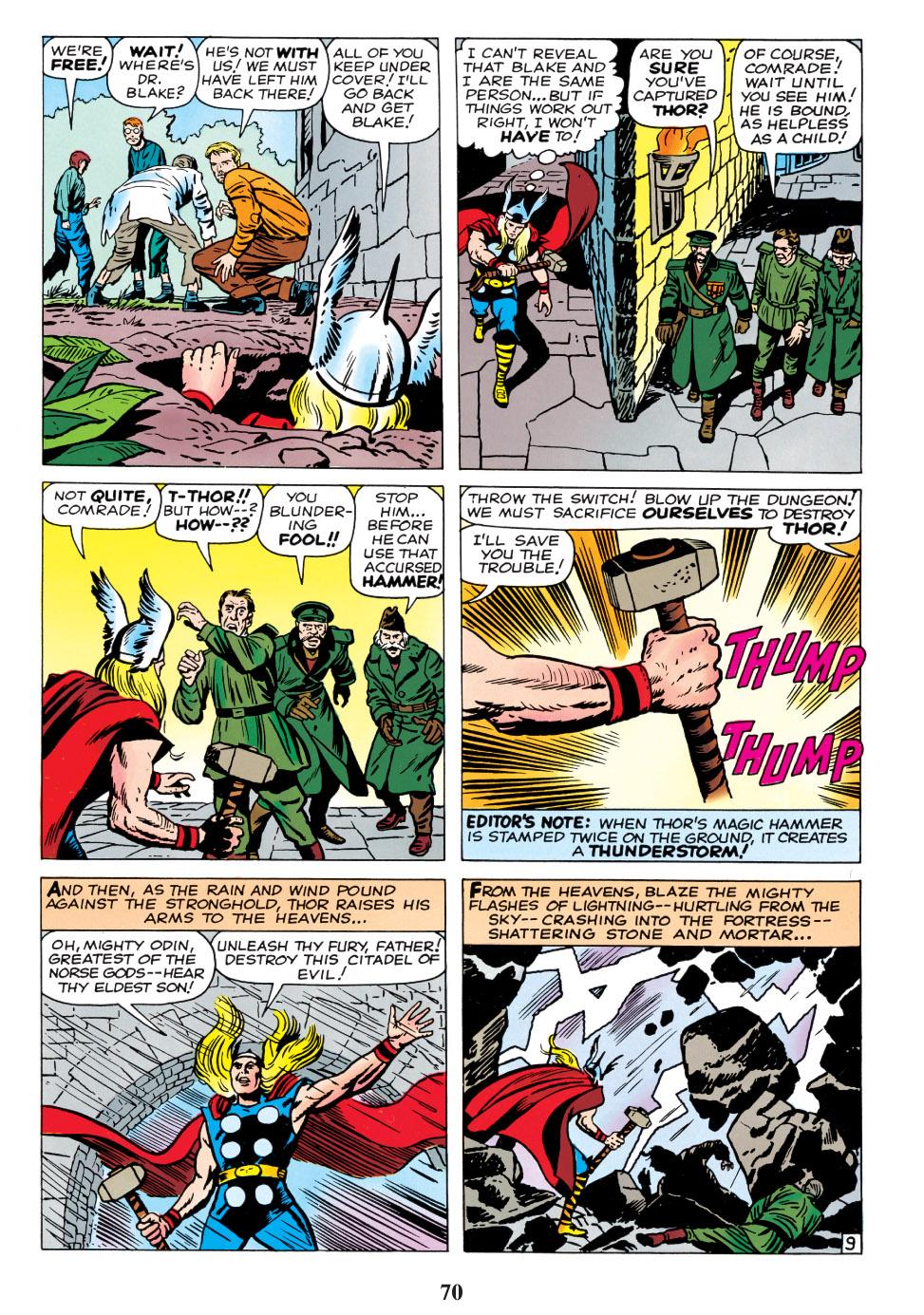 First seen in August 1962, Marvel’s version of Thor is one of their founding characters. It would be nice to explain how the feature hit the ground running, but that’s not the case. In fact it’s difficult to find anything beyond the basic in this opening collection, although there’s still an appropriately mythical quality to the origin sequence of the lame Dr Donald Blake finding a stick within a cave, striking it against a rock in frustration, and transforming into Thor, now holding his hammer.

Unlike later in the strip, this is Thor’s body possessed by Blake’s mind, and there’s the rapid discovery that letting go of the hammer reverses the transformation. The exposition of further abilities and limitations is clumsy, and leaves little room for Thor to deal with the menace of the Stone Men from Saturn. That separation of God from hammer is time and again the dramatic query. How will Don Blake again access his hammer to sort matters out? Gathering the stories into the single volume highlights how reliant Stan Lee was on that plot. He introduced the other Norse Gods early, Loki and Heimdall in the third story, and Odin soon after, but it was scripter Larry Lieber who first used the Elizbethan phrasing later the distinguishing aspect of Thor’s dialogue, but here restricted to Odin. It’s dropped when Robert Bernstein (credited as R. Berns) takes up the scripting, but Lee restores it for the final episodes here.

Individually there may once have been some charm to these early stories. Read collectively decades later it no longer seeps through, not even as retro-camp. They’re primitive. The one person holding his end up is pencil artist Jack Kirby, who provides visual spectacle disguising the general mediocrity. Over the course of this collection there are plenty of great individual panels. Thor tossing tanks around in his second appearance is one gem, but Kirby’s really shines illustrating the ‘Tales of Asgard’ features late in the book. It’s under the inking of Dick Ayers for a single story that Kirby’s layouts look their best here, upping the grandeur, and taking time to render the great futuristic machinery. The central visual effect is rather dashed off, but otherwise the Radioactive Man’s introduction looks the best in the book. It’s surprising to see Al Hartley drawing an episode. His romance comics background ensures a great looking nurse Jane Foster, but he lacks the raw power Kirby brings to the strip, and his Thor more resembles the cardboard cut-out used in one tale to fool Loki.

By the end of the book Lee’s plots have become more imaginative. He twists the soap opera aspects and veers more toward superhero territory with the introductions of the Cobra and Mister Hyde, the latter story being the best written in the book despite the villain being filched. These, though, are drawn by Don Heck, who brings a greater grace to the civilian scenes, but also lacks Kirby’s power when it comes to Thor in action. It’s not great, but points toward the considerable leap in quality seen in volume two.

The hardcover version of this book is now the priciest method of sampling these stories. The paperback God of Thunder collection merges this with volume two, but without the introductions and contextualising material. Alternatively, if you’re okay with sometimes very muddy black and white reproduction there’s also Essential Thor Volume 1, which is value for money in combining the content of the first three Masterworks books. The luxury option is The Mighty Thor Omnibus. 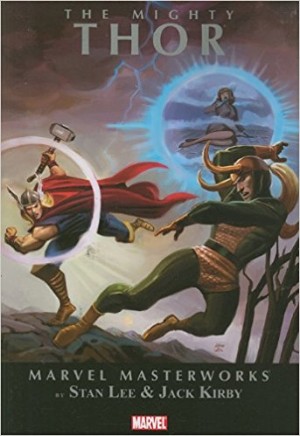 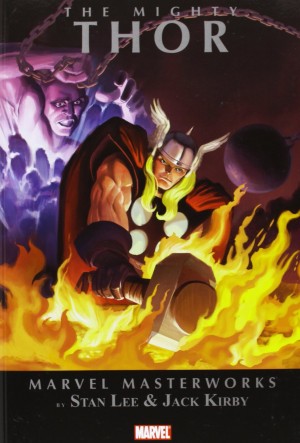