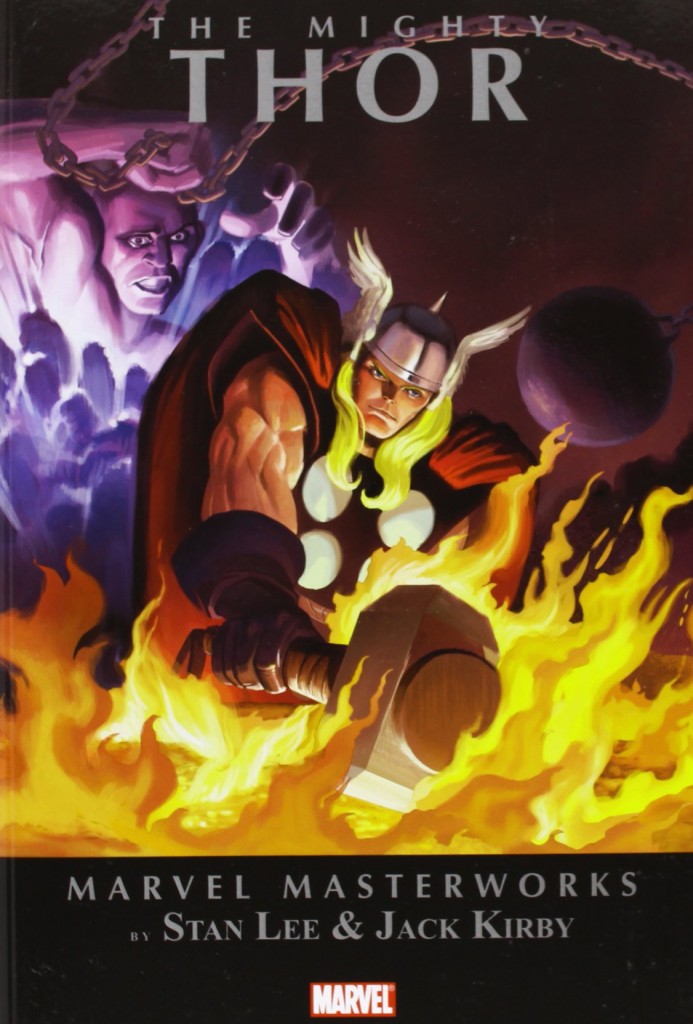 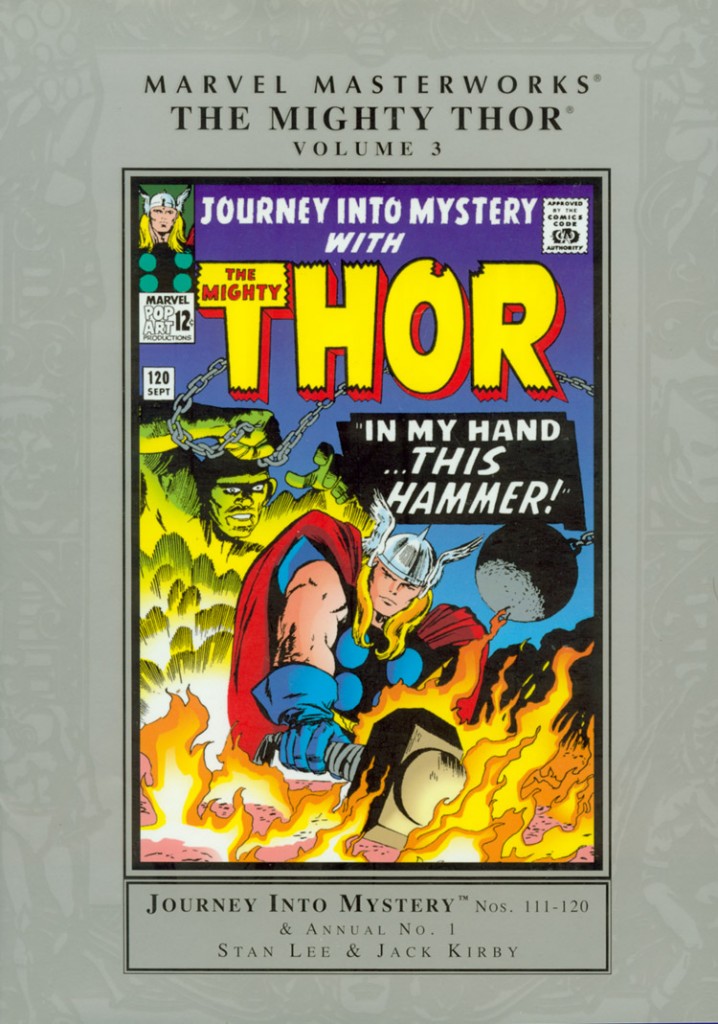 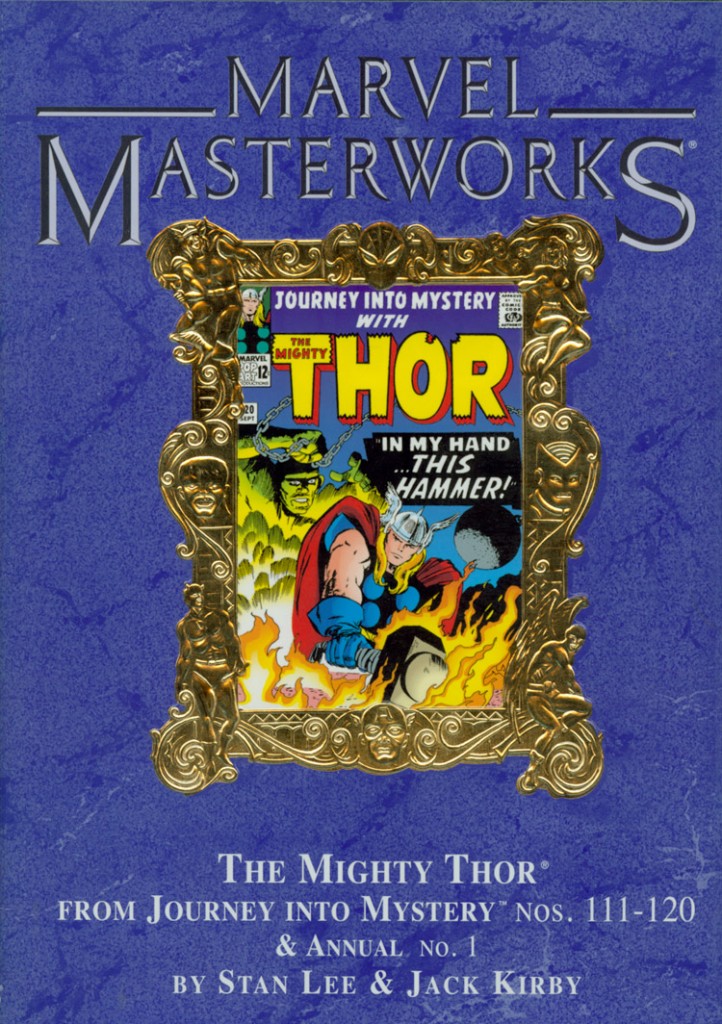 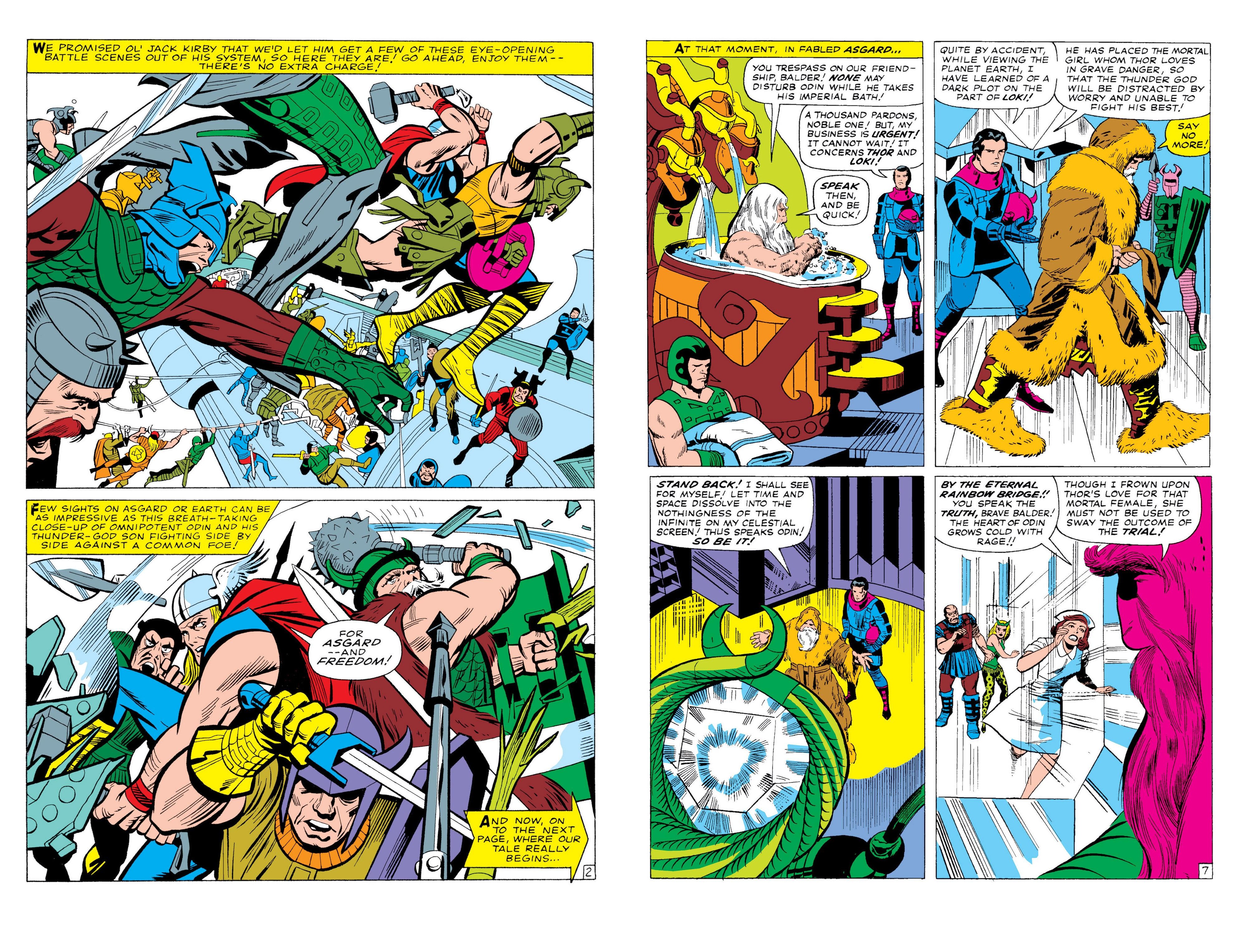 The content of this collection sees Thor going from strength to strength. There’s the introductions of key foes in the form of the Absorbing Man and the Destroyer, plus the legacy characters of Hercules and the Warriors Three. A battle with the Hulk is to answer fan questions about which of them is stronger, plus there’s the continuous undercurrent of Loki’s machinations, all helped by Stan Lee and Jack Kirby now routinely extending their stories over several chapters.

As Marvel previously paid no heed to continued stories when they allocated a strict ten issues to a Masterworks volume whose price matched the hardcover production, we first have the concluding episode of the final appearance of the Cobra and Mr Hyde in the pages of Thor. It’s inventive, but it’s also clear they’ve served their purpose as the creators now have a handle on Thor’s strength and capabilities, and the application of trickery is essential for foes of this calibre.

Kirby’s art is ever more exciting. Gone are the days of nine panels to a page, with six now the standard, his splash pages are becoming ever more spectacular, and over the first half of this collection Chic Stone’s inking (sample art left) retains the power of Kirby’s pencils while softening the edges. Frank Giacoia is equally good, but the remaining pages are inked by Vince Colletta (sample art right), who frequently saps the power of Kirby’s pencils, muddying intent. He’s mismatched, is the short of it, his illustrative brushwork often fighting against Kirby’s inherent power and serving neither well. Let’s look instead at Kirby’s character design, and Crusher Creel, the Absorbing Man, is an all time great. Even before his transformation into super villain there’s no doubting Creel’s innate personality, and he’s utterly distinctive looking. We’re also beginning to see Kirby really journeying into the fantastic. Take a look at Odin’s bath on the sample page, the larger panels enabling more and more such indulgences. The ‘Tales of Asgard’ shorts, always Kirby’s release in Thor, are even more stunning with image after image that burns into the memory. Take a look at Kirby going wild on King Hymir here.

For the first time Thor is removed for a number of episodes from the limiting ballast that Jane Foster had become, and really begins to flourish. He and Loki must undergo a trial, and what occurs during that leads directly into dire danger for Earth, and from there to the introduction of the invincible Destroyer, a creature with more than enough power to defeat Thor, and a disintegrating gaze to boot. There’s an incredible pace to these stories that never lets up, with Thor overcoming one danger only to plummet into the next, and Kirby’s art is wonderful throughout.

The book ends with the landmark introduction of Hercules, but time has sucked the wonder from this. The art is great, although would be better inked by someone other than Colletta, but Hercules is now all too known, and without the first rush of his introduction the story’s ordinary. A better one can be found in volume four.

The hardcover Mighty Thor Omnibus collects this with the previous and next volumes. When Titans Clash does the same in paperback, and the first and second Essential Thor reprints everything in black and white. The ‘Tales of Asgard’ shorts are also collected separately, although recoloured.