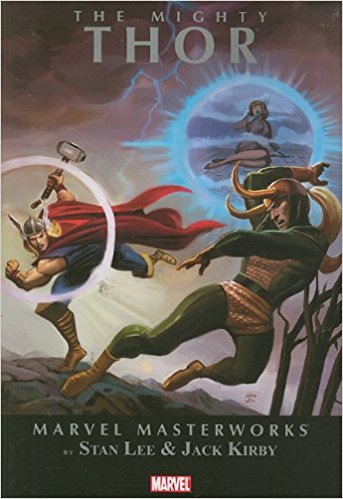 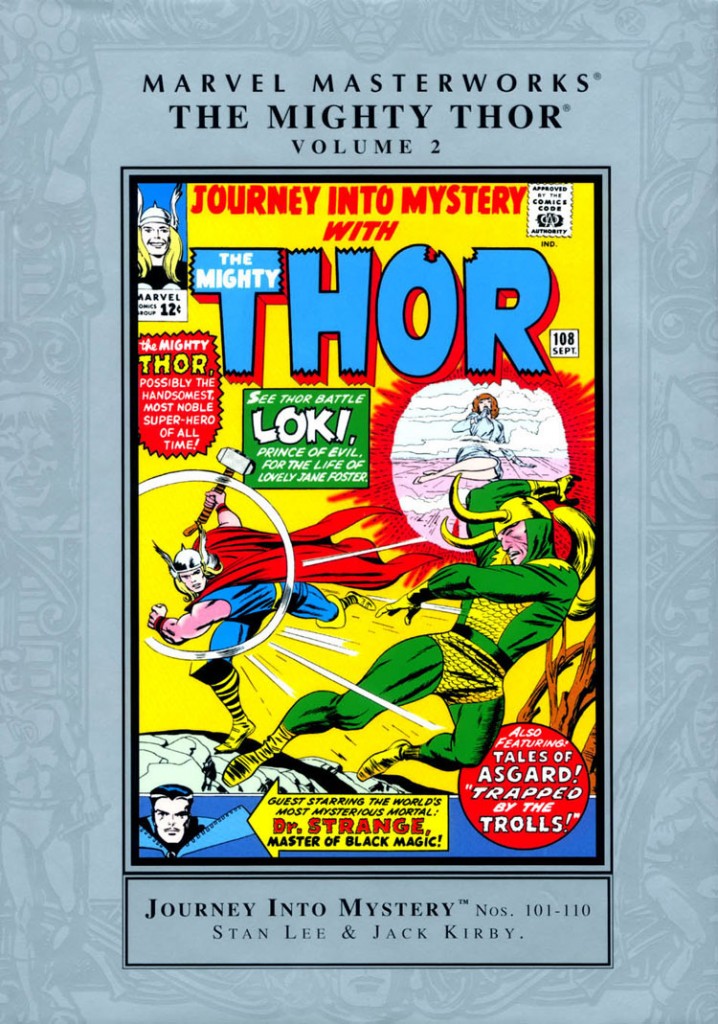 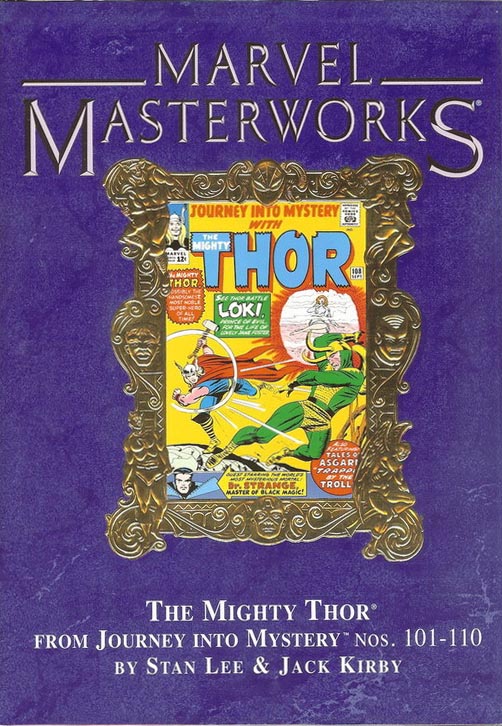 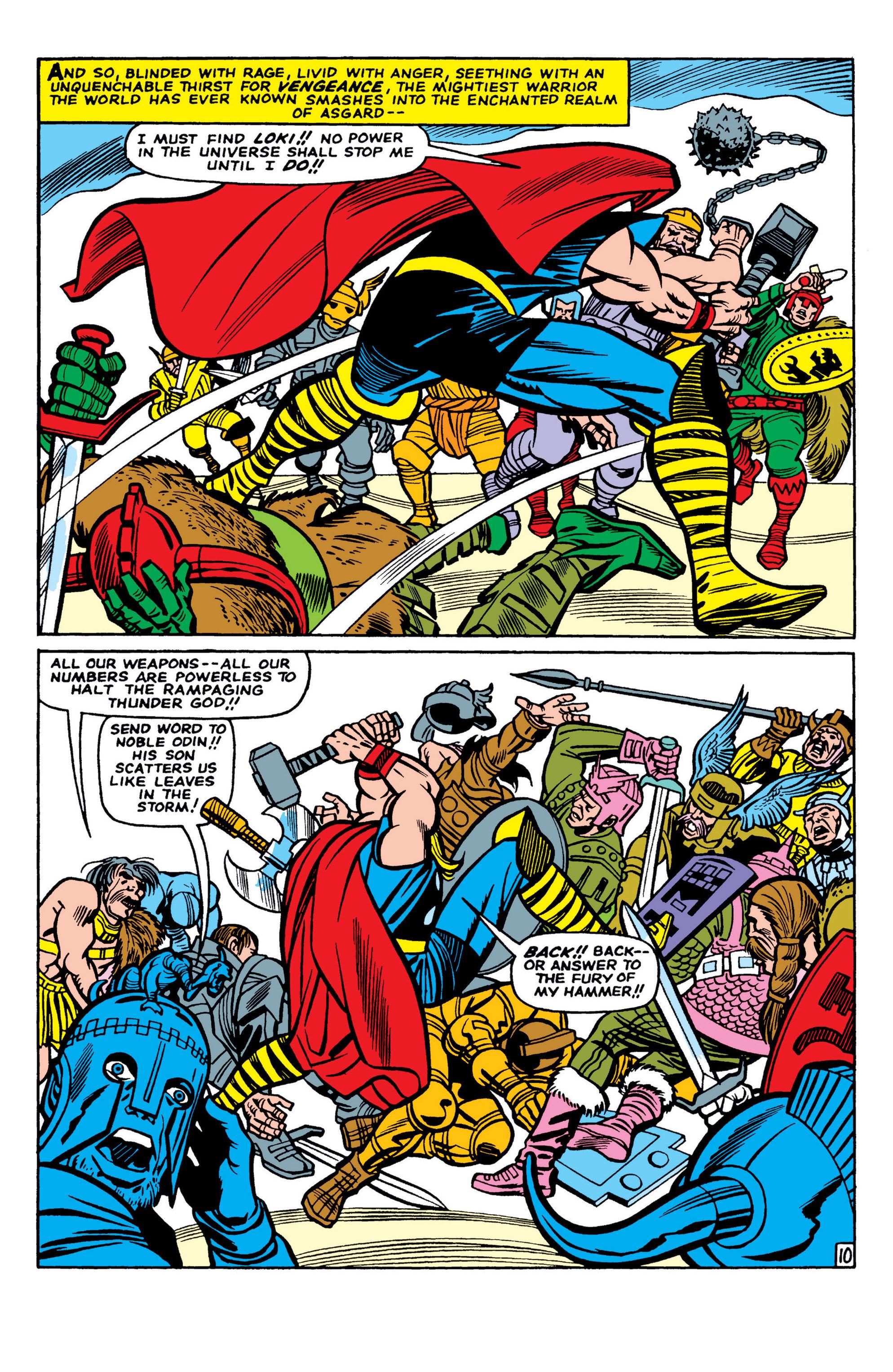 It would be difficult not to improve on the mediocrity of Thor’s earliest Marvel appearances, but the upswing here is significant. Stan Lee has settled on a direction, and Jack Kirby’s returned on art, increasingly letting his imagination fly.

Lee accentuates the Superman style love triangle he set up. Nurse Jane Foster is fond of her employer Dr Don Blake, but frustrated at his seeming lack of courage, disappearing whenever trouble starts. This is to transform into Thor, who can’t reveal his dual identity, but loves Jane in both. Asgardian ruler Odin, however, has forbidden dalliance with a mortal. Instead of attacking Thor directly as in the first book, Loki is presented as a far more manipulative character, exploiting Thor’s romance to make him look bad, and sending others to fight him. The real making of the strip is Lee and Kirby committing to the Asgardian heritage, so moving Thor away from the communists and gangsters fought by other Marvel heroes of 1963-1964.

Kirby uses many small panels per page for the Thor stories and Lee fills them with words, giving an unusual density by today’s standards, and the number of plot twists vast by comparison. One tale midway has Odin visit Earth to settle the Thor/Jane Foster situation once and for all, a power grab by Loki in Asgard, a Storm Giant attacking Manhattan, Surtur the fire demon more widespread in his attacks, and Balder coming to help. It’s immense, exciting and wrapped up in a mere thirteen pages without any shortchanging. One has to overlook the lack of subtlety about the romance subplot, but once the action starts it’s fantastic. The next story returns the Cobra, who by chance slithers into Mr Hyde’s window intending to rob him, beginning a long-running villainous partnership. That’s extended over two chapters.

Thor stories only run to thirteen pages because there are five page back-ups, focussing on Asgard. We learn of myth, of how Heimdall was appointed guardian of the Rainbow Bridge connecting Asgard to other worlds, see Thor in his childhood and youth, and see how nature loves Balder. These are all very good, more so for Kirby rarely using more than four panels a page, really letting his art shine and bringing through the mythological power of the cast. The only downside is that a platoon of inkers are used on these features before Vince Colletta is settled on, whereas the main feature looks great as almost all the pencils are inked by Chic Stone. He was among the best of Kirby’s many inkers, able to soften the harsher edges of Kirby’s approach without ever diminishing the sheer presence. There’s an elegance, and at times the look’s not far away from Mike Allred pages.

As the book continues, Lee’s plots become more inventive. Odin summoning Thor when the latter was occupied on lifesaving business and the subsequent hissy fit when Thor didn’t appear would wear out its welcome, but its introduction here, with Doctor Strange’s life at stake, works well. So does the first appearance of the Grey Gargoyle. It’s not entirely first rate, the Magneto story lacking inspiration, but this collection is way better than anyone could hope for after its predecessor.

Earlier Marvel Masterworks rationed ten issues per book, resulting in a cliffhanger ending, which is shoddy for a $40 book only requiring one more issue to complete matters. The Mighty Thor Omnibus collects this with the previous and next volumes. The God of Thunder cuts off before the continued tale, and the first Essential Thor reprints everything in black and white. 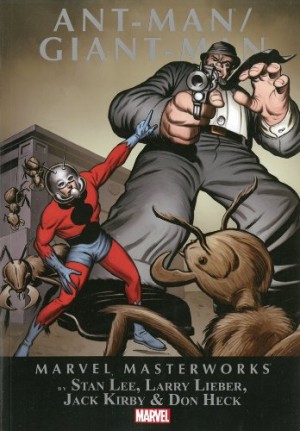