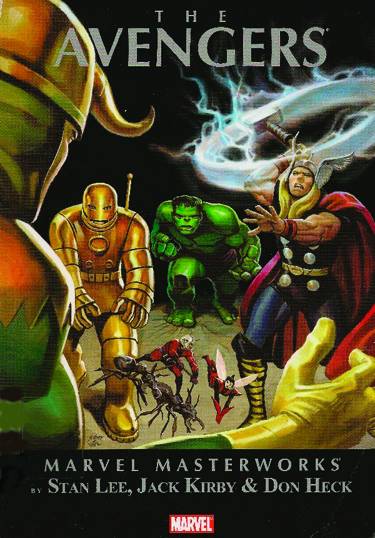 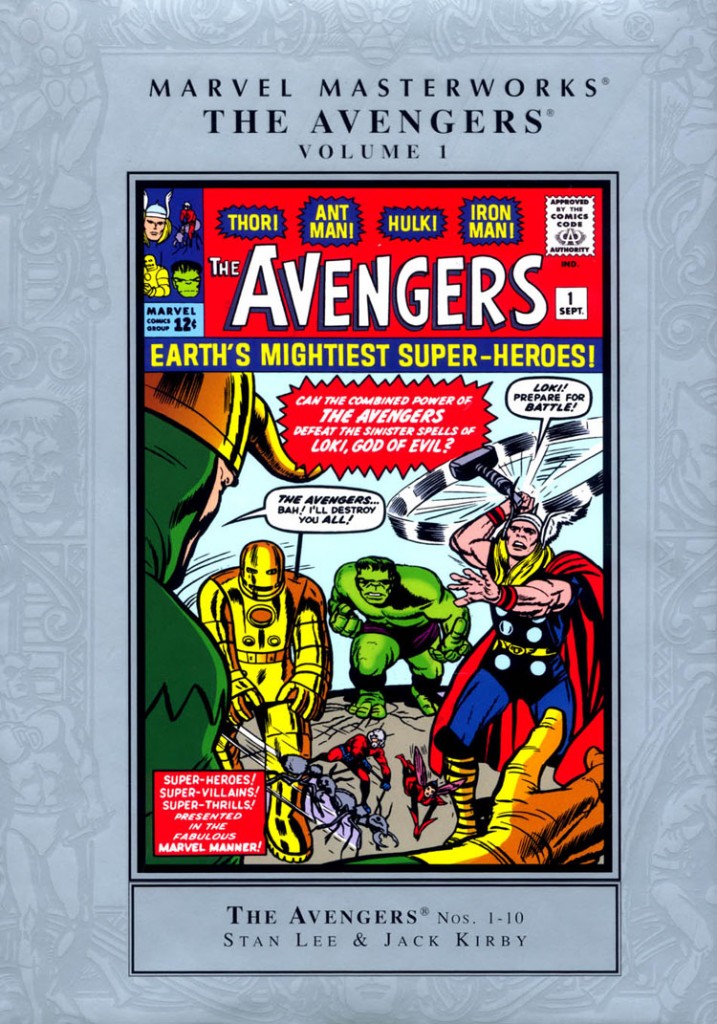 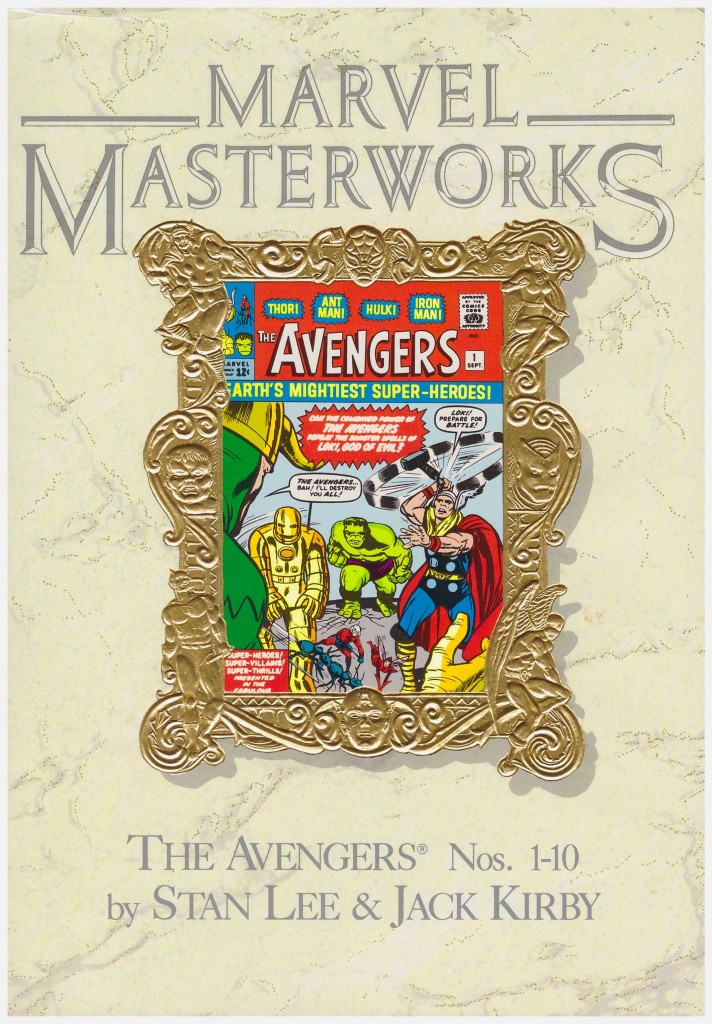 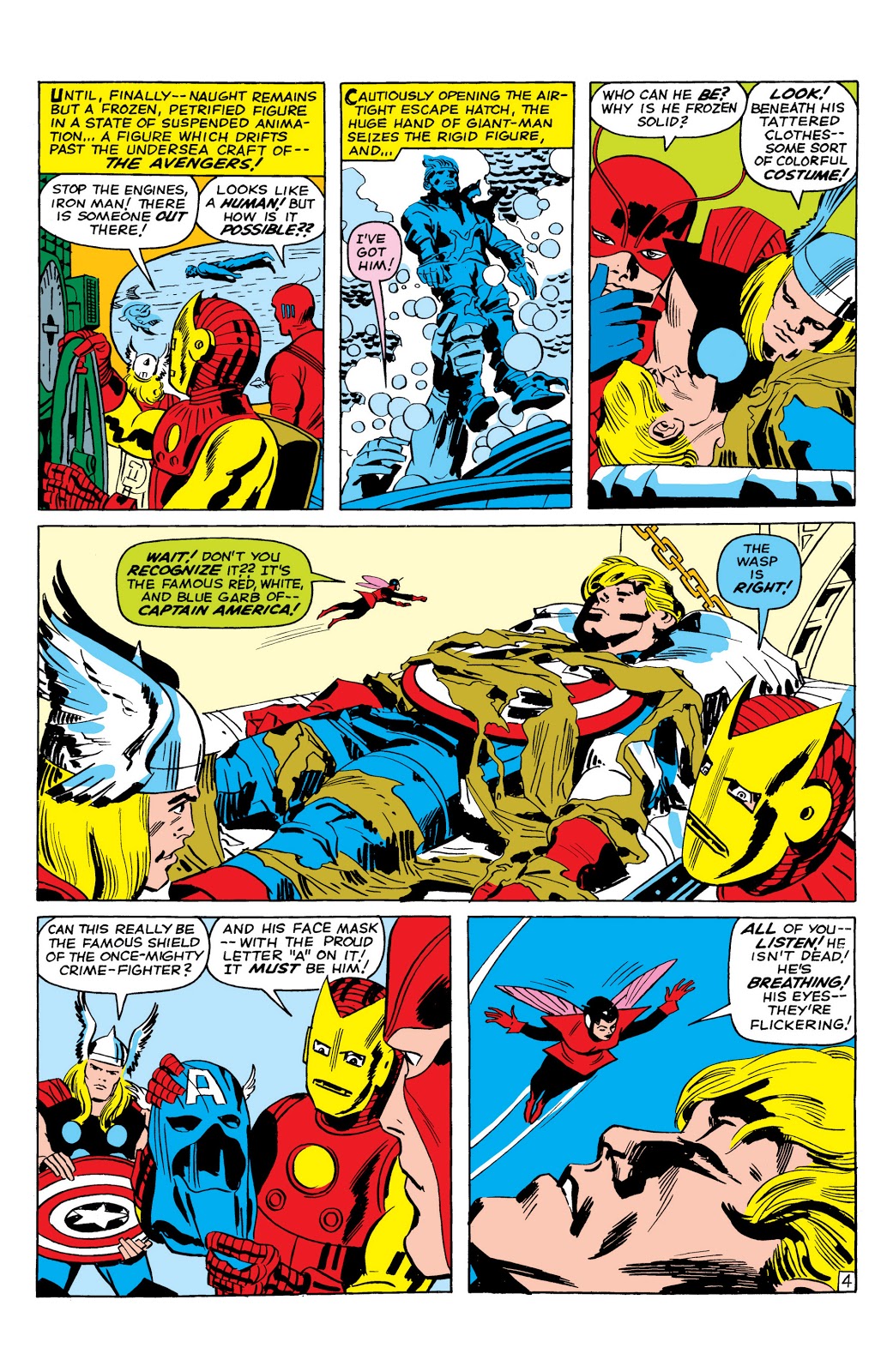 When, in 1961, Stan Lee was asked to respond to DC’s successful superhero team comic Justice League of America, the lack of superheroes published by Marvel inspired wholly new characters, the Fantastic Four. Two creative years later, Lee could bring together Ant-Man, the Hulk, Iron Man, Thor, and the Wasp, to form the Avengers. Not that the Avengers were ever quite the JLA’s equivalent in approach – a major character, Spider-Man, was omitted, which would have unthinkable at DC, and the Hulk left after two issues.

Given the current importance of the Avengers to Marvel’s cinematic universe, and those films to Marvel’s overall fortunes, the first year of Avengers, collected here, is arguably as significant as early Spider-Man and Fantastic Four, if not more so. These issues include early versions of the Masters of Evil, teaming bad guys who had faced individual Avengers, the first appearance of Wonder Man, only intended as a one-off, and the time-travelling Kang the Conqueror and Immortus, with, as yet, no hint that they would turn out to be the same person. And, of course, the much retold return of Captain America.

It’s a pity, therefore, that these comics aren’t very good. Yes, they are by Stan Lee and Jack Kirby, but these are not the Lee-Kirby collabortions one would point readers at, which would be Fantastic Four or Thor. Most Marvel comics prior to about 1965 seem quite crude to modern readers, and Avengers is no exception, but there’s also an intrinsic problem in the format. Because everyone except Captain America had their own series, the major developments in their lives took place in those titles. This left little scope for any interesting character development in Avengers, even though Lee was scripting or overseeing everything Marvel was putting out at the time. This didn’t matter much for the JLA, but Marvel prided itself on having more realistic interactions.

Perhaps because of this restriction, there’s a definite sense that Lee and Kirby didn’t have their hearts in this. It feels like a contractual obligation comic, one they have to produce to direct readers to the various characters’ own titles. There’s an attempt to build continuity, as the first half of this volume is largely concerned with the Avengers’ attempts to find the Hulk, the second with Baron Zemo and the Masters of Evil. But on the whole Avengers stories are pedestrian, dull and repetitive: the Avengers have a committee meeting, Iron Man secretly wonders what his teammates would think if they knew he really was Tony Stark, the Wasp voices some inappropriate thoughts about Thor, and Captain America guilt-trips himself about Bucky. Then they fight that month’s villain. Part of the problem is that too few of the villains are unique to the Avengers – too many are recycled from other titles.

The departure of Kirby and arrival of Don Heck on pencils makes little difference, partly due to Dick Ayers’ inks swamping the pencils. Heck would later develop a fine style for the Avengers, but in 1964 he was still saving his best work for Iron Man. The best story here is generally accepted to be that introducing Kang, and even that’s not all that great.

These comics are largely of historical interest. If you want to see what made the Avengers great, skip ahead to Essential Avengers volume two, when Roy Thomas was writing the title. Those not entirely warned off might prefer to risk less money by purchasing the same material along with that from Masterworks volume two in black and white on pulp paper in Essential Avengers volume one. 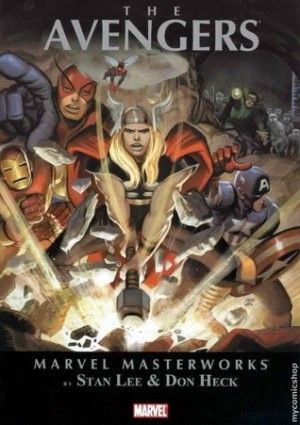 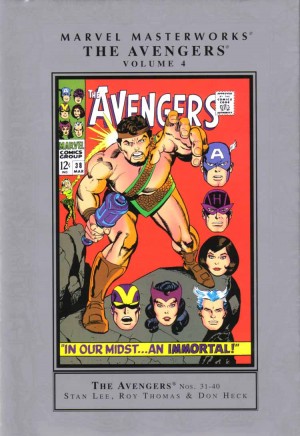