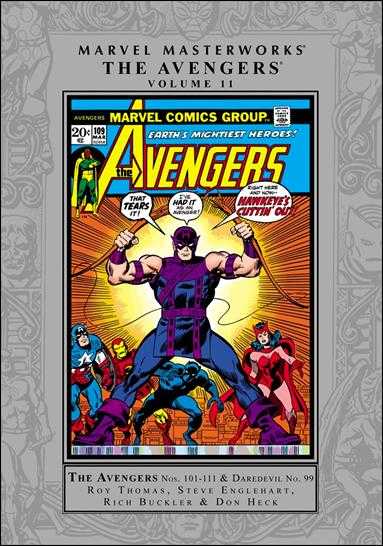 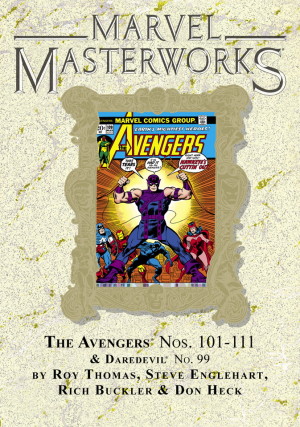 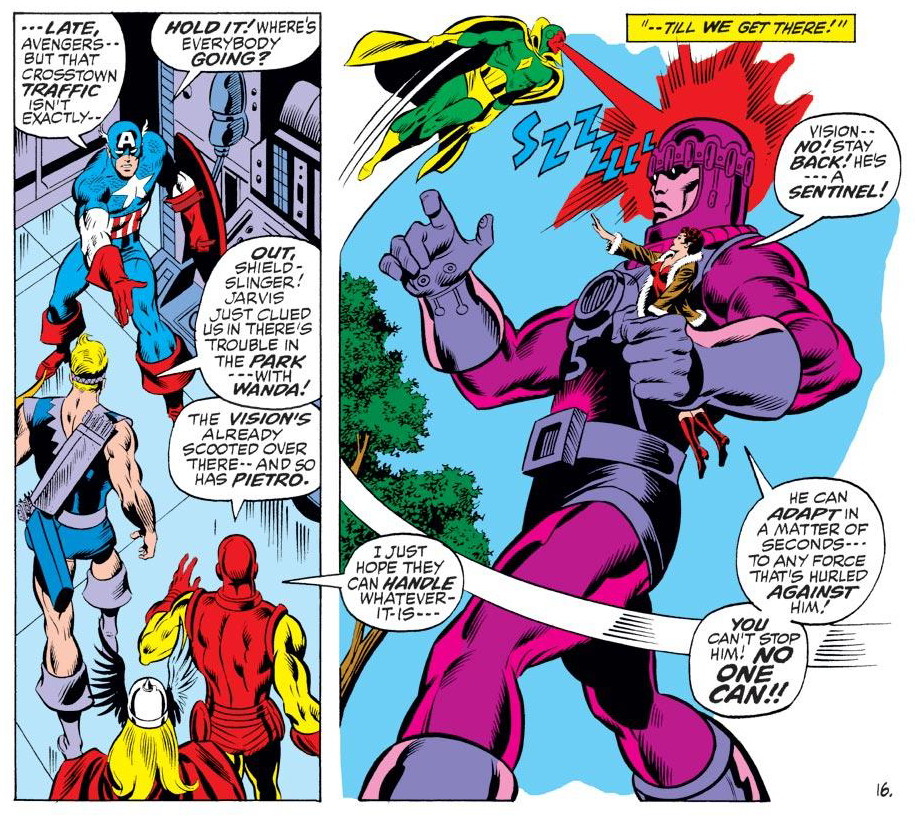 This is book that splits pretty evenly into still readable and very pedestrian material, with the surprise perhaps being that it’s Steve Englehart, who would progress to become one of the all time great Avengers writers, responsible for the sub-standard content.

With this collection we bid farewell to the Roy Thomas Avengers era. He started slowly but progressed to produce stories still reading well over forty years later. His finale looks back to one of his Marvel highlights, as the X-Men took on the Sentinels (Marvel Masterworks: X-Men volume 5), picking up the subsequent fate of the Sentinels. It features the first Marvel credit for Chris Claremont, then an intern who contributed an idea. To start with, at least, there’s some excellent art from Rich Buckler, very much in the John Buscema mold, although his standards slip as the tale continues.

Before that there’s a rare comic story from noted science-fiction writer Harlan Ellison, who comes up with the idea of a very ordinary man, one Leonard Tippit, being granted near infinite power and told he must kill five people to save the world. There’s a neat twist, some more good Buckler art, and if the participation of the Watcher doesn’t exactly conform to type, neither does it ruin a neat change of pace. There is also what’s obviously a patched-on editorial caption finale, perhaps negating the story somewhat, yet it can be ignored.

Englehart would later refer to his earliest Avengers stories as being the result of trying to write in the style of Roy Thomas. This is apparent as much of his material here dips back to previous Marvel material, attempts to correct continuity errors, features guest stars galore, and yet doesn’t really inspire in any fashion. There’s also the problem that would plague Englehart’s run: that of poor art, starting here with neither George Tuska or Don Heck really caring, the sad sight of John Buscema attempting to draw like Heck to maintain story continuity, and Jim Starlin not at his best.

There is at least some good Buscema art on an earlier story, and an artistic highlight from the otherwise obscure Sam Kweskin in a Daredevil tale from the days when he was hanging out with the Black Widow. Hawkeye, in transition between the Avengers and the Defenders, comes calling to see his old girlfriend. It’s not Steve Gerber at his finest, but is welcome bonus material.

The really good Englehart Avengers material begins in volume 12, and that content along with this can also be found in black and white on pulp paper in Essential Avengers 5.