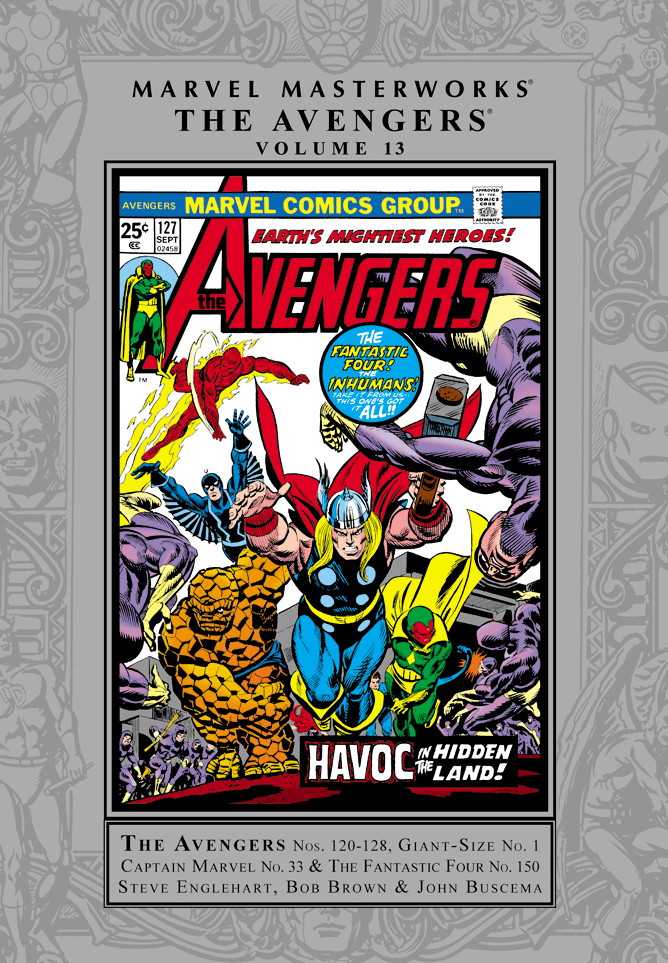 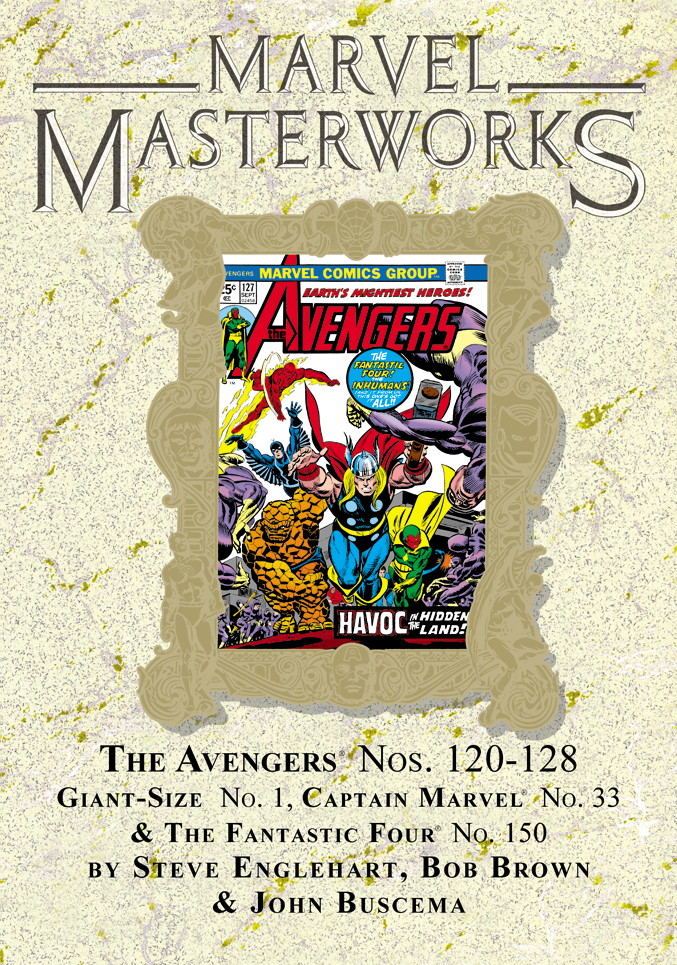 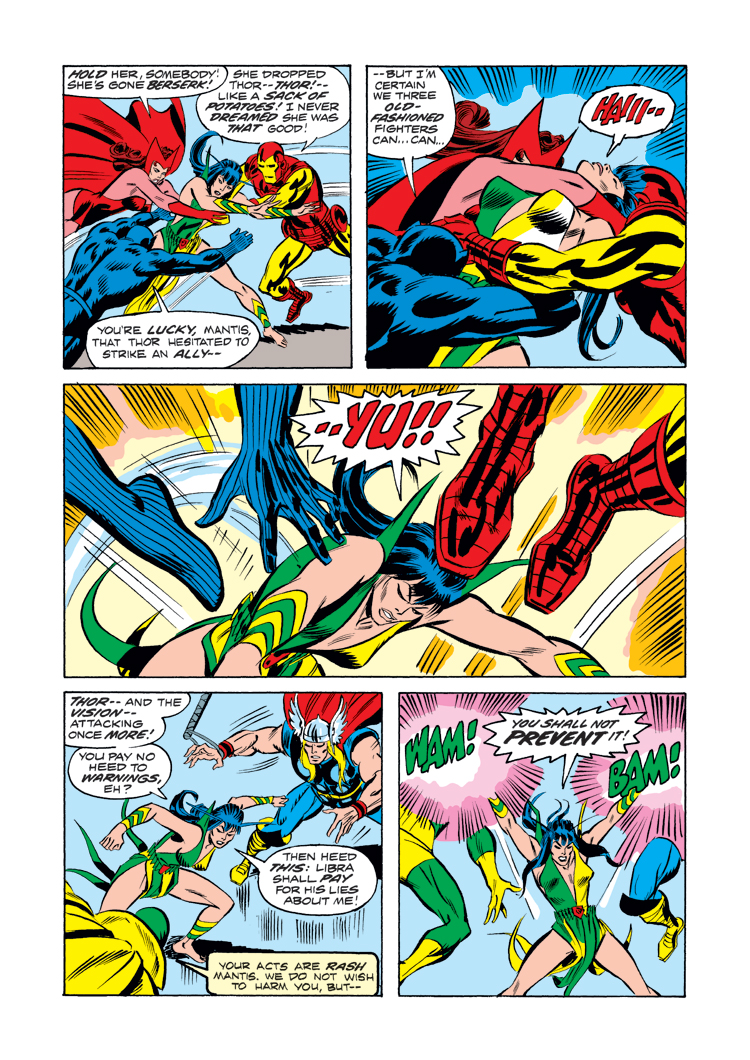 At the time of the material reprinted here Steve Englehart had been writing the Avengers for eighteen months, and had just concluded the well-received and still very readable Avengers/Defenders war. He’d introduced the interesting couple of Mantis and reformed villain Swordsman to the title, and was happier with the no frills artwork of Bob Brown than the readers surely were.

However, much of this selection is two steps forward, one step back. The ideas are there. We have the enigmatic character of Mantis sowing discord among the Avengers, her odd humility when, as we see, she’s capable of dealing with Thor and Iron Man, and all sorts of puzzling clues as to her background and origins. The Scarlet Witch begins to learn real witchcraft under the tutelage of Agatha Harkness, while her brother Quicksliver, lost for some while, returns and is married among the Inhumans. The Avengers help Captain Marvel in his battle with Thanos, and the action switches from New York to outer space, to the awakening of a captured alien lizard in the jungles of Vietnam. The crime cartel Zodiac have a nutty plan to eliminate everyone whose star sign is gemini.

It’s an admirable variety of material, and the characterisation is good, but the plots are largely dull or don’t quite convey the intended scope, and much of this is down to Brown’s unimaginative layouts. There’s no problem with Sal Buscema, and his brother John is so good that even when he’s not at his best here it’s still far better than Brown, who’s improved when inked by Dave Cockrum. Jim Starlin draws a largely superfluous Captain Marvel solo chapter, and Rich Bucker illustrates the one story with no plot input from Englehart.

This is Roy Thomas’ rather credulity-stretching attempt to define the parentage of Quicksilver and the Scarlet Witch, stretching back to the 1940s and involving the speedster of that era, the Whizzer. One good idea is to feature the Whizzer in costume as an old man, and the subsequent consequences, but the remainder concerns a rampaging monster emitting nuclear radiation. Any number of Avengers seem keen to engage it in hand to hand combat, and Buckler delivers his best Kirby imitation.

If the content here still disappoints, Englehart was about take a leap, and the following two bulkier Masterworks have some great material. The content is also available in black and white within Essential Avengers 6.