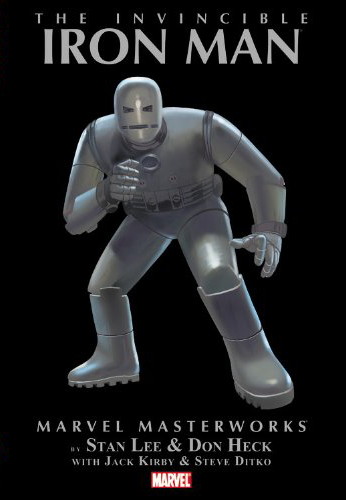 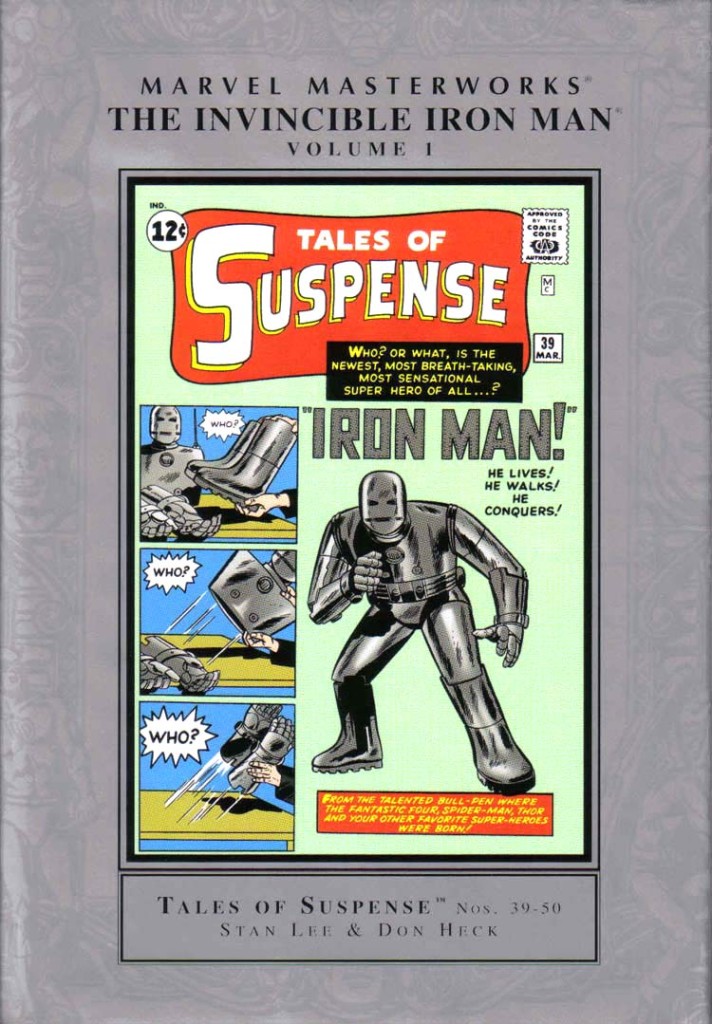 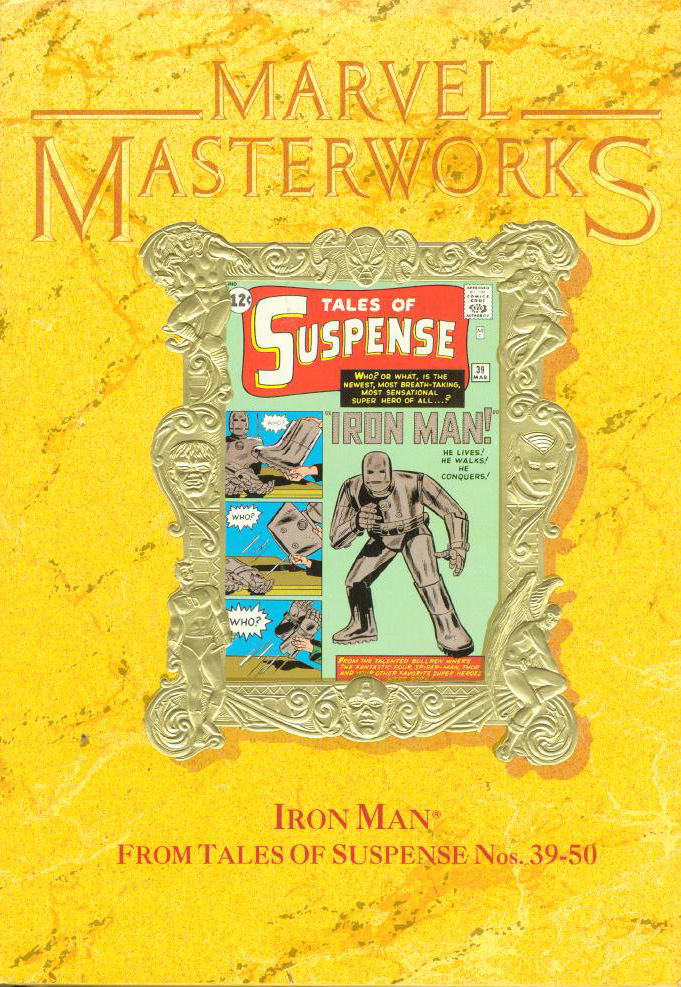 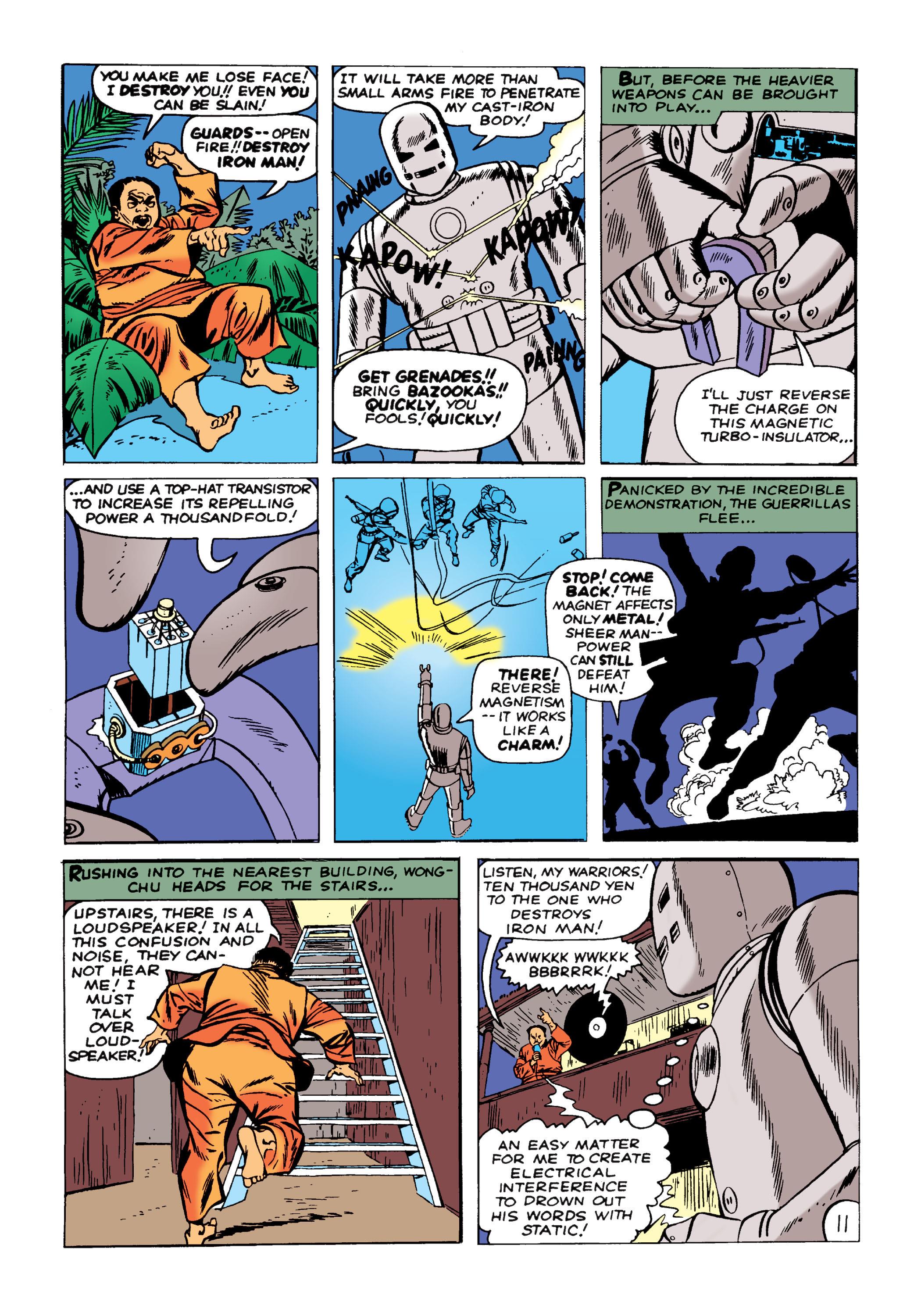 Since the 1980s every effort has been made to ensure Iron Man is at the technological forefront, encompassing the latest scientific and speculative developments into his armour. That has undergone so many upgrades and modifications over the years that there surely can’t be another superhero whose costume has changed so frequently. Through all this he’s been relentlessly modern. It’s therefore very difficult to adjust perspective to view this lumpen and bulky precursor through the same eyes. Was there really a time when this early 1960s Iron Man in his ur grey armour was of the same awe-inspiring status?

Iron Man’s origin story remains fundamentally strong, and with the exception of shifting the location from Vietnam to the Middle East it survived pretty well as plotted by Stan Lee and scripted by brother Larry Lieber for the 2008 movie. Wealthy industrialist Tony Stark has a piece of shrapnel edging toward his heart, and when captured by the USA’s enemies and forced to create weapons for them he must figure out a way of escaping while also preventing his heart giving out. His ingenious solution is an armoured chestplate that powers his heart coupled with accessories enabling him to overthrow a tyrant.

After a solid origin Lee really didn’t have a clue what to do with the character. We have throwbacks to the mystery/suspense stories Iron Man’s feature replaced, a trip to the past to meet Cleopatra, the equally seductive Kala, Queen of the Netherworld, and assorted single gimmick villains. The name of one, Dr Strange, stuck in Lee’s mind for later use. Part of the problem was that Lee farmed out the scripting to others. One time Superman writer Robert Bernstein (credited as R. Berns) lacked the light touch, and when Lee had the time to provide his own dialogue it was melodramatic, but the strips improve.

This was during a run of issues illustrated by Steve Ditko, working surprisingly well, not least because he realised Iron Man himself looked dreadful. Variations of Ditko’s more flexible red and gold re-designed armour would last almost twenty years, and have been regularly revived ever since.

Just under a year after his own introduction Iron Man’s most memorable foe makes his first appearance. There are numerous reasons involving cultural sensitivity why the Mandarin isn’t as favoured today, but the idea of ten rings each with a different power plays straight into the fascination of the young readers for whom Lee was writing at the time. Malachai Nicolle, the kid who writes Axe Cop, would love the idea of him as presented in 1964.

Stark himself is the most convincing aspect of the strips reprinted in this collection. Despite being visually modelled on the screen heroes of Lee’s own youth thirty years previously, you can believe Stark as a wealthy playboy who enjoys the doors his wealth opens. His constantly skipping board meetings and other events due to heart problems hasn’t yet been done to death. The introduction of long lived supporting cast Pepper Potts and Happy Hogan make Stark a more rounded person, and the less cultivated Hogan being a form of mirror image works well.

That, though, is trawling for the positive aspects of what’s completely dated material. The concepts remain strong, but it’s difficult to image today’s young boys deriving any pleasure from the massive word balloons and cramped pictures. It’s also available in black and white within Essential Iron Man 1, and gathered with the content of the following two Masterworks as Invincible Iron Man Omnibus. 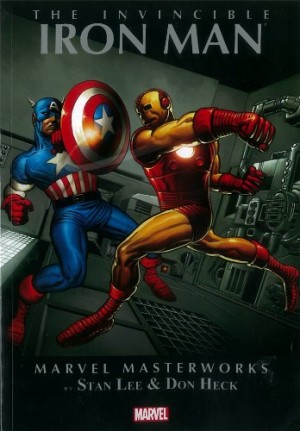