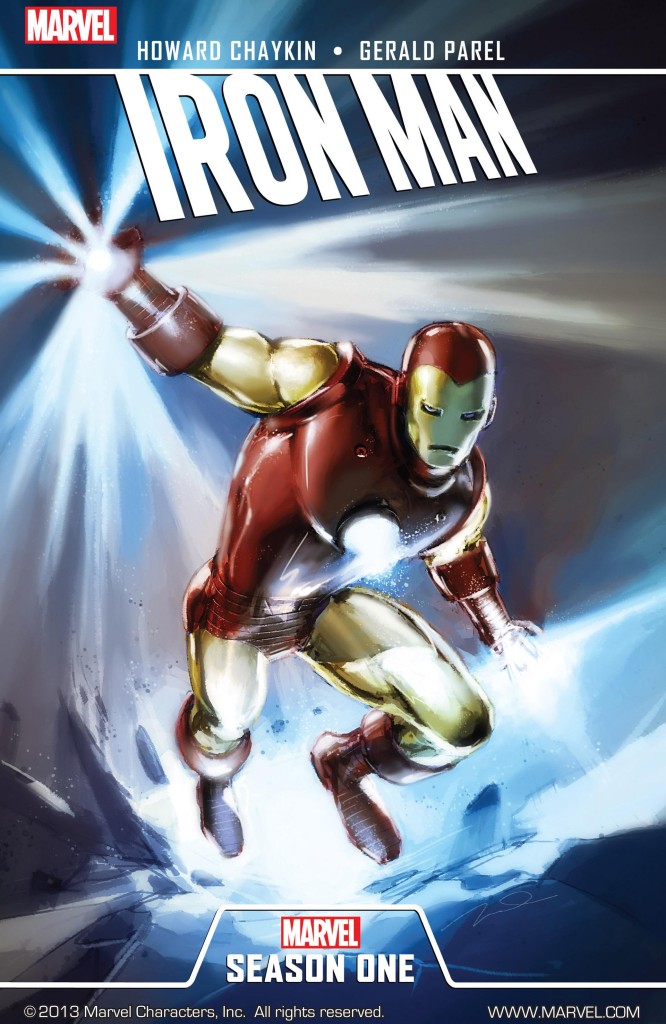 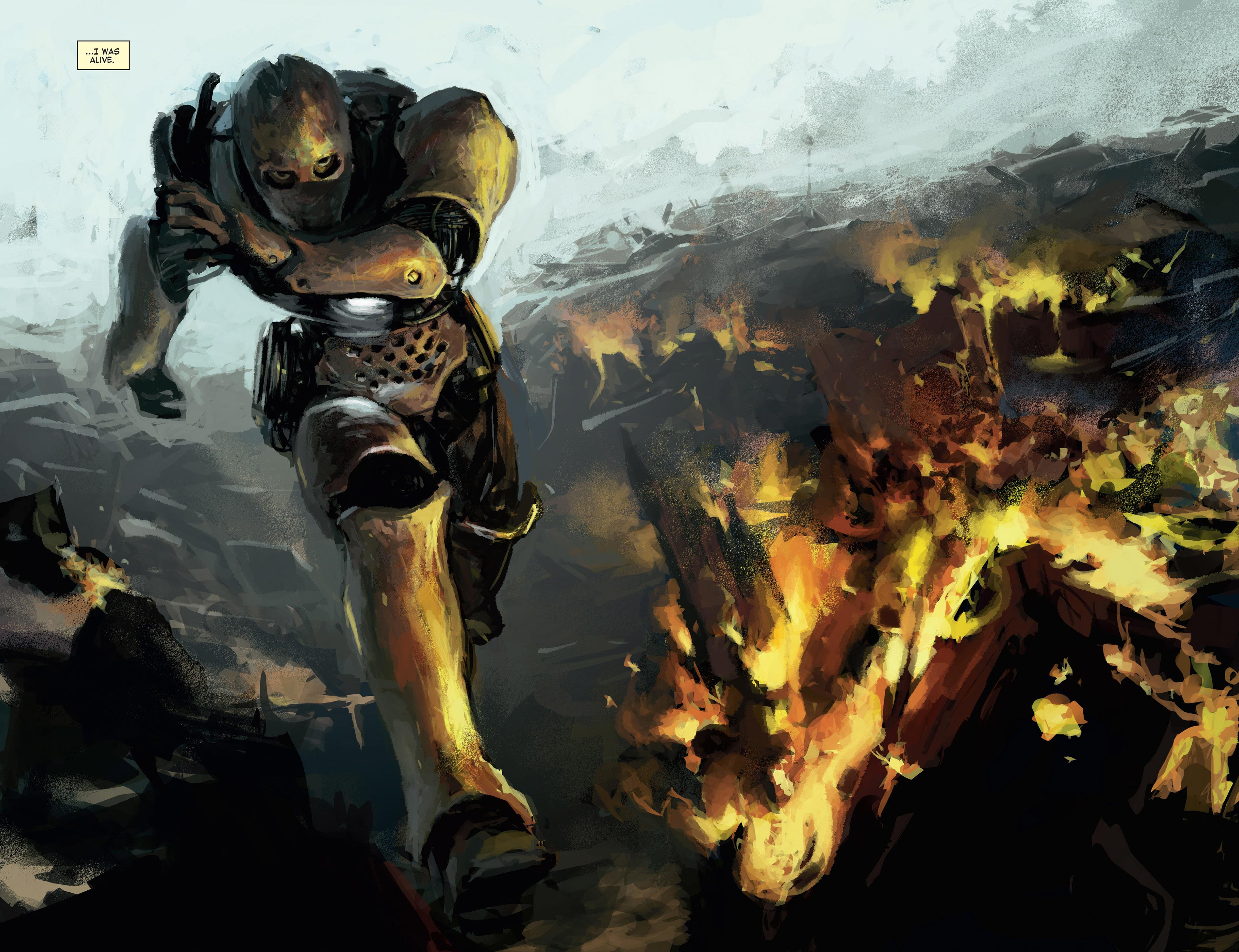 In 2013 Marvel issued several attractively produced hardcover titles looking back at the origins and earliest days of their superheroes. It provided an opportunity to tweak the beginnings of some characters at the time very tied into their 1960s introduction. Embedded most deeply in the era was Iron Man, the armoured suit created out of desperation by engineering genius Tony Stark when captured in Vietnam and forced to generate weapons. The bulk of his earliest escapades represented the right thinking patriotic force of capitalism against the insidious evil of communism.

Howard Chaykin follows the 2008 film template by updating the bogeymen to Muslim terrorists, further modifying by them being led by a former college friend of Stark’s. The fundamentals remain the same, though. Stark still has a sliver of shrapnel inching toward his heart, and must simultaneously deal with creating weaponry for the terrorists. The opening page vaguely refers to the setting being a few years before the turn of the century.

The film extrapolated this secenario so well that reworking it for a graphic novel might be considered an invidious task, but Chaykin has plenty of experience when it comes to glib characters in circumstances that toy with political ideology. His dialogue is clever and witty while remaining just the right side of open parody: “’In other news…’ One of my favorite phrases you infidels have introduced to the world’s vocabulary. The perfect statement of the limited attention span of the morally decayed West.” Chaykin counterpoints Stark’s desperate situation with the attitudes of his company employees, some of whom are ready to exploit his supposed death, and addresses the social implications of Stark being welded to an iron chest plate.

Gerald Parel’s painted art avoids the stiffness that such pages often feature, and veers between the naturalistic and the impressionistic. The sample illustration of Iron Man in his primitive mask and chestplate could be running through World War I trenches, such is the evocative impressionistic devastation. He’s also very good with the bright desert light in the opening pages, but his often bland colour choices draw the power from Parel’s paintwork.

Stark’s characterisation is well handled, the captions illustrating him well as Chaykin further introduces the matter of alcohol dependency. Pots are kept boiling while Stark gradually makes his way back to civilisation in what’s a TV drama style script, cutting back and forth between three storylines, that of Stark and those of two plots against him. It’s all very polished and professional, with unfettered greed joining extreme ideology in an axis of evil, but the fall and redemption scenario is eventually dragged that little bit too far. Parel’s pages by this point have descended into bland when they should be dynamic.

Iron Man Season One has a cinematic scope, but it never grabs by the throat and thrills as it should.