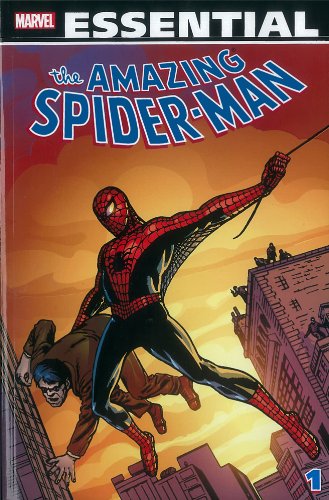 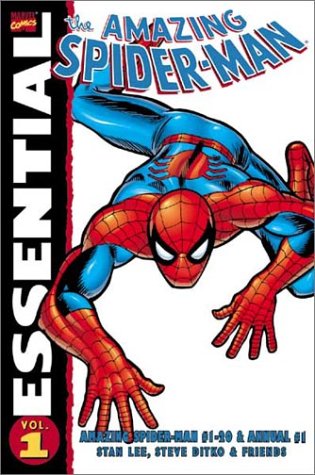 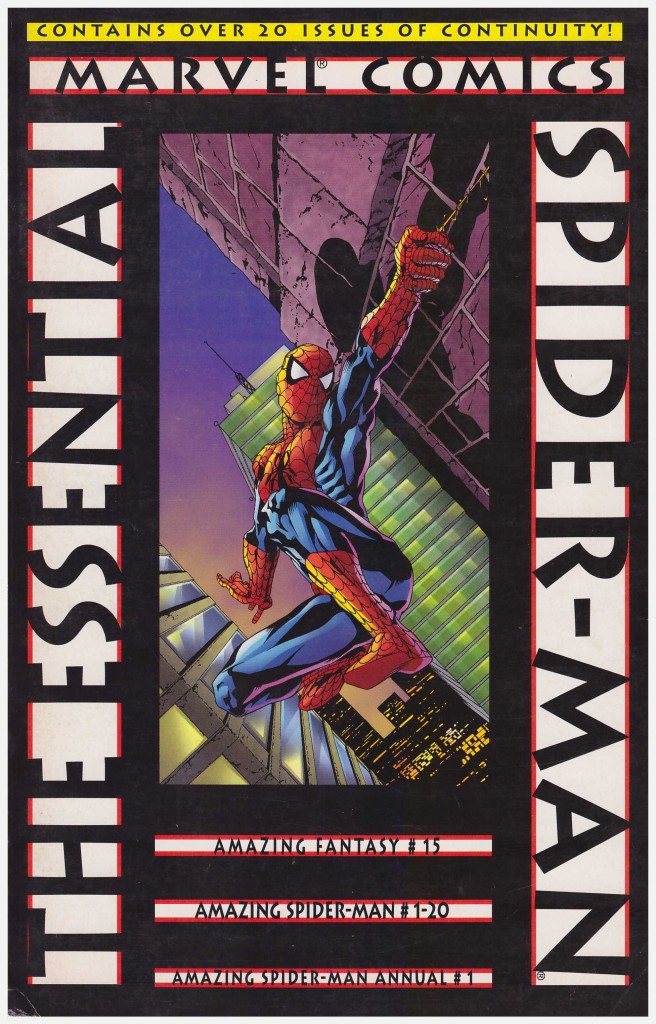 Superhero comics thrive on hyperbole, something Stan Lee understood in the 1960s, applying positive adjectives to his comic titles and becoming a relentless self-publicist in promoting what he wrote. Yet it can be stated with no word of exaggeration that the stories in this collection genuinely changed comics forever, and that the template established in the early Spider-Man issues reprinted here is being recycled to this day.

In 1962 Lee identified that applying the characteristics of radio soap operas to a superhero comic would be novel and interesting. In the best selling superhero titles of the day dialogue was a means of progressing the plot, and largely interchangeable between characters. Secret identities were mere shells, often serving little purpose other than plots where they were in danger of being revealed. Peter Parker was essential to the well-being of Spider-Man comics.

He’s deliberately characterised as run of the mill, ordinary beyond a fine intelligence, and likely to react in any given situation in the manner of an average early 1960s teenager. Parker’s high school and home life is given equal precedence to Spider-Man’s activities, and, by the midway point is equally compelling. Before then it’s actually more compelling, as Spider-Man took a while to settle into a groove. For every decent story such as the introduction of Doctor Octopus, there’s one that doesn’t quite work as well, such as an encounter with Doctor Doom, attempting to capture Spider-Man in the belief that the Fantastic Four will be lured into rescuing him.

Beyond that halfway point it’s quality all the way, action-packed and tear-stained in well-plotted melodramas. The motivations may now occasionally seem a little primitive, but the character-driven drama for both identities is polished. And take a look at the roll call of villains introduced overall: the Vulture, the Chameleon, Doctor Octopus, Sandman, the Lizard, Electro, the Green Goblin, Mysterio and Kraven the Hunter. Almost all are still active today.

Steve Ditko’s art begins as polished, and consistently improves given recurring characters and repeated locales. His work ethic is astounding. Eight or nine panels per page are common, and there are rarely fewer than six, yet backgrounds are almost always provided, and those panels are packed with characters or action without ever seeming crowded. When he diverts from the norm as in six full page illustrations in Spider-Man’s first annual, the results are, well, amazing. Or spectacular. Also from that annual is a three page story both satirical and informative displaying Lee and Ditko’s working process, and probably nearer the truth of their relationship than intended.

Ditko’s also excellent at designing a distinguishable cast. There’s no mistaking Peter Parker for Flash Thompson or Liz Allen for Betty Brant, although the fashions required for a contemporary comic in the early 1960s date some aspects. Beyond Spider-Man, Ditko’s greatest character design is J. Jonah Jameson, his rage surely more likely to induce a coronary than Aunt May’s sedate life.

The strength of Ditko’s line is diminished by the occasionally muddy reproduction on pulp paper, but that’s the quid pro quo of a bulky collection of stories expensive in any other format. Almost all the stories are available in colour in several iterations. The most recent is the bulky paperback Great Power, reprinting all but the final three tales. Moving up the cost scale, the content is split over the first and second hardcover volumes of Marvel Masterworks: The Amazing Spider-Man (with the final story appearing in volume three), or there’s the oversize Omnibus edition gathering all Ditko’s work on the character.