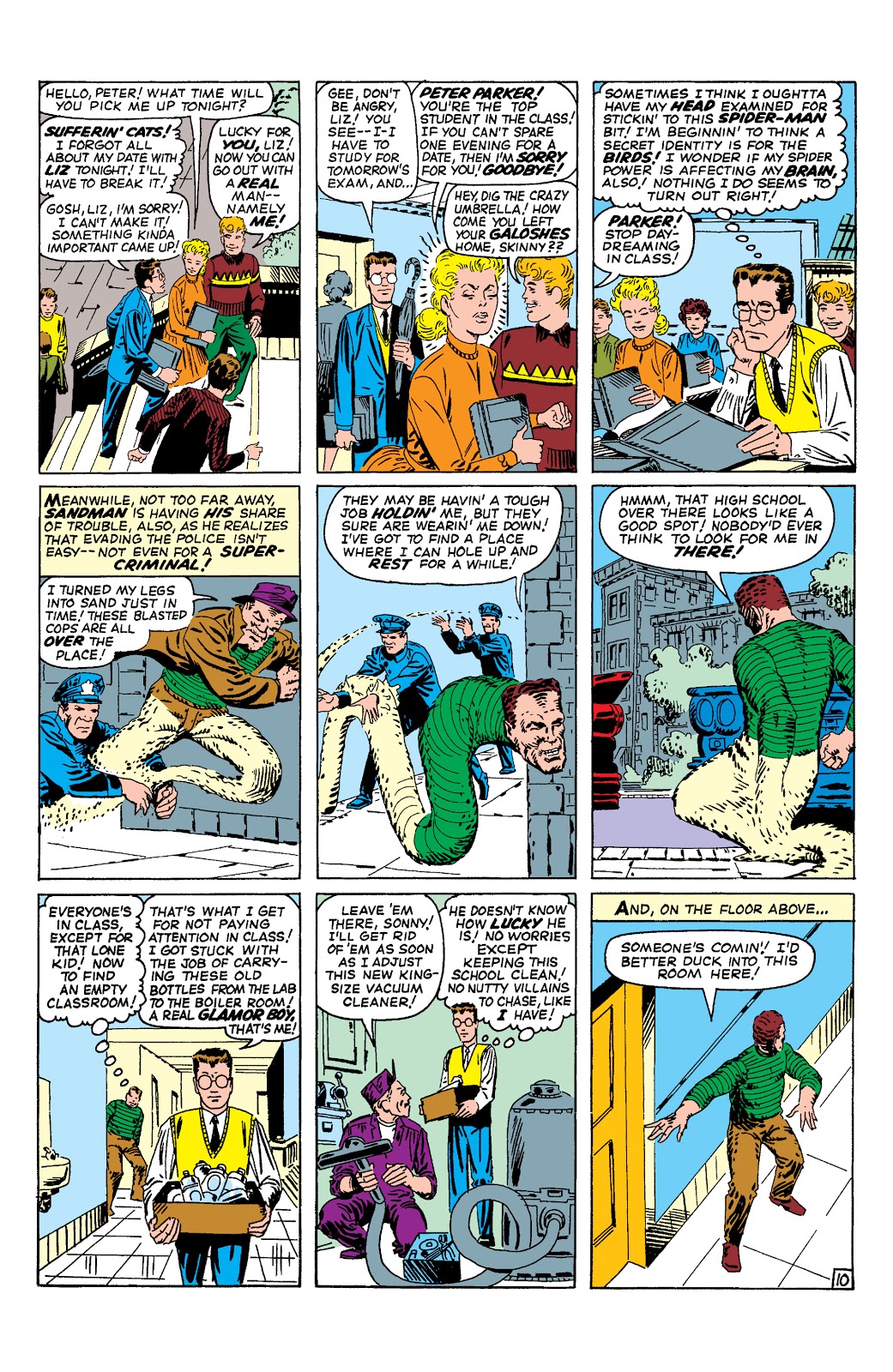 Great Power raises suspicions that Marvel is following the business model adopted by the music industry in the face of digital downloads. Every few years there’s a newly re-mastered edition of a classic catalogue, or one offering previously unreleased extras, and here we once again have Spider-Man earliest comics by Stan Lee and Steve Ditko in at least their fourth English language book presentation.

Previously available in two volumes of Marvel Masterworks: Amazing Spider-Man, the all encompassing Omnibus collection of Lee and Ditko’s collaboration, a DVD collection, and in the black and white Essential Amazing Spider-Man volume one, why would anyone want this? While cheaper than the hardback reprints, at list price of $34.99 it’s not particularly competitively priced, when one considers the $100 Omnibus includes the entirety of Ditko’s run on Spider-Man in an oversize format including all the original letters pages and several stories from the era featuring Spider-Man that didn’t appear in his own comic. Furthermore, the Omnibus pages are better produced, so there’s no loss of image or dialogue in the central binding.

The singular element where Great Power scores is in the discovery of the original art from Spider-Man’s first appearance, now donated to the Library of Congress. The original un-coloured pages are reproduced, and are a gift to any comics historian.

Leaving aside any quibbles about format and price, this is classic material. The approach taken on Spider-Man kick-started the modern era of superhero comics by emphasising Peter Parker and his problems and social life. It raised these to equal status with the superhero action supplied by Spider-Man. This is the template for all superhero comics that followed.

Inevitably, these early issues display a few teething problems and a few mis-steps, and any following collection of the remaining Ditko material will be a stronger read. On the other hand there’s a classic compressed origin story, the introduction of plenty of characters still frequently used today, and an almost continual improvement as Lee and Ditko worked their way into the cast.

The standout story here originated in Spider-Man’s first annual. Six previously introduced villains unite to ensure Spider-Man’s defeat. In a clever twist, though, their egos are such that instead of attacking together, each wants to deliver an individual humiliation, believing Spider-Man can’t conceivably emerge triumphant if having to face each of them in rapid succession. His compliance is assured by Aunt May and Betty Brant being held hostage, and there’s even room for brief guest appearances from almost every other Marvel hero of the day. Part of the wonder is Ditko diverging from his minimum of six panels per page to supply a dynamic full page illustration of each of the six battles Spider-Man undertakes.

It’s the Omnibus edition that provides the best way to appreciate this material, but if that’s beyond your pocket, and you’re not going to be satisfied with the black and white Essential reprint, then this Epic Collection may be for you.