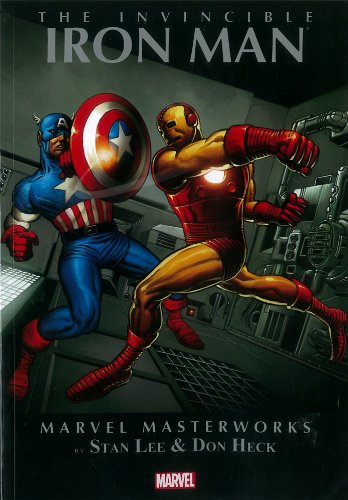 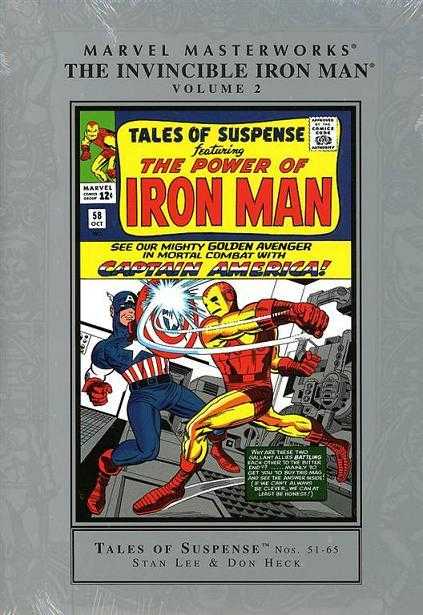 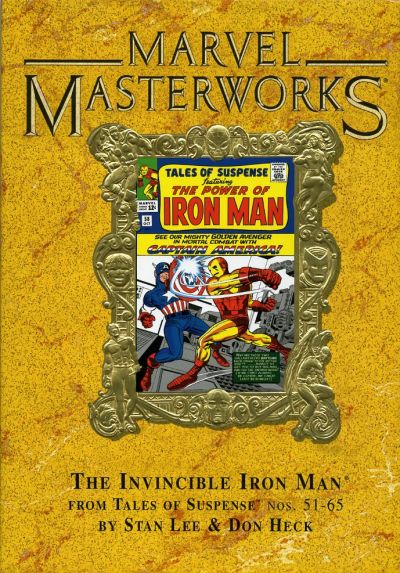 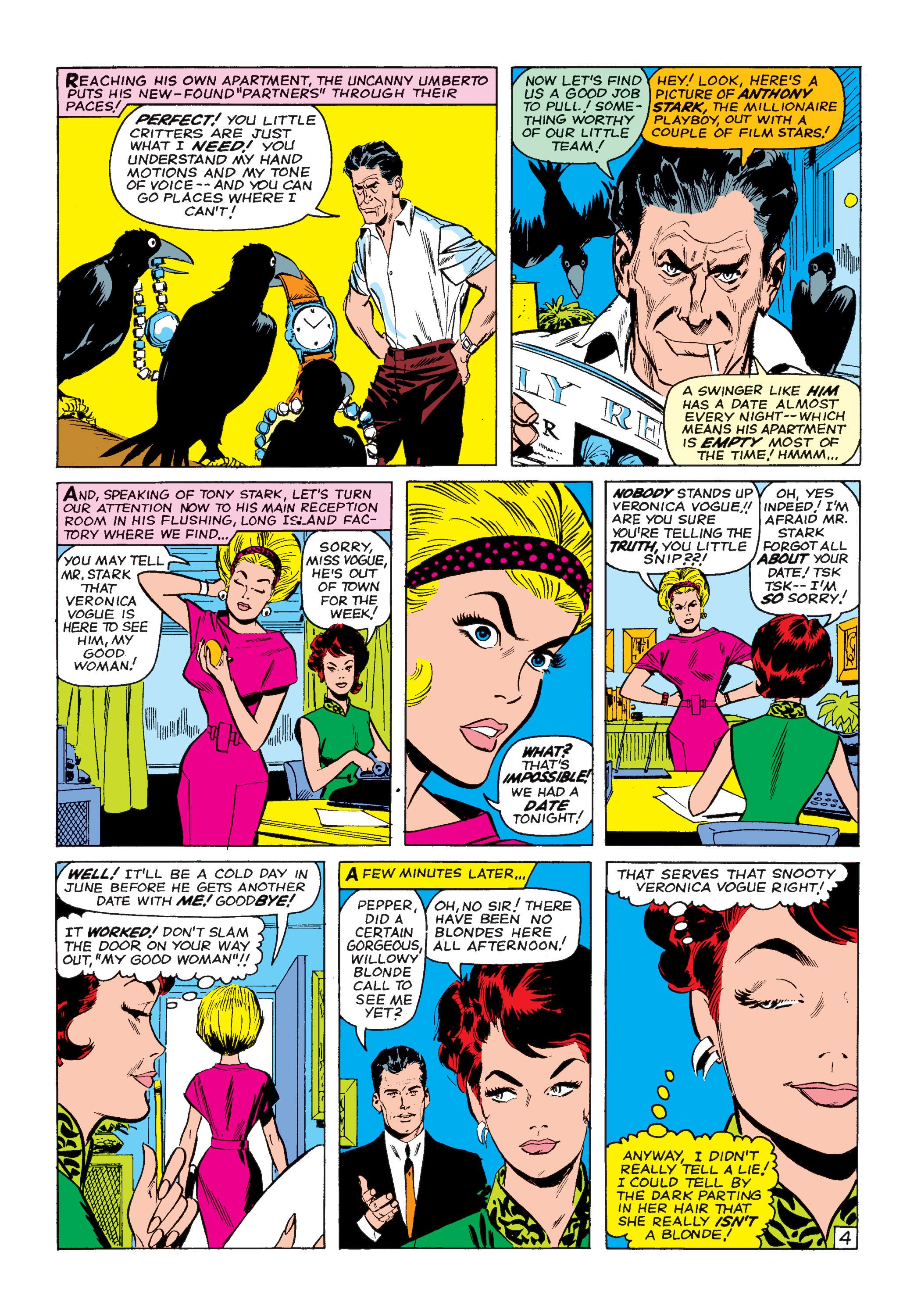 By the conclusion of Marvel Masterworks: Iron Man vol 1 Stan Lee had recognised the character was floundering as he farmed out the scripting to lesser hands, and so assumed full control of the feature. This improvement was mirrored by Don Heck drawing every episode instead of the artist changing frequently as over the first collection.

Heck is a mixed blessing. It’s fair to say that he never warmed to superhero comics, never really coming to grips with the requirements of superhero action sequences. Give him those same characters out of costume, though, and he supplies stylish period elegance. Take a look at the sample page. We have a villain that convinces in a manner he won’t once he dons his ridiculous Scarecrow gear, and all the glamour of the romance comics on which Heck learned his trade. There’s a slight rigidity to the bodies, but nothing compared to his awkward flying Iron Man, all posed stiffness. Heck’s superhero sequences look markedly better when inked by Chic Stone, though.

After rather thrashing about with his plots for the opening volume, Lee now has a firm direction he wants to follow. These Iron Man stories originally shared a comic with Captain America, and they present an alternative take on patriotism, a jingoistic pro-capitalist view. It’s steeped in the early 1960s, representing the ideological fears whipped up at the height of Cold War tensions. Industrialist Tony Stark creates weapons for the military protecting the US, so it’s logical that his enemies should be the opposing forces who’ll stop at nothing to steal his technological secrets.

If the Mandarin is counted as a representative of a communist regime, only three of the fifteen stories here have villainy unconnected with the Soviets, the Cubans or the Chinese. It’s all very broad strokes, but Lee at the time was still aiming the comics at the traditional audience of pre-pubescent boys, and amid all the propaganda his commercial instincts never deserted him. These stories feature the first appearances of the Black Widow and Hawkeye, both of whom would be long-term second stringers before blossoming in Marvel’s 21st century movies. Lee’s particularly enamoured with the pair, rapidly transforming the Widow from a 1940s style femme fatale complete with face netting pinned to her hat, to a more athletic costume and identity. It would take the appearance of Emma Peel later in the decade to inspire her modern-day incarnation. Hawkeye is perhaps the archetype of the Marvel misunderstood villain of the 1960s, motivated not by evil, but circumstance. In Hawkeye’s case it’s firstly being mistaken for a robber, then infatuation with the Black Widow.

Iron Man’s supporting cast is the glamorous Pepper Potts, secretary to Stark, and his driver Happy Hogan, every bit as smitten as Hawkeye. Lee’s soap opera instincts are sound. He transfers much of Spider-Man’s melodrama, but twists it. Here the romantic attentions of the perpetually downbeat Hogan are constantly thwarted and the otherwise perfect Stark falls prey to constant illness scares. That device is used more sparingly here, and well played in a sequence where Stark is believed to be murdered by Iron Man.

All the nice little touches are more appreciated with a wry grin than a slack jaw as this is extremely dated material. Beyond the most basic of character background it bears barely any relevance to the Iron Man of today, and while much of Marvel’s 1960s output can still be appreciated in a contemporary sense, this isn’t among it.

It’s also available in the Invincible Iron Man Omnibus, and in black and white in Essential Iron Man 1.