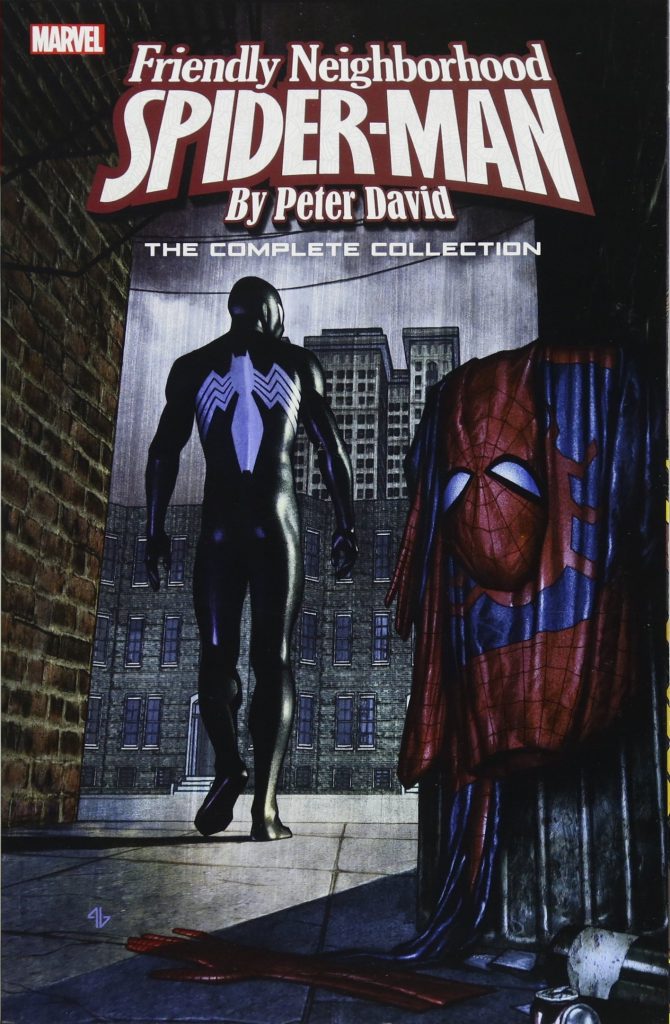 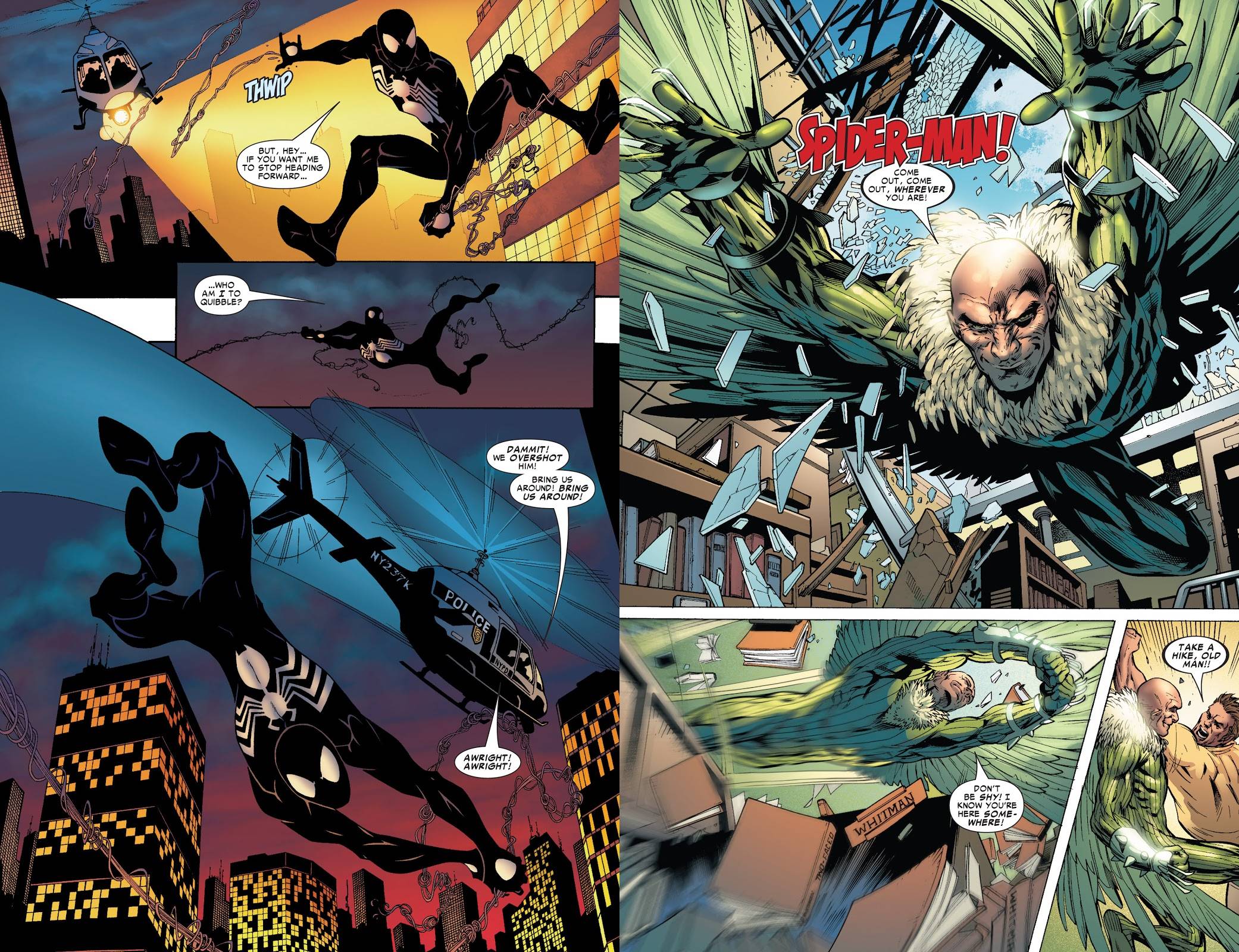 When he took on Friendly Neighborhood Spider-Man. Peter David already had a history with the character stretching back over twenty years, beginning with fill-ins remarkable for proving more interesting than the main continuity. In 2005, though, the stories collected here were overshadowed by J. Michael Staczynski and John Romita Jr turning out one of the greatest ever Spider-Man runs at the same time. It’s a shame and although it tails off over the final few chapters this is a wonderful Spider-Man run, dramatic subplots meeting inventive superhero action, along with long time supporting character Flash Thompson and villains Sandman, Mysterio and the Vulture satisfyingly redefined.

Sandman’s background was expanded during a period when he reformed, but David adds considerably greater depth, going back to childhood, providing natural reasons for contradictions, and bolstering his criminal path, although an early obsession with sand is too convenient. The Sandman’s story provides a tidy resolution to a clever plot about an unlikely character’s return with David piling on complication after complication. He plays well with Mysterio’s stock in trade of illusion and deceit, and fills in gaps for the Vulture, restoring his danger by creatively negating all the methods by which Spider-Man’s previously stopped him.

Much of David’s spell on Spider-Man was limited by his ongoing involvement in Civil War issues, so over the course of these stories he’s wearing either the red and gold souped-up costume provided by Tony Stark or the more appealing 1980s black costume. Aunt May suffering and Peter publicly revealing he’s Spider-Man also feature, while David draws on Spider-Man’s past effectively.

The art is a mixed bag. Todd Nauck (sample spread left) draws more pages than other artists, starting conventionally enough, but gradually moving more toward the stylised pages he’s better known for. That transition results in many strangely put together bodies and strained expressions. Scott Eaton (sample spread right), Ronan Cliquet on the Sandman’s youth and Mike Wieringo are more impressive, while Roger Cruz hampers his own style by making a half-hearted attempt at resembling Romita Jr’s pages.

Despite having some nice character moments, a final longer story featuring a less familiar villain isn’t as satisfying, and David’s tongue in cheek ending of the threat may be too trivial for some. Those longer stories are balanced by some fine single episodes with novel themes. We have the woman who believes Spider-Man is stalking her, the sitcom consequences of Peter revealing his identity for the school he teaches at, and the best of a good selection is the closing conversation between Peter and J. Jonah Jameson. It’s beautifully balanced and suspenseful, although Nauck’s layouts could have been more imaginative.

Three previous paperbacks previously collected what’s reprinted here, Derailed and Mystery Date all written by David, while Back in Black merges his work with some from Straczynski.