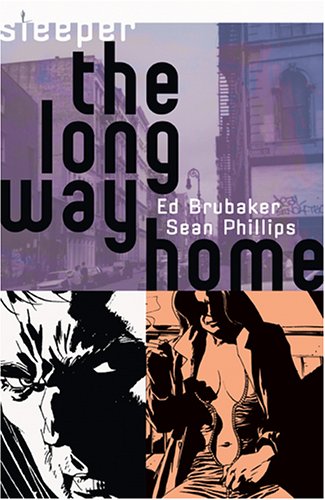 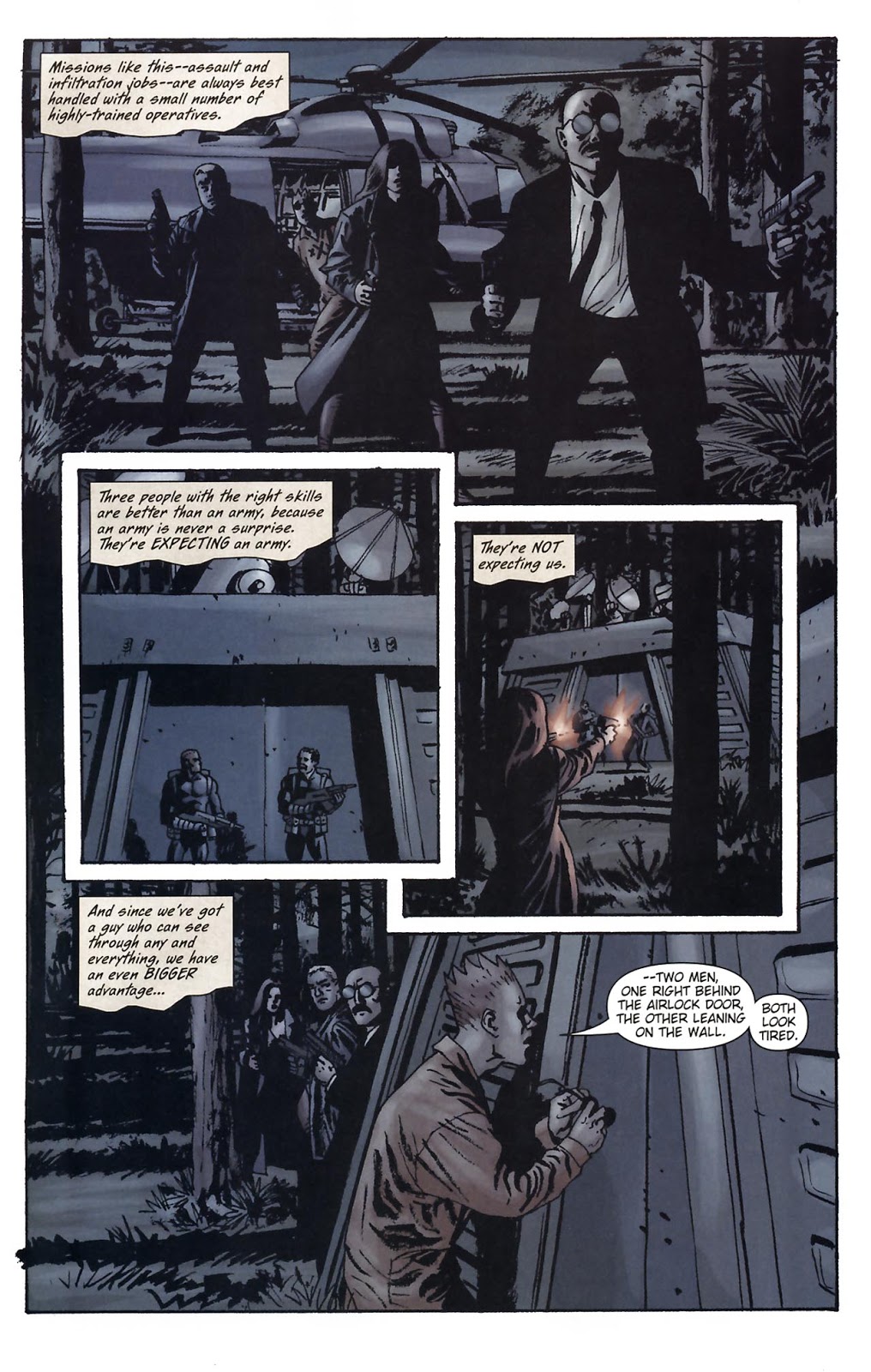 A form of covert war is going on between the leaders of two extremely powerful organisations, and Holden Carver is caught in the middle, not reckoning much for his chances of emerging alive, although as we saw to end A Crooked Line, he’s making preparations. All the way through three previous books we’ve gradually learned more about the vendetta between Jack Lynch and Tao, and The Long Road Home is the end game.

Over the course of Sleeper Sean Phillips could have chosen to draw more attention to some moments, to treat the involvement of super powers as a bold, bombastic statement. That he hasn’t is indicative of the artistic discipline he applies to the entire story. It might have looked more dynamic, but it would destroy a carefully cultivated mood intended for the entire story for a moment of artistic flourish. Phillips provides a world of shadows and darkness, reflecting a narrative where clarity isn’t always the priority, yet here there are moments where he’s able to let go, such as showing us Grifter in action, and that’s as neatly composed as the remainder.

Whereas A Crooked Line focussed almost exclusively on Carver, The Long Road Home dots about between assorted other cast members who feed into the bigger picture. Ed Brubaker’s complex plot means we’re never sure whose agenda is being followed, so while it may seem Carver, for instance, is being betrayed, such is the labyrinthine web of possibilities in this covert world, there’s never any certainty.

The only certainty, in fact, is that Brubaker and Phillips want their readers to have none. There’s a meta-narrative sense in which they’re the villain Tao manipulating all of us. “Just like those sheep scrabbling around down there think their lives mean anything to the people who make the real decisions in this world”, he monologues at one point, “I thought I’d helped you get beyond such typical fallacies”. In some ways, though, they’re too successful in causing us to question everything. In another series the big fifth chapter surprise would be exactly that, but because we’ve been conditioned it perhaps won’t be. Still, it’s followed by the wild card of tragedy.

Sleeper has writhed around astonishingly over three previous good graphic novels, and anyone who’s enjoyed them isn’t going to be let down by a conclusion that’s true to everything already established. A happy ending? Surely that’s not the expectation for anyone who’s worked their way through those three previous Sleeper graphic novels. Still, maybe the creators will surprise. What can be said is that The Long Road Home is combined with A Crooked Line as Sleeper Season Two, and that the final page is not the definitive end. Readers may also be interested in Point Blank, which is a form of prequel. For the wealthy, the entire four volumes of Sleeper were combined as The Sleeper Omnibus.