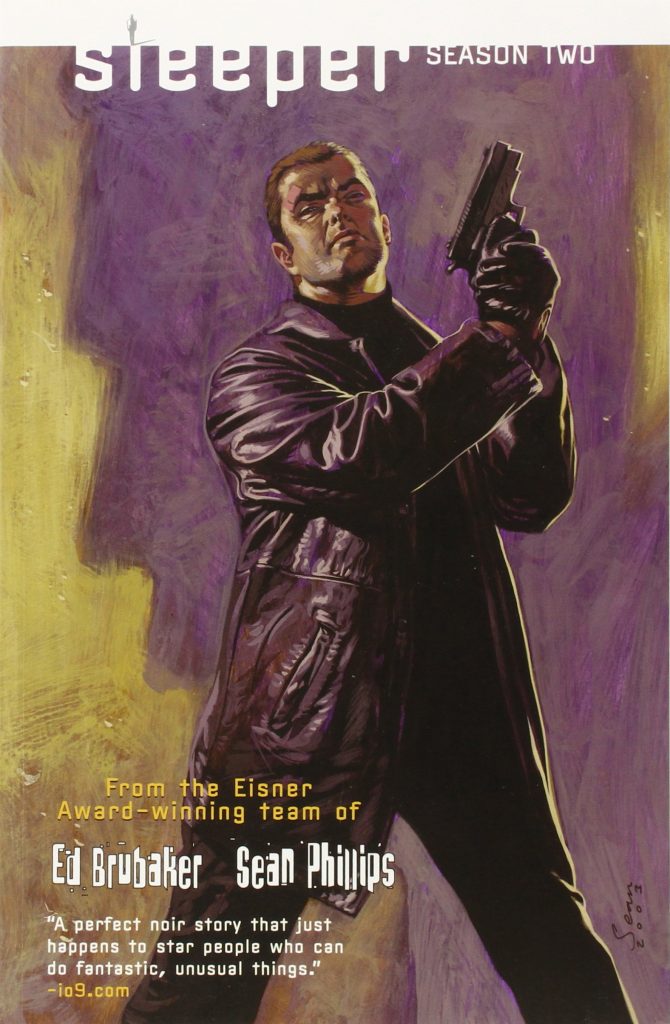 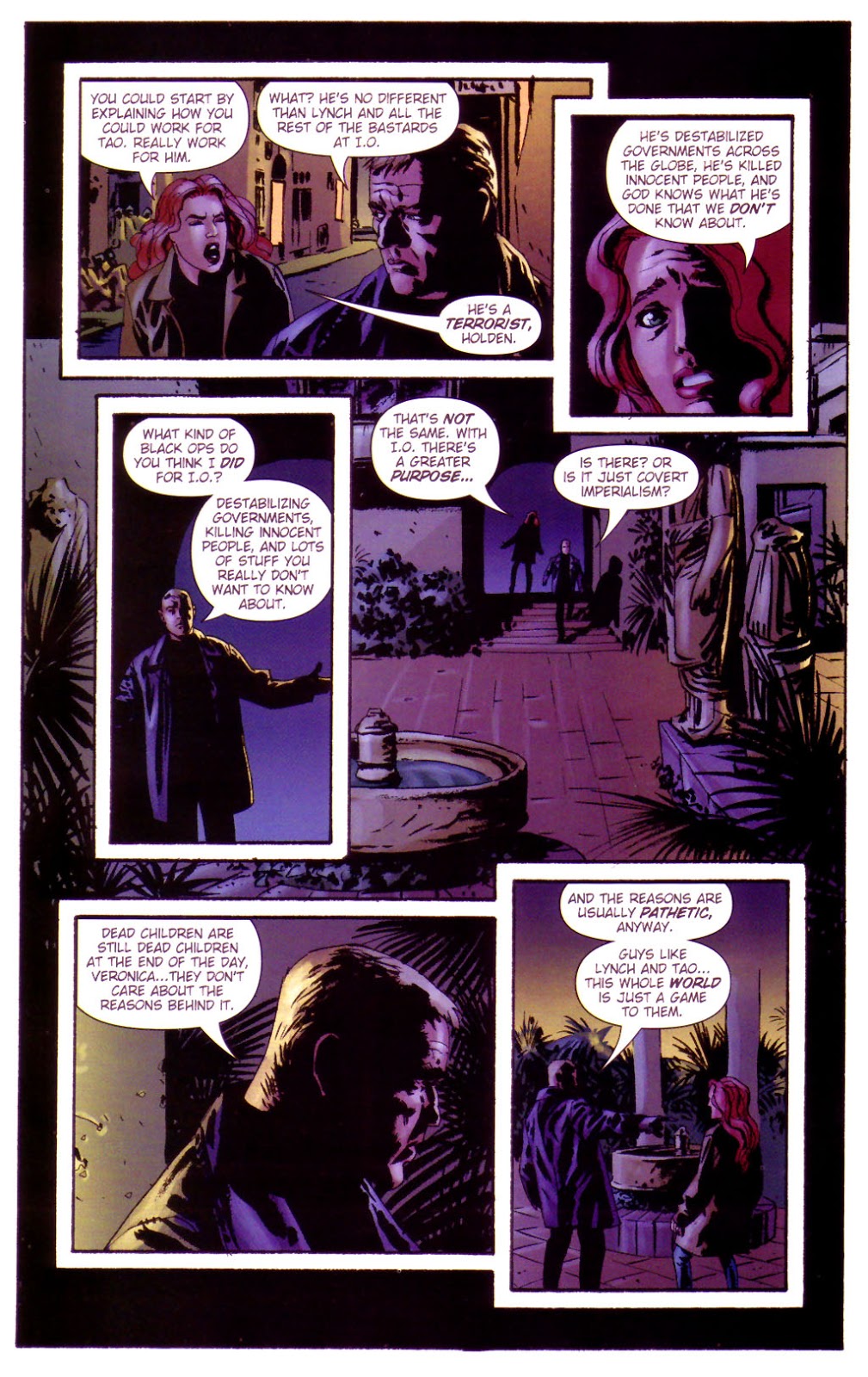 “I’m just a glorified pawn at the mercy of two master gamesmen, and I’ve played enough chess to know pawns rarely make it out alive”.

That, in a nutshell is Holden Carver’s predicament. He infiltrated Tao’s criminal empire on the orders of John Lynch, head of IO, but true to his secretive nature, Lynch told no-one else, so when he was shot and spent months in a coma, all Carver’s previous colleagues believed him a traitor. Worse still, as seen to conclude Sleeper Season One, Tao’s been aware of Carver’s subterfuge all along.

Before we see how that turns out, Season Two opens with a chapter of Coup D’Etat, drawn by Jim Lee and showing Carver’s part in events that lead to the Authority taking over the USA. It’s a Sleeper story for around ten pages, before becoming widescreen superhero action, and while Ed Brubaker is the writer and it’s here for the sake of completeness, the collection would be better off without it.

The upside of working for utterly manipulative bastards is they’re able to adapt to any situation, figuring how to turn it to their advantage, so this volume opens with Carver back on Tao’s team. We’re able to appreciate how good Brubaker’s writing is by taking a step back to assess Carver’s character. He’s a monster in some respects, committing horrific acts without a shred of conscience, something greatly more applicable to his companion Miss Misery, yet Brubaker ensures we sympathise with them and their predicaments. This is while continuing to muddy the waters to the extent that we never know the truth of someone’s purpose, and even if a truth is revealed, it’s not necessarily accurate when applied to the bigger game.

Season Two opens up the world Carver operates in. Whereas he was almost exclusively the focus of Season One, and begins that way here, we begin to see what other people are saying and doing far more frequently, and how the bigger picture of that impacts on Carver. Part of it is the involvement of Cash Cole, Grifter, to all intents and purposes a superhero, yet someone whose talents enable him to enter the espionage world. His use, though, lets Sean Phillips be a little more expansive with the art over a few pages showing Grifter in action. Otherwise he avoids any hint of flash over storytelling, keeping things disciplined and realistic looking. There’s also improved colouring, still dark, but more creative.

This is best read without knowing much about the plot. Carver wants to extricate himself from his situation, and begins to engineer events to see that happens. However, he knows he’d dealing with two master strategists. Everything is as satisfyingly dark as last time around, and anyone who enjoyed that isn’t going to be disappointed. Alternatively, the story is split over two paperbacks, A Crooked Line and The Long Road Home. It was solicited for re-publication in 2019 as Sleeper Book Two, but was never issued. An alternative is all Sleeper content gathered as The Sleeper Omnibus.