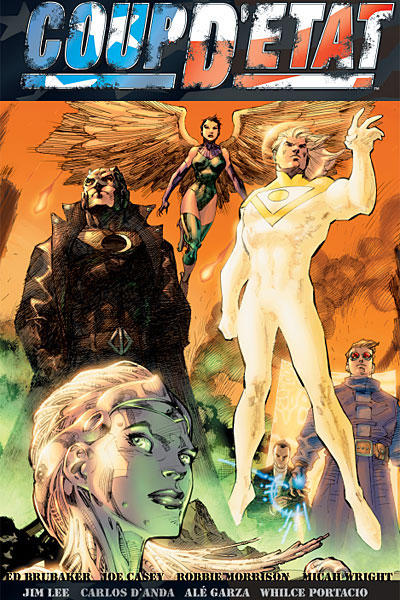 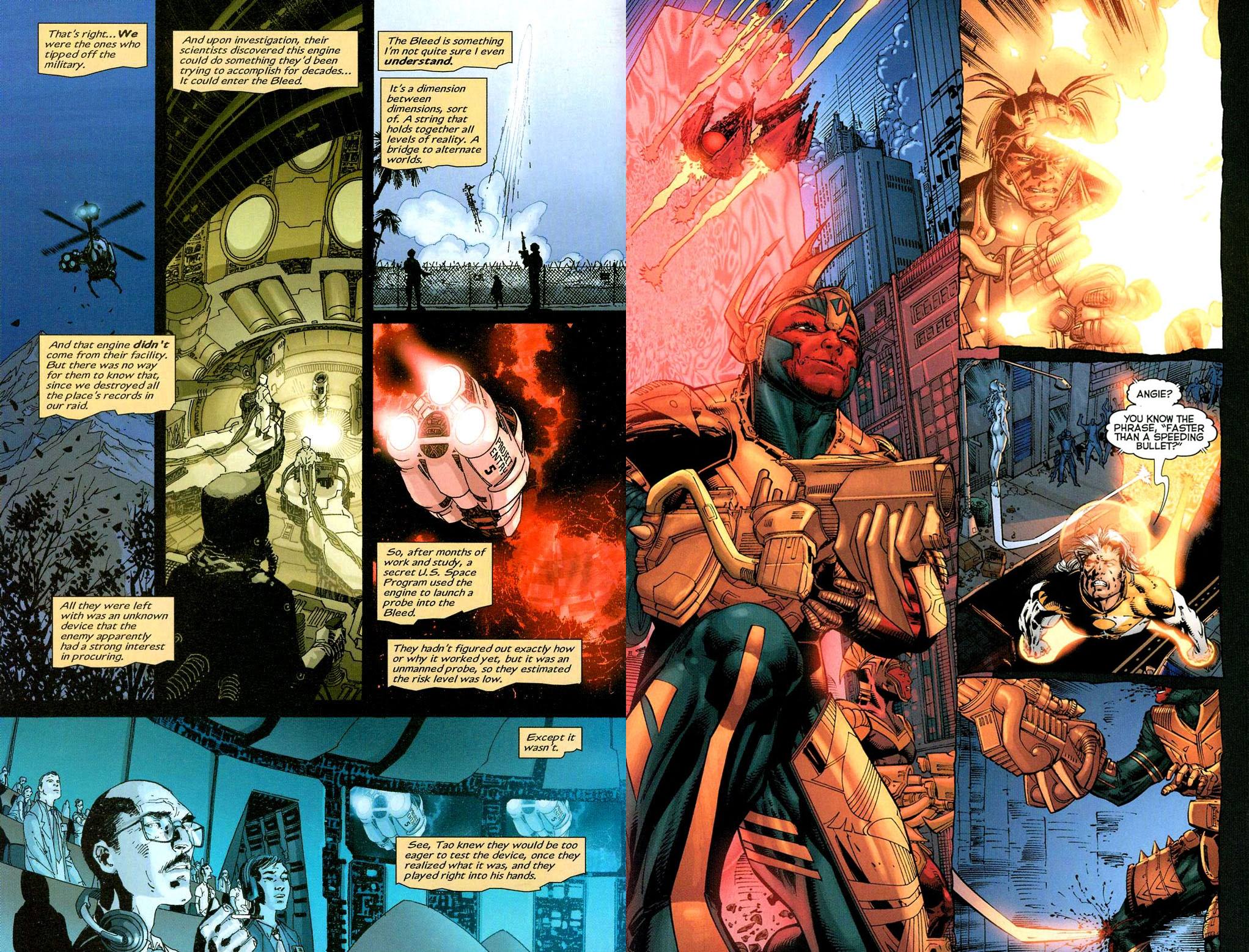 Coup D’État is a 2004 crossover affecting the entire WildStorm universe. It’s frequently associated with Sleeper, but while characters from that series appear, and Ed Brubaker writes the opening chapter, this is an entirely different beast. It’s widescreen superhero action in which much of Florida is wiped out in an opening chapter explaining how Tao has tricked the US government into activating technology it doesn’t really understand. That angers the Authority, and that chapter ends with them announcing the coup d’état of the title and taking over the USA.

Succeeding chapters spotlight the reactions of Stormwatch and Wildcats before the Authority take centre state again ahead of an epilogue. The Stormwatch chapter is astonishingly poor, decently enough drawn by Carlos D’Anda, but having little to do with the main plot and featuring some truly atrocious dialogue from Micah Ian Wright. An astoundingly pompous Doctor Doom stand-in manages “Prepare to die, dolt!”; “Now die like the insignificant bug you are”; “Filthy mongrel! You dare lay hands on Baron Chaos!” and “All the sweeter when I suck the marrow from your broken bones”. Other dialogue is equally clichéd and unimaginative, and the plot has Stormwatch members deciding they’ll be the final arbiters instead.

Both that and Joe Casey and Alé Garza’s Wildcats chapter require a considerable knowledge of the assorted characters involved, which is presumed on the part of the creators. As the years pass who they are and what they were doing at the time becomes ever more obscure. The Wildcats do at least address the matter at hand, but in a chapter of two halves, one of Grifter in a wheelchair being silly fun, and Spartan confronting the Authority being dull.

Naturally enough, the American authorities don’t take kindly to the Authority taking over, and that’s dealt with in Robbie Morrrison and Whilce Portacio’s closing chapter. It’s straightforward and self-explanatory, which is a relief, and establishes the new status quo to play out in other series. A brief epilogue from Mike Carey and Portacio is enigmatic, but divorced from whatever it led into, meaningless.

There’s not much to recommend Coup D’État. Fans of those series tying-in may get a few insights into the characters they follow, and it’s all well enough drawn in a turn of the century way, but despite the bombast there’s little drama or context.