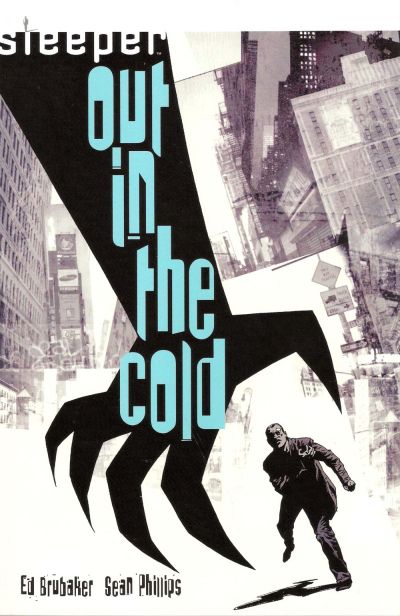 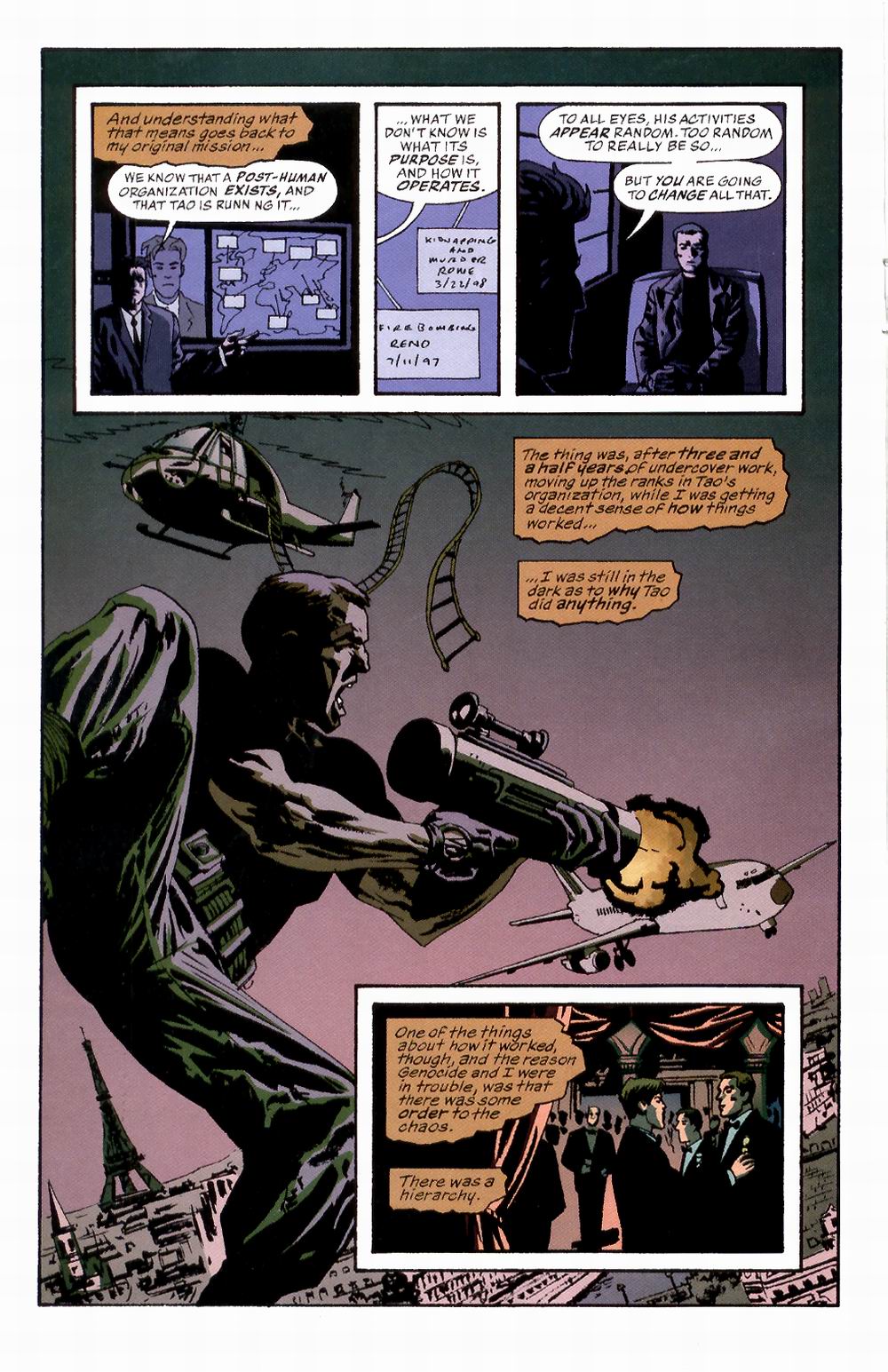 Ed Brubaker and Sean Phillips have been a top class creative pairing for many, many years, and while they’d worked together on one-offs, Sleeper was their first regular collaboration.

“The problem with my story is that is has too many beginnings and no end in sight as far as I can tell”. Surely Brubaker’s hooked his readership with that opening caption. It suggests Holden Carver as a man in conflict, perhaps with himself as well as with others. Plenty more clever first person captions follow as we learn Carver is a sleeper agent infiltrating a criminal organisation. This is connected with the wider WildStorm universe of 2003, but Brubaker minimises intrusions from the superhero community, keeping Carver small scale, although with a talent himself.

It’s a clever premise because what Brubaker establishes early is that while Carver is nominally working for two organisations, he’s broadly ignorant about their agendas. One is supposedly criminal, the other apparently working to protect mankind, yet in practice there’s not a lot of difference between them. Plus, the only person aware he’s a double agent is lying in a coma, leaving Carver up the creek without a paddle, as the creation of a background that would stand up for his mission burned his bridges with former colleagues. With no choice or any way out he continues to infiltrate, yet how much of what he’s doing as he becomes more trusted is actually endangering the world instead of making it safer?

With hindsight the artwork isn’t as impressive as it was at the time. It’s good enough, but Phillips has become a better artist. Here there are half-hearted hints of Frank Miller in the way he plays with light and shade, and he’s not well served by Tony Aviña’s colouring, which is fifty shades of gloom. It’s not that all should be bright, as Brubaker and Phillips cultivate a downbeat noir mood, but some variety would improve the look.

While it’s best not to reveal what Carver can do, Brubaker uses that sparingly, but extremely well, particularly as the fifth chapter ends and we know what a good-hearted, helpful woman doesn’t. There are other diligently placed moments of horror, genuinely stomach turning, and often used to reinforce the type of people Carver hangs around with just in case we mistake them for human. Along with the present, Brubaker supplies plenty of dips back into the past, rounding out Carver and how he was before. It’s all very readable.

Out in the Cold was subsequently combined with All False Moves as Sleeper: Season One, later reissued as Sleeper Book One, and with three further paperbacks as The Sleeper Omnibus.