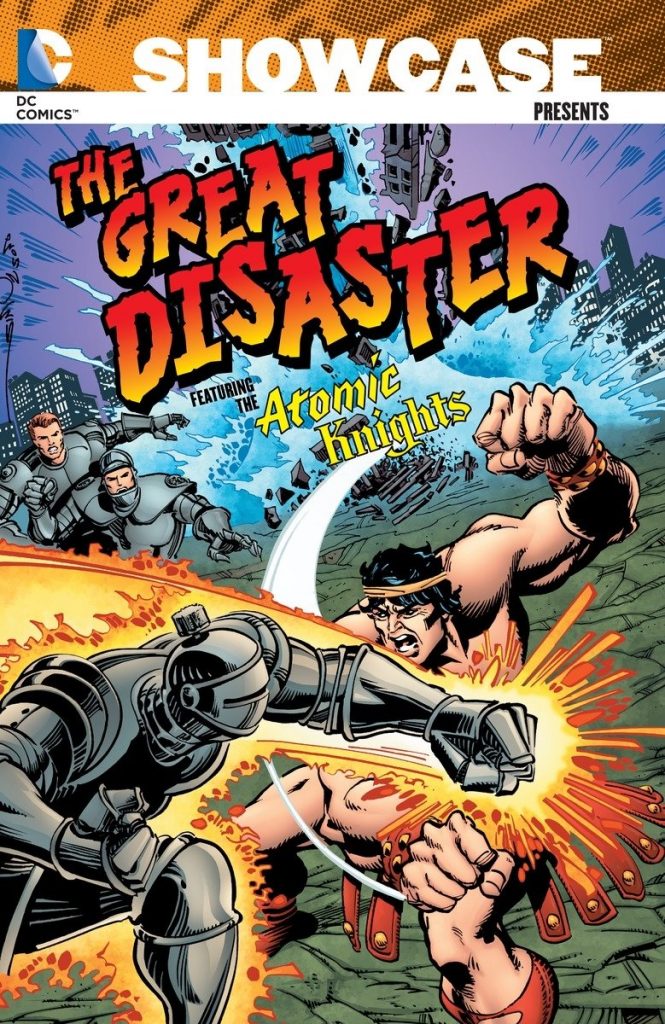 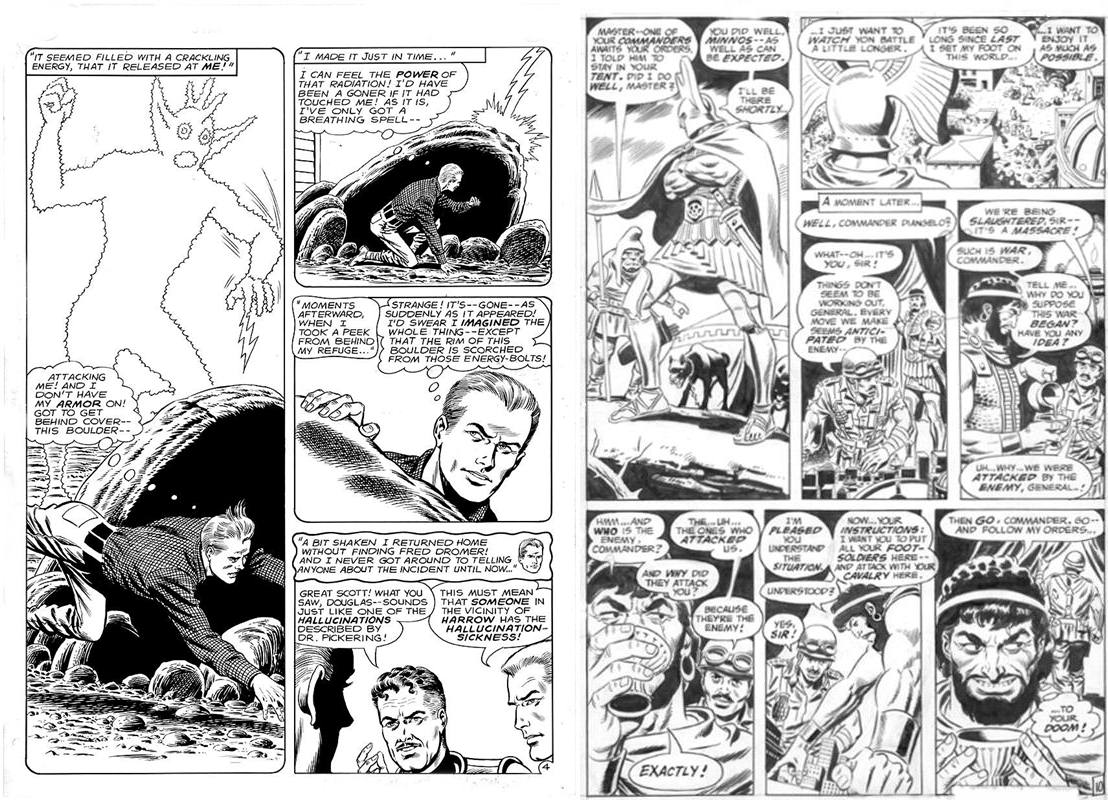 Unlike other bulky black and white Showcase Presents volumes, The Great Disaster doesn’t concentrate on a single series, but pulls its content from several sources, linked by the theme. Assorted DC stories of the 1960s and 1970s were set in the future following a time of disaster. The earliest material is from John Broome and Murphy Anderson early 1960s series The Atomic Knights. It follows World War III in 1986, and has the residents of Durvale wearing ancient suits of armour protecting them against radiation. They ride around on giant dalmations protecting the suppressed and gradually rebuilding society. Hercules Unbound has the demi-god dropped into a post-apocalyptic world possibly caused by Ares, God of War.

The entirety of both series are included along with a four part story from Kamandi’s future where animals have developed human intelligence and forms. Those aren’t drawn by Jack Kirby, but the largely ordinary Atlas is, the art better than the story. ‘The Day After Doomsday’ is a series of morbid, surprise-ending two pagers from DC’s war and mystery anthologies, although by known creators. Even a couple of Superman stories feature. The first of those references a Kamandi adventure not included, and the second teams him with the Atomic Knights.

Their solo material had previously been issued as a hardcover collection, so follow the above link for greater detail. The short review is that John Broome’s creativity and Murphy Anderson’s elegant precision ensure that although many elements are dated, the charm and fun remain over 150 pages.

The remainder of The Great Disaster isn’t available in other graphic novels, and the largest page allocation, two hundred of them, is occupied by the entire mid-1970s Hercules Unbound series. The artistic combination responsible for most chapters is José Luis Garcia-López pencils with Wally Wood inking, but while perfectly acceptable, it displays neither at their best, with Wood overwhelming Garcia-López, and later Walter Simonson, although Simonson’s final solo chapters are a treat. Hercules re-emerges after World War III and hangs about with an unconvincingly intuitive and resourceful blind student Kevin. Gerry Conway’s plots ignore the greater potential, swamping the strip with slightly exotic super villains who’re named after other Greek deities. It improves considerably when guided by David Michelinie and Cary Bates who instead explore the possibilities of the new era, providing goofy and unpredictable SF fun with Hercules now unique.

A meeting of Hercules and the Atomic Knights remains entertaining, and far better than Superman subsequently meeting all of them. That’s an ill-advised 1983 attempt to apply logic and continuity to the 1960s series.

It’s a shame there was no room for one of Kirby’s Kamandi stories also set after the Great Disaster, but his series has now been collected in three formats. His world is represented by ‘Tales of the Great Disaster’, four connected short stories spotlighting the human gorilla Urgall and the companions he picks up. There’s potential in the idea of Urgall being inspired by the words of Abraham Lincoln, and considering all species equal, but it’s never realised.

In the right frame of mind and allowing for the eras, a fair portion of The Great Disaster is simple fun, but the art is of a generally higher standard, and very much the surprising treat in places. In addition to artists already mentioned there’s artwork from Alfredo Alcala, Howard Chaykin, Steve Ditko, Paul Kirchner, Frank Miller and Alex Niño, with the lesser known Vicatan also notable.