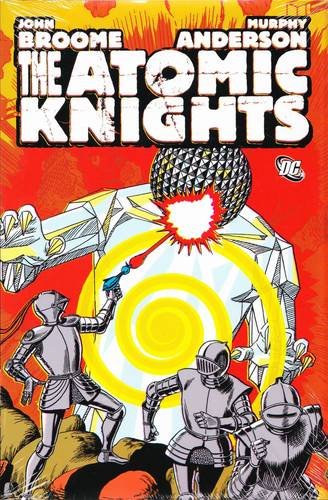 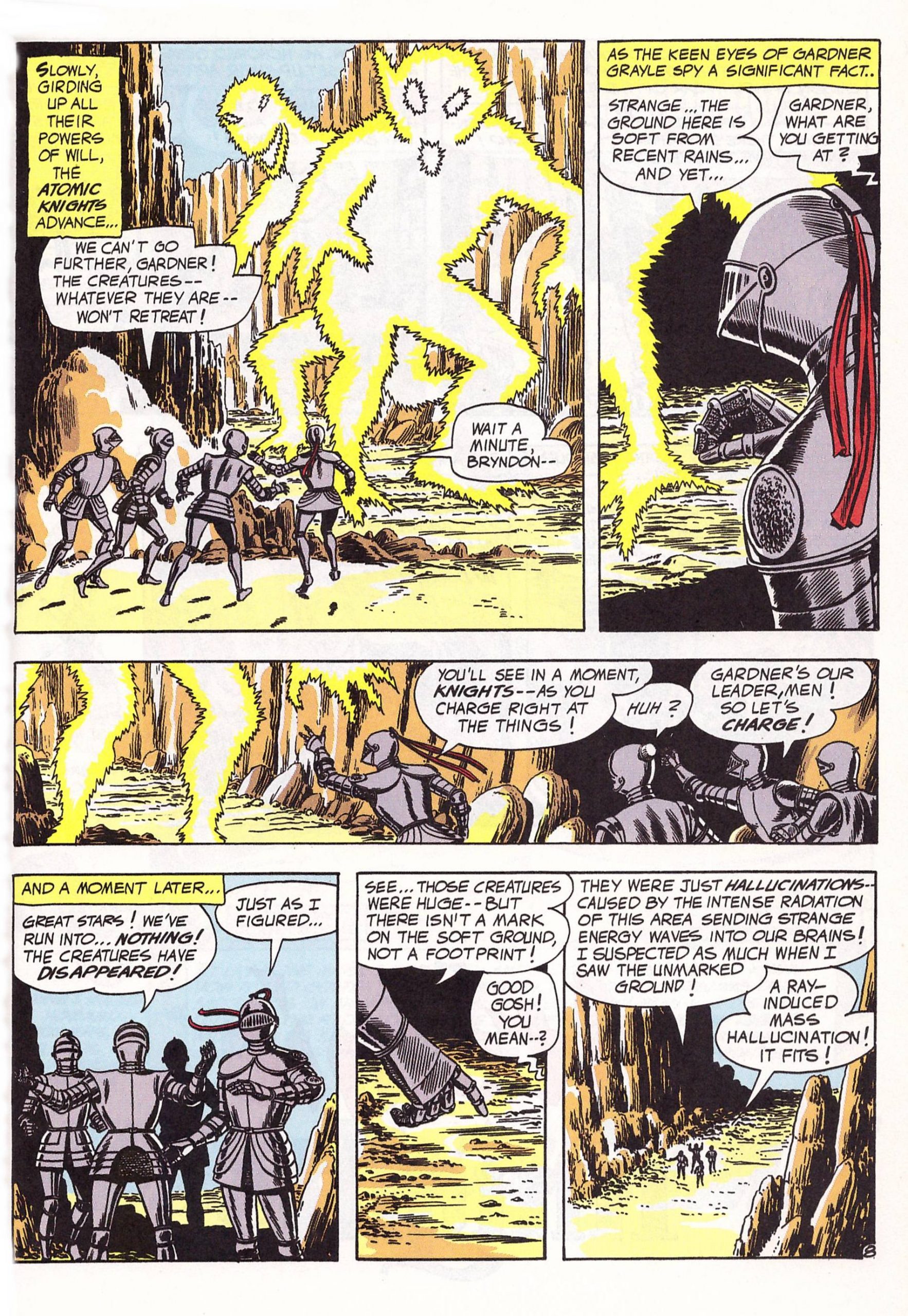 Atomic Knights is an anomaly for DC’s science-fiction output. In some ways, particularly the era-defining clean art of Murphy Anderson, it continues the optimism of DC’s cheerful 1950s approach to science fiction, where the future is something to welcome. Yet the series was created as the Cold War glowed, and the premise setting events is motion is the eighteen days of World War III, which in this continuity occurs in 1986, just 26 years after John Broome and Anderson began the adventures. The war wipes out most of humanity, and destroys all plant life. To begin with it was also presumed animals were extinct, but thankfully Broome changed his mind about that, leading to some of the series’ most memorable images as the knights ride giant dalmations. The contradictions between past and future ensure the series is still readable today, if steeped in the times in some respects.

The most obvious of those contradictions is ancient suits of armour providing protection against both fallout radiation and the few remaining wartime “raguns”, surely conceived by Broome as a notable anomalous visual effect against a generally scorched background. Over the first few episodes the core cast encounter assorted fantastic creatures such as the menace on the cover, explained as radiation mutations, yet little different from the creatures Broome included in one-off shorts for DC’s SF anthologies at the time.

Survivalist fiction wasn’t a staple of comics when the fifteen Atomic Knights episodes were published sporadically between 1960 and 1964, although this is a primitive form of the genre, with simplistic threats required as half the series only runs to nine pages per episode. Broome slowly realises human stories of hunting for canned food, restoring civilisation and the different emerging communities are more interesting than monsters. He works in small increments, progressing the capabilities of Durvale’s residents gradually, but for the time he introduces fantastic ideas such as logging into satellite signals showing the wider world. Some innovations have obviously dated, as have the alien invasions, but Broome was a conceptual writer ahead of his time, and science hasn’t entirely caught up with his imagination yet.

Anderson’s art maintains the contradictions in the 21st century. The precision and the craft remain apparent, yet there’s also rigidity to the layouts, and he’s better with standing figures than movement. This is still attractive looking art, though, and his people are very distinguished. The most out of touch aspect down to Broome is the leading woman, Marene, who starts as plucky and adaptable, but deteriorates into considering herself “just a woman”, and is mis-named “Marlene” on several occasions. There’s some restitution in the final story, but it’s not enough.

Accept the stories as being of their era, yet thoughtfully crafted and with something to say about the human spirit, and there’s still a lot of fun to be had with Atomic Knights. A drawback is that when issued this was an expensive hardcover, and prices have held. An alternative is the black and white presentation as part of Showcase Presents The Great Disaster.