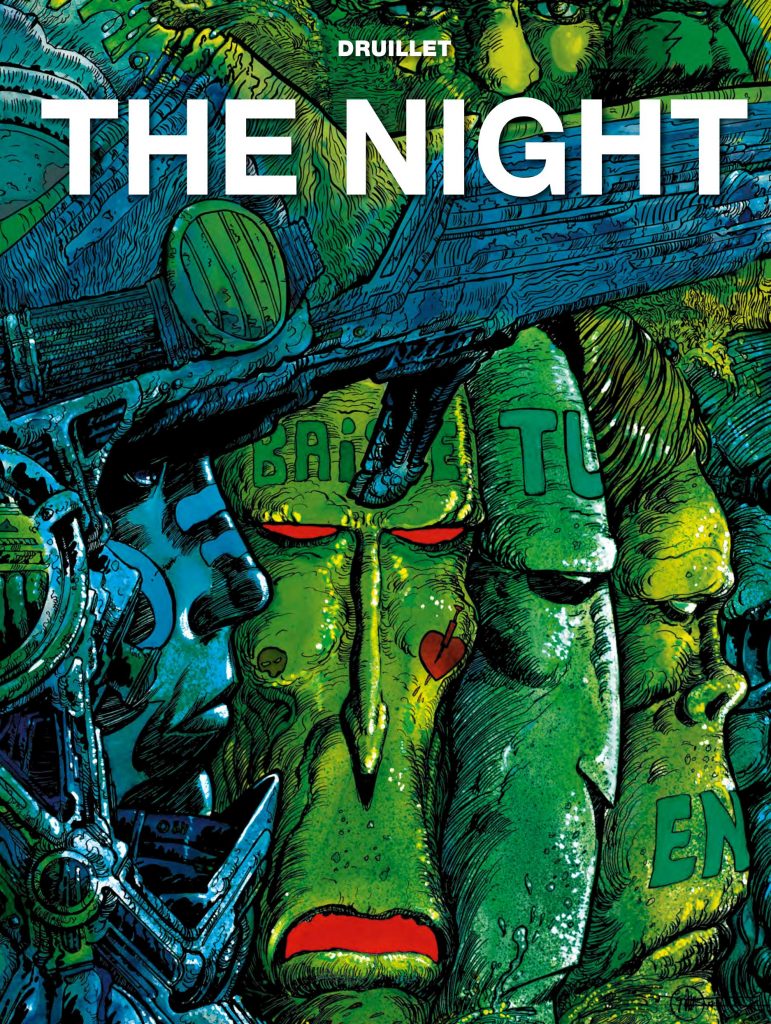 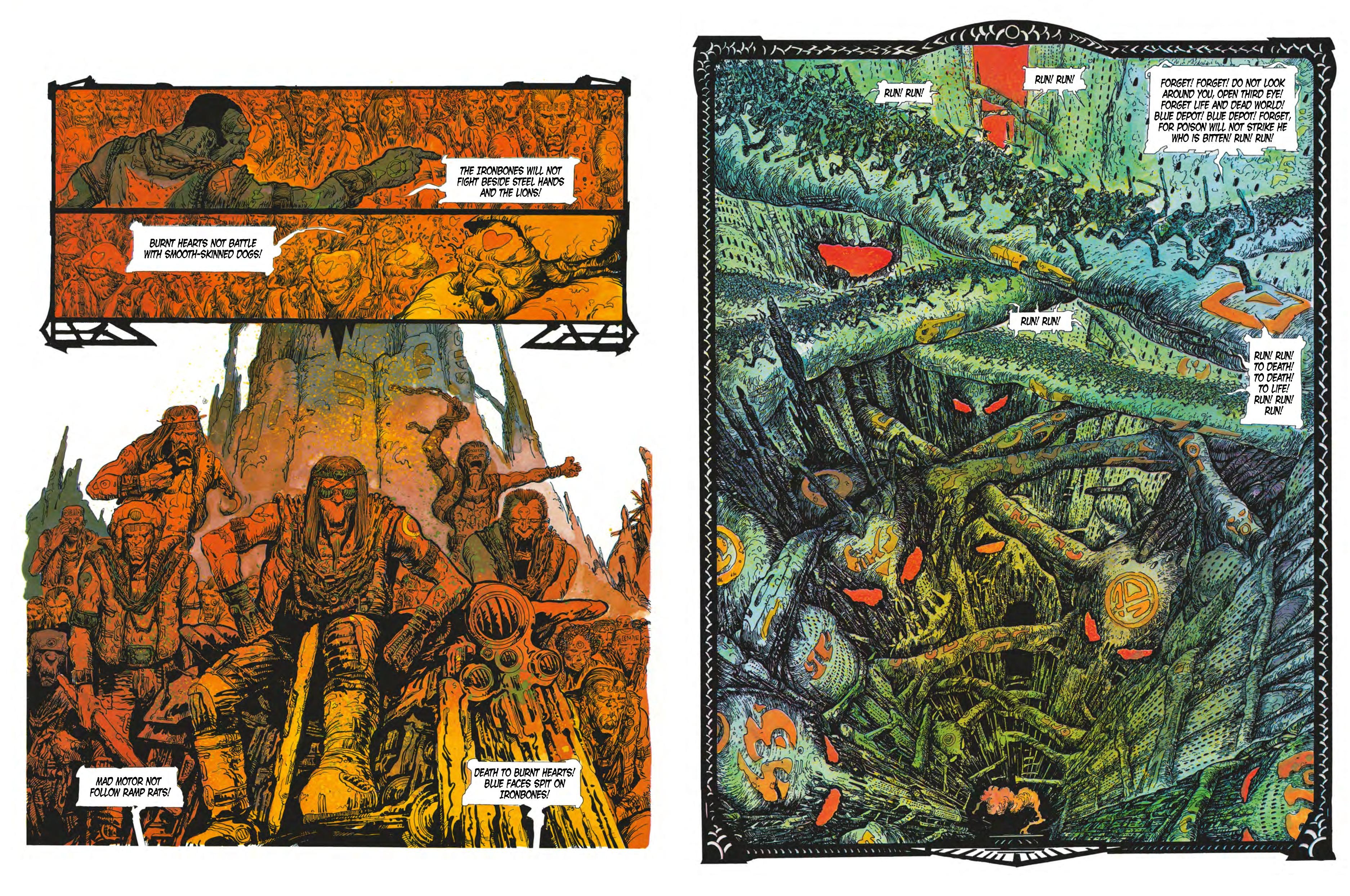 In 1975 Philippe Druillet was not in a good place. He’d helped revolutionise comics as one of the founding creative partners of publisher Les Humanoid Associés, and Metal Hurlant, both launched to enormous acclaim, but any enjoyment he derived was countered by his wife’s terminal illness. The Night is his response to that, the story content preceded by a coruscating rant about the failures of medical science and its representatives. It’s dedicated to Nicole, and is his most nihilistic work, a piercing cry from the heart railing against fate.

In some apocalyptic wasteland the Lions are a psychotic biker gang, brutal and merciless, fighting for possession of scraps in a place where there’s nothing else and deadly sandstorms are always a threat. Everyone is scarred and mutilated. Druillet tells his story in mythical terms, as if a legend passed down, the dialogue as terse and violent as the action, as the tribes unite for a night of do or die desperation to assault the Blue Depot.

Plot is a secondary consideration. At it’s most basic The Night is easily compared to the anarchic post-apocalyptic society of Mad Max (although let it be said that Druillet was there first), with plenty of action spreads overlaid with basic, but inventive dialogue. Translator Edward Gauvin worked harder than usual bringing the insults to English. It’s also bonkers, including a sequence of line-dancing bikers singing Brown Sugar, and by the end incorporating Madonna-like pictures of Nicole Druillet surrounded by the phantasmagorical bikers as the now portrait spreads require turning the book ninety degrees. Visually, The Night is an assault on the senses, the detail and colour influencing a generation of artists who’d work for 2000AD just for starters. Look at the sample art and you can see hints of Carlos Ezquerra, Mike McMahon, Kevin O’Neill, Simon Bisley, SMS and plenty since as their influence has in turn trickled down to others. Given that page after page still looks amazing forty years after the original publication it’s hardly difficult to imagine the jolt to the senses it must have been back when originally published. Druillet’s wild figures and vivid colour dissolve into insanely detailed scenes of slaughter, and for all the greater coherence about his better known science fiction comics, there’s a case to be made for the visceral howl of The Night being Druillet’s best work.

There have been reproduction disappointments with some of the earlier 21st century translations of Druillet’s graphic novels, but these have been resolved for The Night, which is vibrant and sharp.