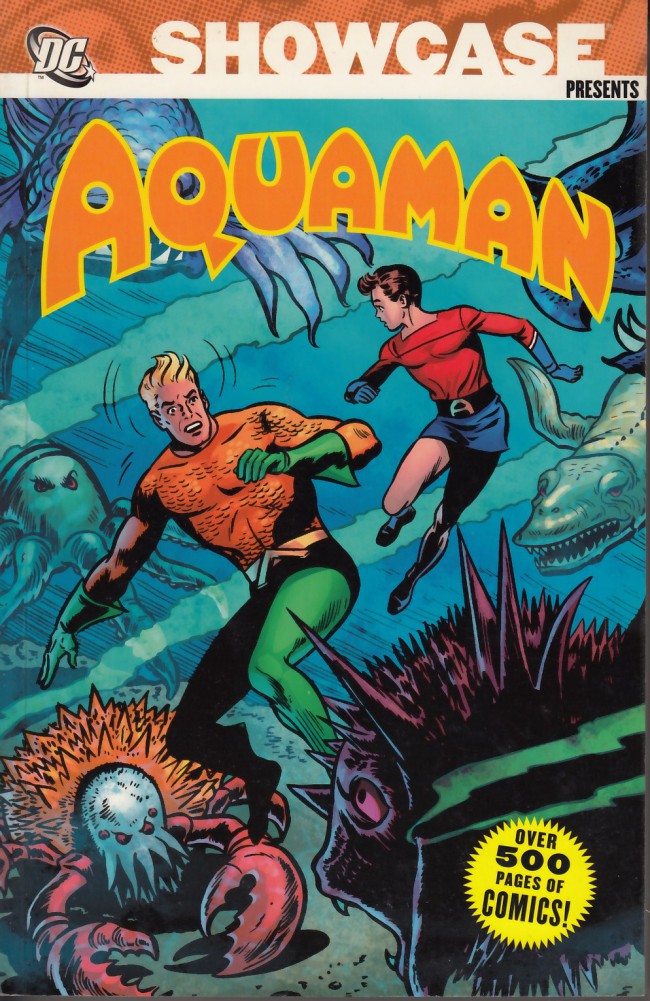 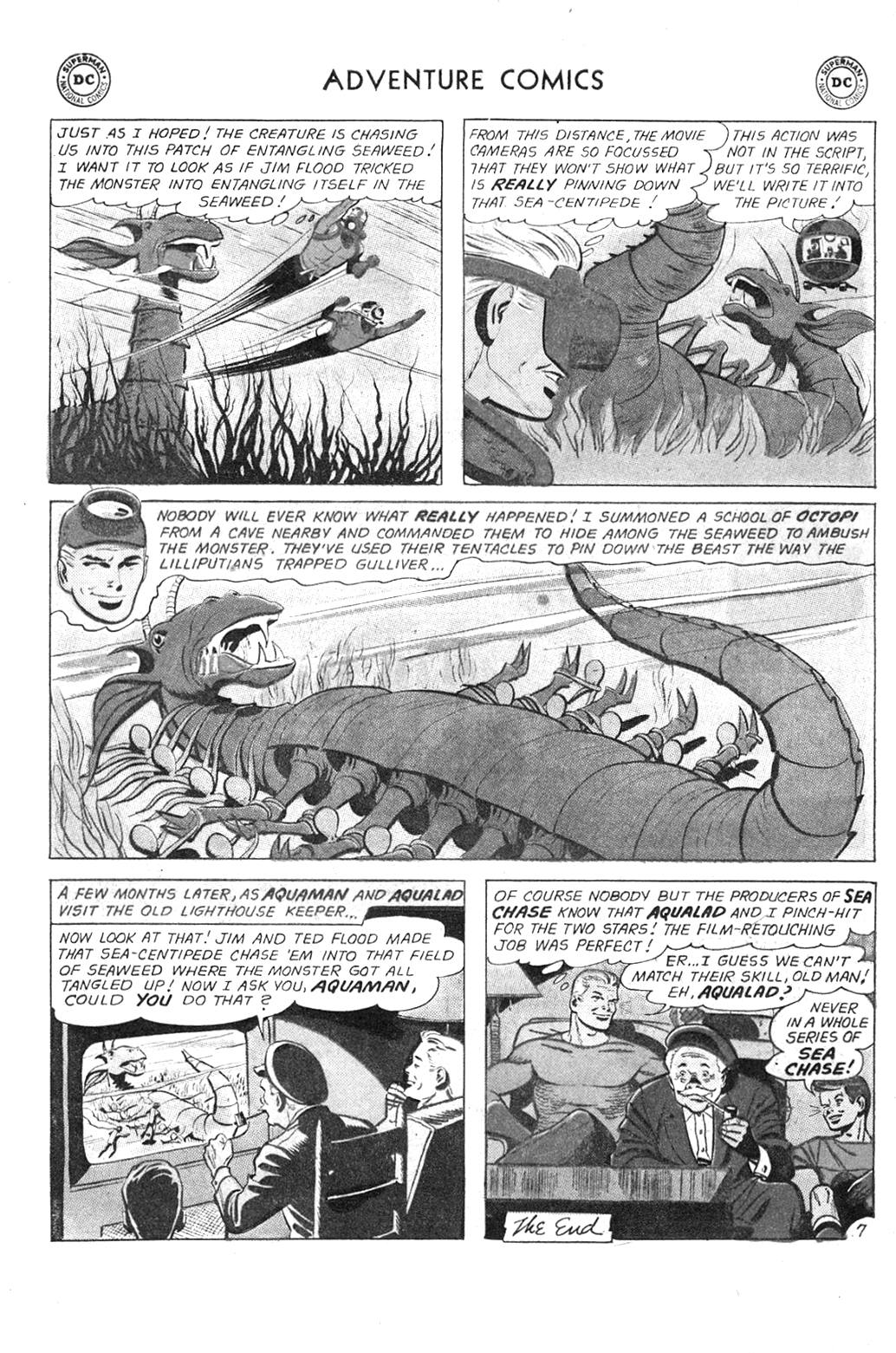 It’s largely unsung, but Aquaman was one of the few superheroes to survive the late 1940s genre collapse. Created by Mort Weisinger and Paul Norris in the wake of Timely Comics’ Sub-Mariner, he first appeared in 1941, and was still around for the rebirth of superheroes in the late 1950s, when DC updated its hoary survivors.

The opening half of this volume is written by Robert Bernstein and drawn by Ramona Fradon, in place as artist for five years by the 1959 ‘How Aquaman Got His Powers!’, indelibly stamping the subsea hero with her unique blend of charm and sleek competence. Aquaman’s new origin was as the offspring of a lighthouse keeper and an undersea refugee from Atlantis, and eventually all trappings of the modern superhero followed: themed hideout, sidekick and even super-villains! Moreover, greater attention was paid to continuity and the concept of a shared universe.

49 adventures encompass that early period of renewal, taking the Sea King from wandering back-up bit-player to his own series. The initial stories are undemanding, ranging from simply charming to simply bewildering examples of all-ages action to rank alongside the best the company offered at the time. ‘Aquaman Duels the Animal Master’, ‘The Undersea Hospital’, ‘The Great Ocean Election’, ‘Aquaman and his Sea-Police’ and ‘The Secret of the Super Safe’ kept the hero in soggy isolation, but via an early crossover, Aquaman made his full entrance into the DC universe.

‘The Mermaid of Metropolis’ sees Superman’s Girlfriend Lois Lane suffer crippling injuries in a scuba-diving accident. On hand to save her is Aquaman and a surgeon who turns her into a mermaid so she can live a life without legs beneath the waves. Yes, yes, but just accept the adage “Simpler Times”. In all seriousness, Bernstein’s silly story is a key moment in developing one-universe continuity. That it’s drawn by Kurt Schaffenberger – one of the most accomplished artists ever to work in American comics – makes it even more adorable, for all its silliness. Later there’s a teaming with Green Arrow drawn by Lee Elias.

In what would now be referred to as “world-building”, these stories introduce Aqualad, but not before Aquagirl in a tale giving more information about lost Atlantis whilst testing the waters (sorry!) for a possible sidekick. In those days the Sea King spent most of his time expositorially dialoguing with an octopus.

To try Aquaman for his own series Jack Miller expanded on the origin in what proved Fradon’s last regular outing. Comics veteran Nick Cardy’s more realistic approach visually makes Aquaman his own for the next half-decade, although there are occasional guest slots. Artists are identified by style, but incomplete records mean anonymous writers beyond Bernstein and some Miller tales.

Aquaman celebrated earning his own title after two decades by involving himself with the water sprite Quisp, part of a strange trend for cute imps and elves who attached themselves to far too many heroes of the time. His contributions were numerous and obviously carefully calculated and considered. The volume concludes with ‘Too Many Quisps’: a sentiment difficult to disagree with, but still beautifully illustrated by Cardy.

Fradon’s Aquaman is a neglected run of universally-accessible material, and it’s a sheer pleasure to discover just how readable they still are. When the opportunity arises to compare her astounding work to the best of a stellar talent like as Nick Cardy, this book becomes a true fan’s must-have item and even more so when the stories are still suitable for kids of all ages. There’s more in Vol. 2, while the first two-thirds of this material are supplied in colour in Aquaman Archives. 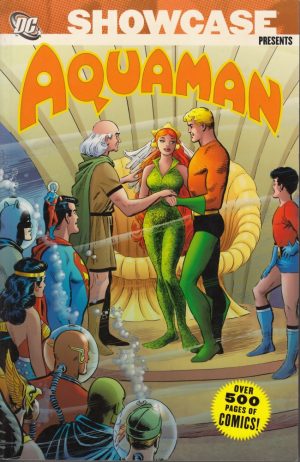 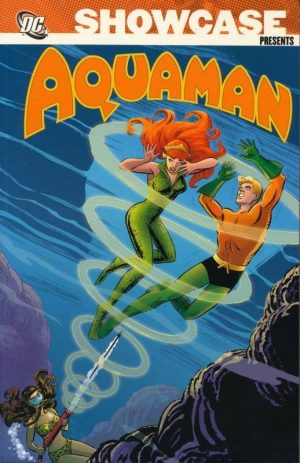